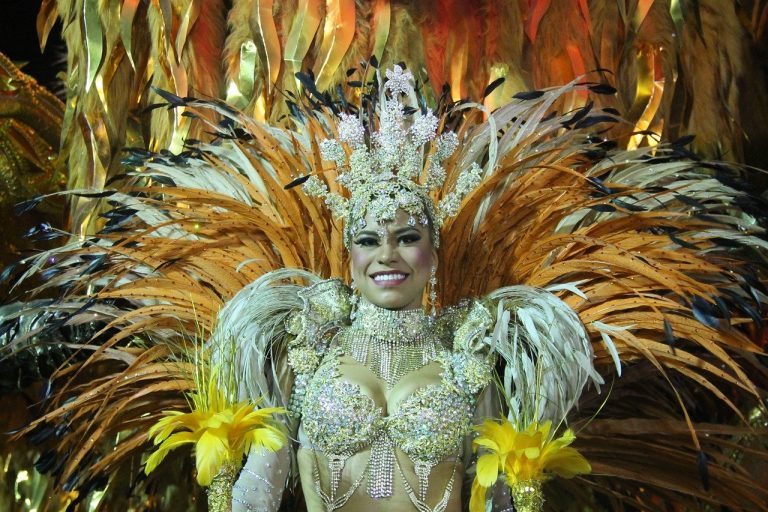 South America is known for its extravagant celebrations that showcase the magnificent culture and vibrant traditions year-round. If you want to experience the unique temperament and insatiable zest for life, visiting one of the biggest festivals of South America is the way to go. Many extravagant parties are held throughout the year celebrating the history, culture, and traditions with a burst of colour, music, and dances.

The Carnival in Rio

The most famous Southern American festival in the world is the carnival. It takes place the week before Lent every year and attracts millions of visitors from the country and the whole world. Held over two weeks, the carnival in Rio is celebrated with masses of people dancing in the streets and huge parades with mesmerizing dance shows held by the best samba schools of the country. Enormous parties, a burst of colours, impressive costumes and floats make the carnival a sight to behold.

The carnival has even made its way into our modern pop culture. For instance, the animated film Rio brings Brazil, its nature, and the epic festivities onto the screen, while the 1950s movie Black Orpheus tells a love story during the carnival. The festival has even made it into the world of games, such as the simulation game SimCity BuildIt where players can create their own version of the carnival. The Brazilian traditions have also infiltrated the realm of casino games, having inspired the creation of a variety of slot machines that are available at online casinos in different regions around the world, bringing the South American tradition to all corners, from the Americas to Europe and the Middle East. The best platforms that have been reviewed by experts offer a wide variety of casino games like ArabianBetting. Among them, players can find slot machines such as the Carnival Queen and Rio Fever that bring the carnival festivities onto the reels. Anyone who has enjoyed the euphoria of the celebrations on the screen should travel to Brazil to experience it in real life.

If you are looking for the best South American destination to visit in June, Peru is a great choice. Every June, on the Winter Solstice, the epic celebrations of the Inca Festival of the Sun, the Inti Raymi, takes place in Cusco. It transforms the city’s streets into an explosion of vibrant colours, traditional dances, and awe-inspiring costumes. The Inti Raymi originated in the ancient Inca Empire and is still a celebrated tradition today. With the festival, Peruvians honour the sun, welcome the beginning of the Inca New Year, and celebrate the year’s harvesting season.

The vibrant festivities go on for nine whole days and usually fall on June 24. While most of the celebrations, marches, dances and processions take place in the archaeological site of Sacsayhuaman in Cusco, the Inca capital, Inti Raymi is celebrated all across the region with parties and festivals abound. If you want to experience Peruvian vibrant tradition and culture at its finest, the Inti Raymi shouldn’t be missed.

Day of the Dead in Mexico

Another iconic South American festival is the Day of the Dead, or rather the Dia de los Muertos. Held every November 1 and 2, the Day of the Dead is celebrated in Mexico and throughout Latin America. While the name of the celebrations may sound dark and grim to some, the Day of the Dead is actually a massive festival of colour, dances, food, and parties. It is believed that on November 1 and 2 the deceased loved ones return to the realm of the living to enjoy a party together with their friends and families. People join large processions to their local cemeteries and create ofrendas, altars with offerings, decorated with colourful calaveras (sugar skulls) and flowers to honour the dead.

The tradition of welcoming back the souls of the dead goes back some 3,000 years to pre-Columbian Mesoamerica, when death was seen not as the end of life, but an integral part of it. The celebrations have long inspired our modern pop culture with movies like Coco, The Book of Life and even James Bond showcasing the colourful Day of the Dead on the screen.

If you want to experience the vibrant culture and mesmerizing tradition of South America, visiting one of these inspiring festivals is the way to go. The carnival, Inti Raymi, and the Day of the Dead are three of the best celebrations of South America you will remember forever.