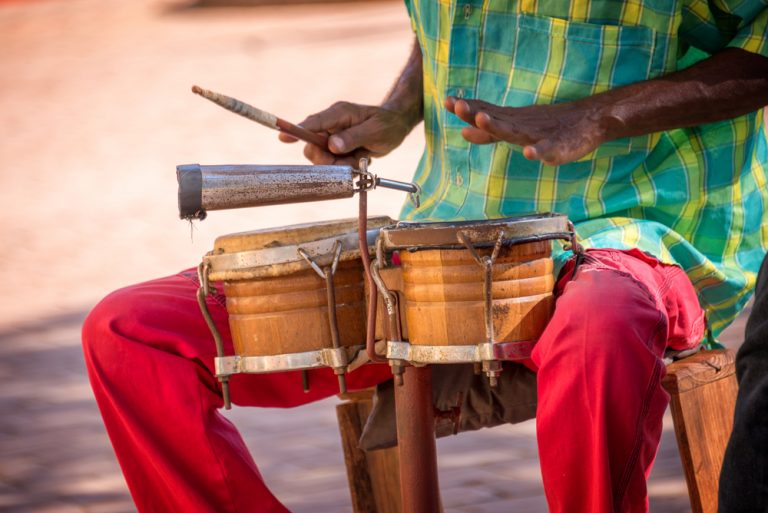 What Are the Top 11 Traditional Instruments Used in Latin America?

Latin America is known for its colorful cultures and most especially its upbeat and rhythmic music. The diverse cultures played a great role in the creation of the musical styles and dances in Latin America. There traditional instruments vary among the different countries and you can head to the Musician Authority website to learn more about music and musical instruments from this region. If for some reason you cannot access the website and do not know how to unblock websites try to use VPN. VPN can give you access to any website in the internet. As a bonus VPN will protect your data from hackers and malware.

Here are some of the traditional instruments that are commonly used in this region.

Invented by Harold Rhodes in the recent era, digital piano is an alternative to the acoustic counterpart with almost the same construction and working method. Also known as electronic piano, the best digital piano is now getting famous across the globe as many people who cannot afford acoustic models can easily get their hands on electronic pianos. They have got weighted keys and could be used to create unique symphonies and something aesthetic. You could also use digital pianos to learn playing popular songs and music rhythms in a single go.

This instrument resembles a tambourine. It is held by the hand and comes with small cymbals around its side. It’s widely popular in Brazilian music especially capoeira and samba. This instrument is considered versatile as it can be tuned to your liking. It can also be played in different ways including using the fingers and the whole palm.

With its origins from Cuba, this single-headed drum commonly comes in a set of two. Each of the drums is tuned to a specific pitch, giving the drums its rhythmic beat. You can use various sounds with the conga by striking the instrument on its head using your hand.

This handheld musical instrument is also believed to originate from Cuba. It is made with a piece of metal or wood. It is hollowed out and comes with grooves that run horizontally along its side. The güiro is played similar to a washboard – it’s held in one hand and using a stick, it’s scraped, which creates a rattling sound. Another way to play it is to strike it using a stick.

This instrument is an essential part of various Latin music including meringue, salsa, and mambo. It has a resemblance to the conga, in such a way that it is played in pairs. However, the timbale comes with metal rims and is shallower than the conga. The timbale heads give a resonant and high-pitched tone because the drum heads are tuned high. It can be played by striking a stick to its head or metal casing.

The maracas are believed to originate from various places including Venezuela and Puerto Rico. It is not only popular in Latin American music but also all over the world as a back-up instrument. Probably the major reason behind its popularity is its simplicity to play. The maracas are made of a hollowed-out shell with a handle. Inside the shell are dried seeds, so that when the instrument is shaken, the maracas produce a rattling sound.

This Latin American instrument, which is common in Cuban music, looks simple. However, it is among the most distinct of the instruments in the region. It’s a handheld wooden block that is approximately as small as a big cigar. To use the instrument, you strike two claves together to make a sound.

This instrument is usually played in the Caribbean islands. The instrument was said to originate in Cuba and later used by Puerto Rican people. It’s clearly created based on the idea of a guitar based on its appearance. In some places, this instrument is called a bandola or a triple. It has six strings like the guitar, but these strings are grouped into three. The el tres is an instrument commonly used for music that has Spanish and African influences.

The la marimba is an instrument that originated from Central America. Other people believed that this instrument was created during the Mayan civilization while others say that it was created by slaves as their own version of an African instrument. Costa Rica and Guatemala are still known to use the instrument until today.

It is entirely made of wood and the sound is generated by striking on its wooden bars, which are located over resonators of varying sizes. The player uses long sticks that are rubberized on one of its ends.

Made of wood and leather, this instrument is said to originate from Argentina. It resembles a drum but produces a distinct sound. It’s said to be among the oldest instruments being used today.

Latin America is a large region composed of various countries with rich culture and traditions. All over the world, countries in this region are known for their distinctive dances and music. The musical instruments mentioned above help create the wonderful music that originates from Latin America. And if you are a professional musician, you may want to consider teaching music abroad.