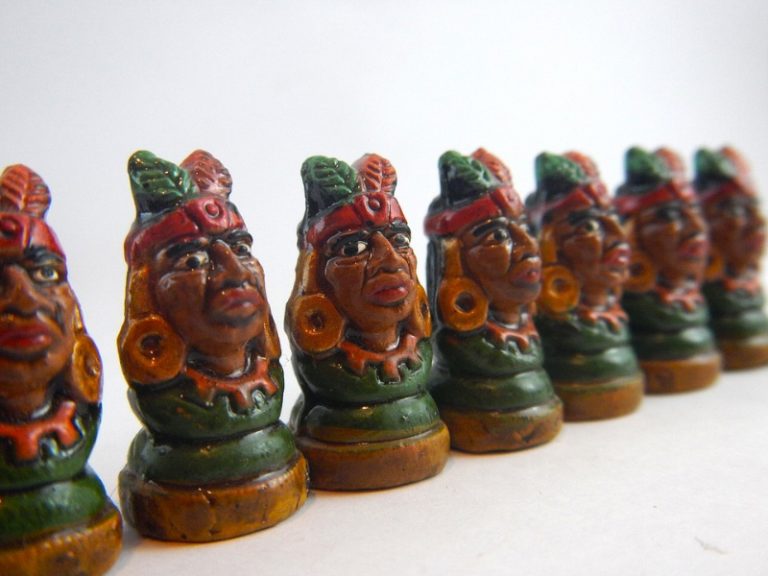 Aztec civilization represents one of the great mysteries and great tragedies of the Americas. Ruling over much of the Mexican basin with their territorial reach stretching all the way into modern-day Guatemala, the Aztecs were an economic, military, and cultural powerhouse at their zenith.

While various aspects of Aztec culture have been represented – accurately or not – in mainstream media for decades now, one element that is often forgotten about is the music of the Aztec people.

However, music played a central role in the everyday work, life, celebrations, and politics of Aztec society. Therefore, any informed understanding of the Aztecs should take into account the role of music. Here’s what we know.

First off, let’s look at just how important and central music was to various Aztec peoples. Early visitors from colonial powers in Europe were often struck by the emphasis on music in Aztec society, with one Spanish friar commenting that Aztecs of all walks of life were always singing and dancing, while marvelling at their “ingenious” ability to compose musical pieces on the spot.

Meanwhile, all students in Aztec society between the ages of 12 and 15 were taught music composition daily in school, something that was almost unheard of among the few who went to school in Europe in the 16th century. Aztecs were required to know the most important patriotic songs of their people and history, as these would frequently be played at festivals and holy days.

While there is no denying that music was of central importance to Aztec culture, this is not always clear from popular depictions of the Aztecs in the present. Nevertheless, some cultural depictions of Aztec culture in the present day do attempt to incorporate an Aztec sound, and may actually do a decent job. The award-winning historical drama La Otra Conquista makes extensive use of authentic Aztec instruments, such as the huilacapitztli flute and conch shells for an authentic sound.

One can even consult the world of online gaming to find attempts at soundtracks with an Aztec feel. For example, popular online casino games such as Aztec Spins and Aztec Gold, where players explore classic backdrops of Aztec temples for prizes, make extensive use of pan flutes and drums in a way that adds to the immersive feel of these otherwise quite simple games. It seems like Aztec music is still alive in the most unexpected places.

So, what did Aztec music really sound like? To answer this question, one can look at the actual historical records of the instruments Aztecs used in their everyday musical compositions. Rattles, shakers, drums, clay flutes, ocarinas, and conch shell trumpets all formed the basis of most Aztec compositions. More specifically, a conch shell known as a tecciztli and a snail horn known as a miquiztli were most commonly used, as were a variety of drums for the percussion.

There was the teponaztli, a long horizontal drum that was played with huge mallets, as well as the ayotl, a powerful drum made from a turtle’s shell. The result was a sound that formed a cacophony of beats, one that is in equal parts emotive, spiritual, and that you can’t help but move to.

Aztec culture may be considered to be a thing of the past, but the music is still very much with us today.