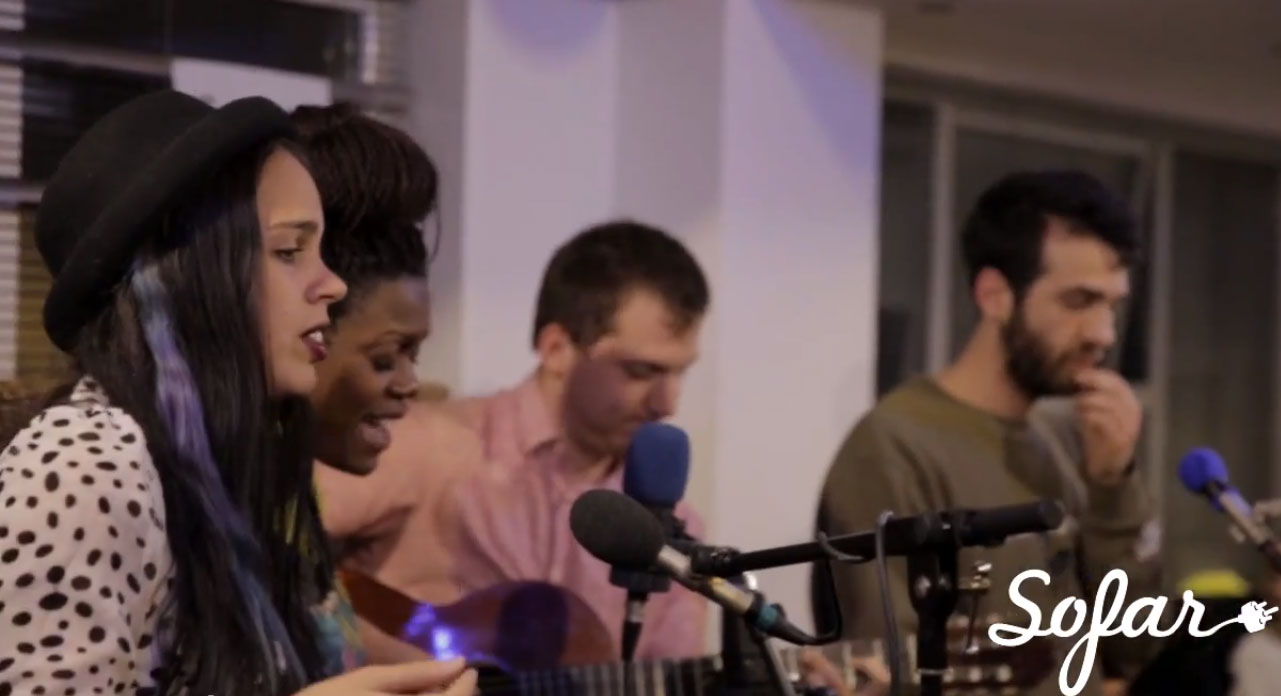 Wara have been making a name for themselves on London’s live circuit over the past few years, thanks both to their energetic live show and their songs, which aim to tell vignettes of London life for the immigrants who live in the city (of which many of Wara are).

When Wara talked to Sounds and Colours’ Nicholas Nicou last year they mentioned how a show at Hay Festival last year saw the band embark on acoustic versions of their songs. Emboldened by the results, which meant that even more of the focus shifted to the lyrics, the band would later record their song “Flesh and Bone” acoustically on their debut album.

Now, thanks to the good people at Sofar Sounds (who regularly arrange and record intimate gigs all around the world – you should seriously check their site out and go to their gigs!) we have the chance to hear how “Flesh and Bone” looks and sounds in that context. Featuring the vocals of Eliane Correa and Juanita Euka, as well as London-bred Josh Solnick (aka MC Murmur), with just guitar accompaniment, this is a great introduction to what makes Wara’s songs tick. When talking about Solnick’s contribution in that S&C interview, Correa said: “… what he wrote for ‘Flesh and Bone’? For me? It’s some of the best shit I’ve ever heard from him”.

Time to make up your own mind, here’s Wara performing “Flesh and Bone” for Sofar Sounds: