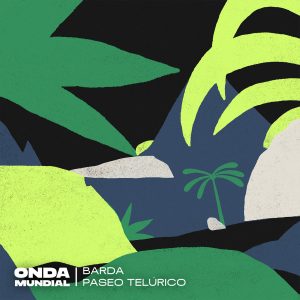 Cecilia Gebhard (alias Barda) has been making waves for a while now with her downtempo mix of organic textures and soundscapes born of the connections and disparities between machines and nature.

With her latest release, she again fuses different veins of beatmaking.

Paseo Telúrico is a short, sharp, four-track from the Argentinian producer and DJ, released through the relatively-new Onda Mundial label.

The use of the word ‘telúrico’ in the title conveys a deeper, formal understanding of the earth, underlining the connection with nature and more serious themes and sounds.

The three tracks (plus a fourth which is a remix of the title number) display the clap-clicks, breaks and flow that are the signals of her style. Of the short playlist, “Costanera Sur” stands out for its harmonies.

Barda has spoken previously about what she describes as ‘errorismo’ and how it informs her work. She sees it as happening upon creations accidentally by trying new ideas and letting the music, beats and rhythms bump up against each other in unplanned ways via experimentation, rather than following a defined path for a track that was planned before you have even got into the studio.

Through this technique she encounters unexpected patterns and sounds that she can then take or leave when it comes to producing the track.

But it is the process that is important: allowing the space for unforeseen beats to emerge by not being constrained by a pre-determined image for how the track should feel.