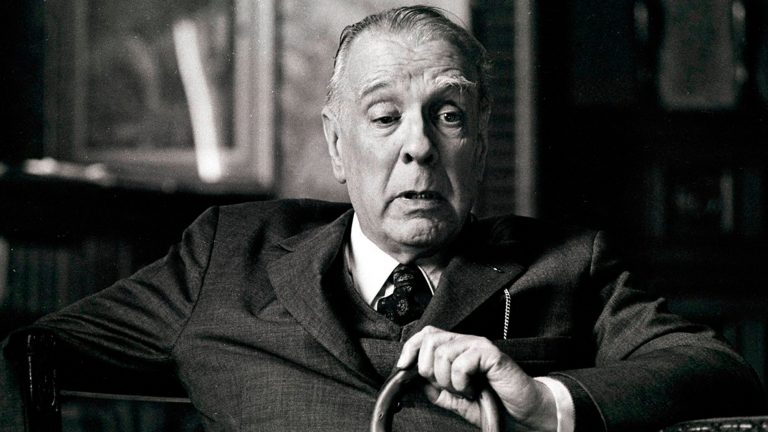 Borges and his Successors

In his short essay Kafka and his Precursors, Borges writes of the Czech author that “at first I had considered him to be as singular as the phoenix of rhetorical praise.” This quote could easily be applied to Borges himself; with a prolific canon of work spanning poems, short stories and non-fiction, a background and personal life at once Europhile and unmistakeably Argentine, and a style both instantly recognisable and extremely difficult to categorise, he is a literary figure like few others. However, just as Borges begins to find Kafka’s “voice, or his practices, in texts from diverse literatures and periods,” his own influence can be seen on many contemporary authors, because of, rather than despite, the singularly broad scope of his work.

For a writer known for his sparse style and short narrative form, Borges’ writing knew little thematic limit or restriction. His characters were as diverse as his subject matter; gauchos, Nazi war criminals, young men with encyclopaedic memories and Arabic kings, to highlight but a few, brought to life questions of language, reality, the self and the very medium of fiction. It is perhaps no surprise, then, that his influence can be found in a broad range of contemporary fiction, from Umberto Eco’s monastic detective story The Name of the Rose to the graphic novel series Doom Patrol with Grant Morrison at the helm.

Borges himself was acutely aware of his own influences. His father’s English-language library dominated his childhood and left a profound impression, and years spent living in Europe in his teens and twenties brought Schopenhauer, Apollinaire and Spanish avant-gardists into his literary orbit. As his career developed, his detective stories such as Death and the Compass drew strongly on those of Arthur Conan Doyle, whose work he appreciated for its intellectual approach, and Edgar Allan Poe, who Borges credited with inventing the genre. Other pieces like Shakespeare’s Memory and Pierre Menard, Author of the Quixote played with ideas of intellectual ownership and the appropriation of other authors’ ideas. Borges saw questions of influence as part of a wider discourse on the nature of fiction and reality itself.

It is this theme, that of language, writing and its relation to the external world that is often the strongest sign of a Borgesian influence on contemporary work. Published in 1980, Umberto Eco’s The Name of the Rose is arguably the most well-known example of this influence; a medieval murder mystery that questioned the nature of language, truth and fiction. The novel, set in 1327, focuses on the attempts of a Franciscan novice to investigate a series of deaths in an Italian monastery, a fractured, philosophical, at times misdirected detective quest that evokes the aforementioned Death and the Compass.

The influence of Borges is ever-present in the novel, much of which takes place in the monastery’s labyrinthine library, a clear reference to the concept of the total, infinite library that permeates Borges’ work, seen particularly in his short story The Library of Babel. Borges wrote in this piece that the titular library contains “all that is able to be expressed in every language;” Eco, a semiotician, was keenly aware of exploring the ability of language, specifically the written word, to express or create meaning, and as such the monks not only use their library to categorise and archive the world, but also to access it. It is also no accident that Eco’s library is presided over by the blind librarian Jorge; Jorge Luis Borges having been made director of the Argentine National Public Library in 1955, by which time he had completely lost his sight.

The Borgesian theme of language and its relation to the external world is also clearly visible in the work of author Paul Auster, most notably The New York Trilogy (1987). Like Eco, Auster uses detective fiction as a means of exploring questions of language and its imposition or reflection of order and identity in the universe. City of Glass, the first story in the trilogy and the strongest example of Borges’ influence, centres on a private detective studying the strange case of Peter Stillman, a man who spent most of his childhood locked in isolation as part of his father’s attempts to rediscover the “divine language.”

Stillman Sr. believed that this language would be “A language that will at last say what we have to say. For our words no longer correspond to the world.” Like The Name of the Rose, this analysis of the relationship between language and the world places City of Glass in the tradition of Borges’ Library of Babel and Tlön, Uqbar, Orbis Tertius. Furthermore, the explicitly religious nature of this revelatory language evokes his stories The Aleph and The Writing of the God. The influence of Borges’ non-fiction work is also apparent in City of Glass; his essay John Wilkins’ Analytical Language explores an attempt to either reveal or construct a perfect, universal language, albeit through philosophical investigation rather than religious fervour.

Auster’s City of Glass is also notable for its subversion of narrative voice and authorial identity. Borges was fascinated by repetition and fractals, and explored these themes and their disruption in stories such as The Garden of Forking Paths, where non-linear plots are linked to the idea of the infinite text or library. City of Glass distorts traditional narrative voice with characters assuming different inter-related names and identities throughout the story, including that of Paul Auster himself. This latter aspect especially betrays the influence of Borges, who toyed with the author-character distinction in such pieces as Borges and I.

While these two examples arguably display the most prominent Borgesian influence, his fingerprints can still be found on the work of many other modern authors. Like Auster, Italo Calvino drew on Borges’ distortion of the role of the author, a theme particularly visible in his 1979 novel If On A Winter’s Night A Traveller. Borges’ work is also seen as a precursor to the magical realist tradition, as well as the Latin American Boom more generally, having strongly influenced such figures as Julio Cortázar, Gabriel García Márquez and Mario Vargas Llosa. While Borges arguably went further into the fantastical than most magical realist writers, creating new worlds and universes, stories such as The Aleph and Funes the Memorious mix the magical and the quotidian in the style of that genre.

As well as those of Paul Aster, Borgesian themes and stylistic devices are still present in other examples of his own medium of choice, the short story. Contemporary Israeli writer Etgar Keret displays Borges’ influence in his albeit more absurdist work, such as the collection Suddenly a Knock on the Door (2012). Similarly, the US writer Nathan Englander has echoes of Borges in his fiction; avowedly not a magical realist, but nevertheless often mixing a fantastical tone into his short stories, most notably “The Gilgul of Park Avenue” in For the Relief of Unbearable Urges (1999). Evidently, the man who once wrote “writing is nothing more than a guided dream” remains an important guide for many of those that have followed him.