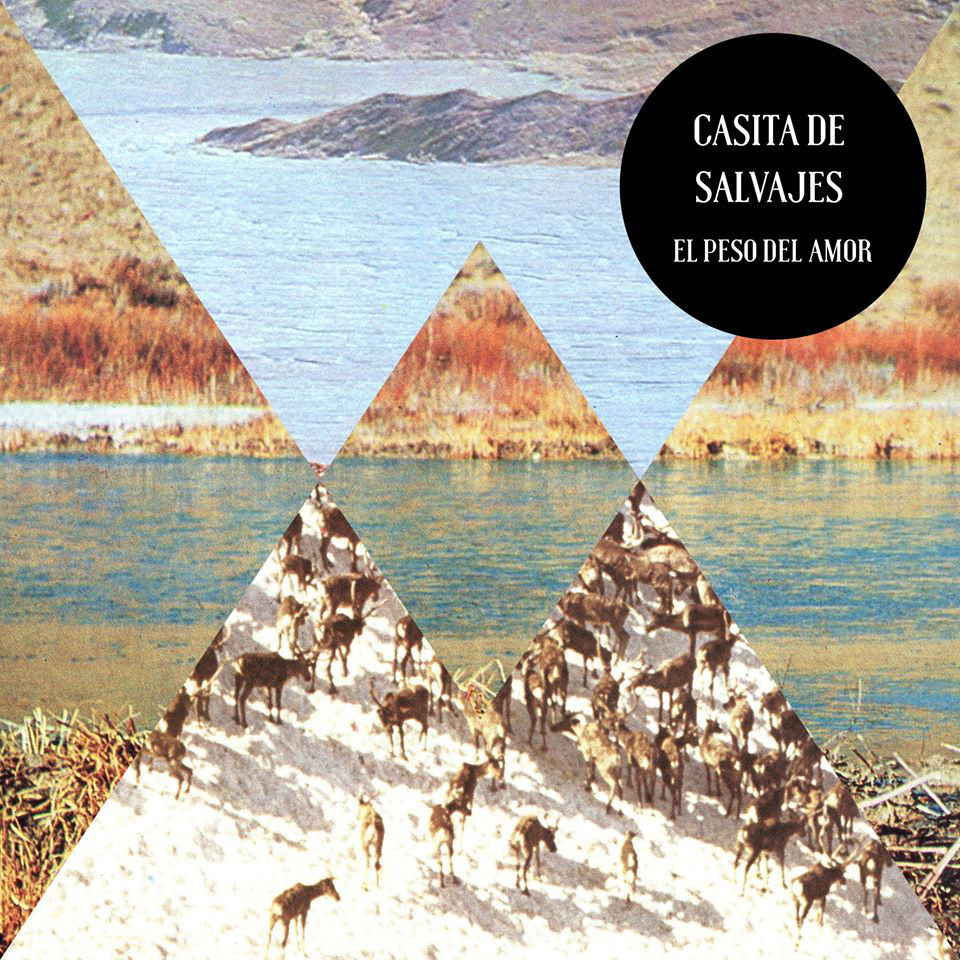 Casita de Salvajes (Little House of Savages — I like that name!) are a four-piece band from Buenos Aires that appear to be fairly new. I say so because in researching them for this review I found only this six-song EP on Bandcamp, El Peso del Amor, a YouTube video and a Facebook page with 50 fans.

Yet despite their newness, El Peso del Amor shows a band that already has a good bit of polish, especially in terms of songwriting and musicianship; the guitar playing of American expatriate Charlie Higgins is particularly good. Higgins also handles vocal duties, and I’ve got to say I’m quite impressed by his flawless Spanish (well, at least it sounds so to my gringo ears) and interesting lyrics that focus on existential themes.

There’s plenty of variety on the album. Opener “Enterrado Vivo” is an up-tempo rocker, while “Pajaro Blanco” is a quiet number featuring only acoustic guitar and voice. The tracks that form the heart of the EP, “Una Señal”, “De Cabeza” and “Sol de Fruta” all recall American country music and indie rock, reminding me of bands like Calexico, Mazzy Star (“Sol de Fruta” especially) and the Walkabouts. The raucous closer, the tango-inflected “Signos de los Tiempos,” has the strongest local flavour, although it also bears a strong indie rock influence, recalling Calexico’s more rock-oriented numbers quite strongly; Higgins’s voice even reminds me of the Tucson band’s singer, Joey Burns, on this track. Overall, Casita de Salvajes offer a fine version of dusty, country-fied indie rock combined with rock en español.