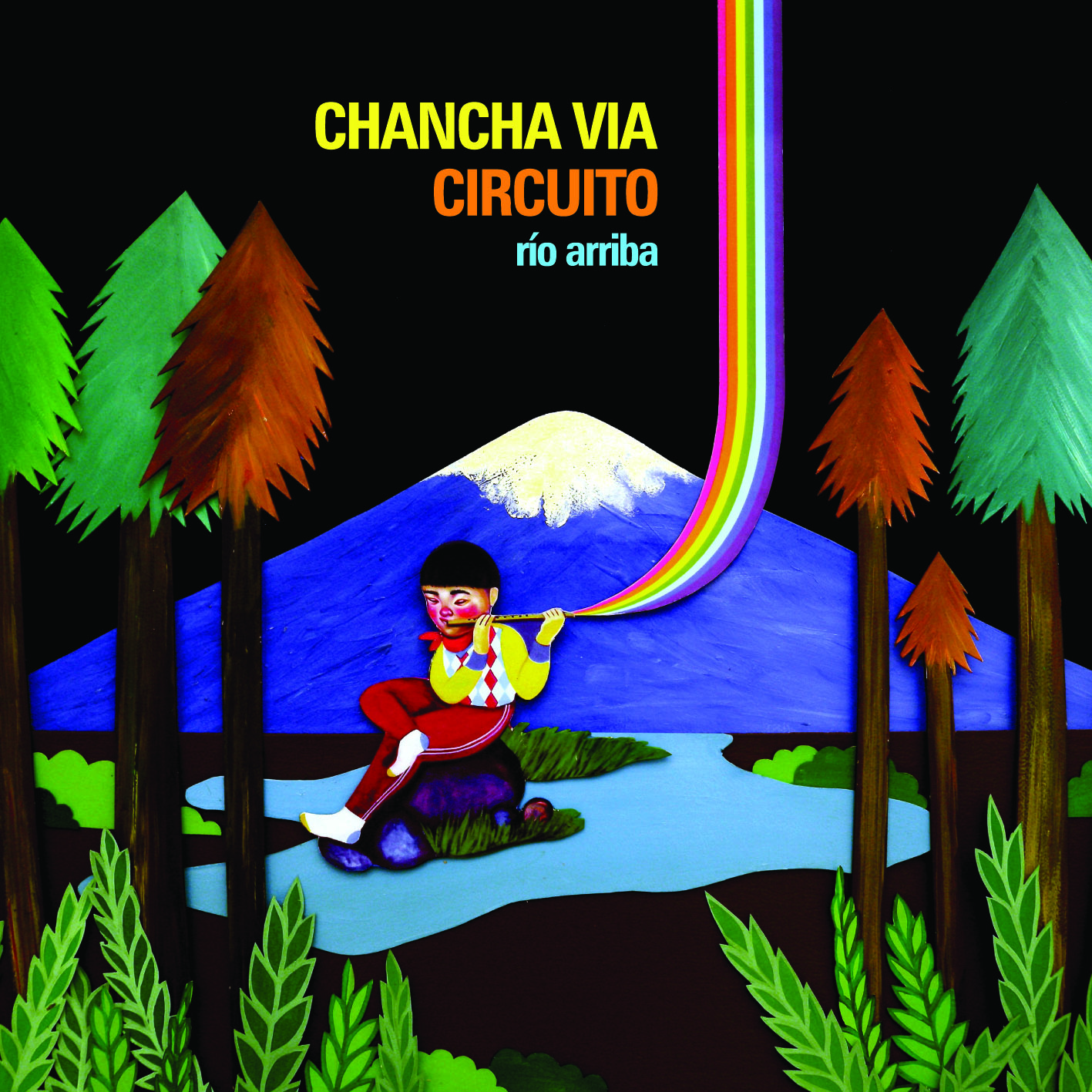 Nobody knows where the Chancha train is going, but regardless of where the journey leads us, one thing is very clear: it’s not going in circles. Pablo Canale took his artistic moniker from the train line that does the round-trip from his small town in the outskirts to Buenos Aires and back and officially started his travel in 2008 with Zizek’s landmark compilation, ZZK Sound Vol. 1 Cumbia Digital.

Back then neo-cumbia was still a vast uncharted territory and Chancha provided both the opening track and the rhythm for Princesa’s instant hit “Con La Misma Moneda.” That rhythm is said to be the cornerstone of the whole scene. He could’ve remained in that early evolutionary stage and kept on milking its success, providing the scene with clones, but Chancha’s quirky interests and personality were bound to take the train on a whole different journey.

Río Arriba (released last year in digital format but now also available on vinyl) is the most recent stop of that train that has long ago strayed away from its cumbia departing point to explore the folk sounds of the northern provinces of Argentina and its Andean neighbors, while doing some crazy experiments with drums. Pablo doesn’t use any conventional percussion in Río Arriba, instead he replaces them with samples borrowed from sound libraries or recorded from real life, and the results are hypnotic. Averaging in the 80bpms Río Arriba doesn’t provide any easy hit for the dancefloors, and considering cumbia’s whole cross-cultural success is very much based on its democratic dance-appeal, the album will most probably encounter some resistance from the crowd that embraced neo-cumbia as the replacement for reggaetón in the Latin arena. Still, it’s a trip worth taking, if not for where it is now, then at least for where it could lead us.

You can buy Río Arríba from Amazon and iTunes.