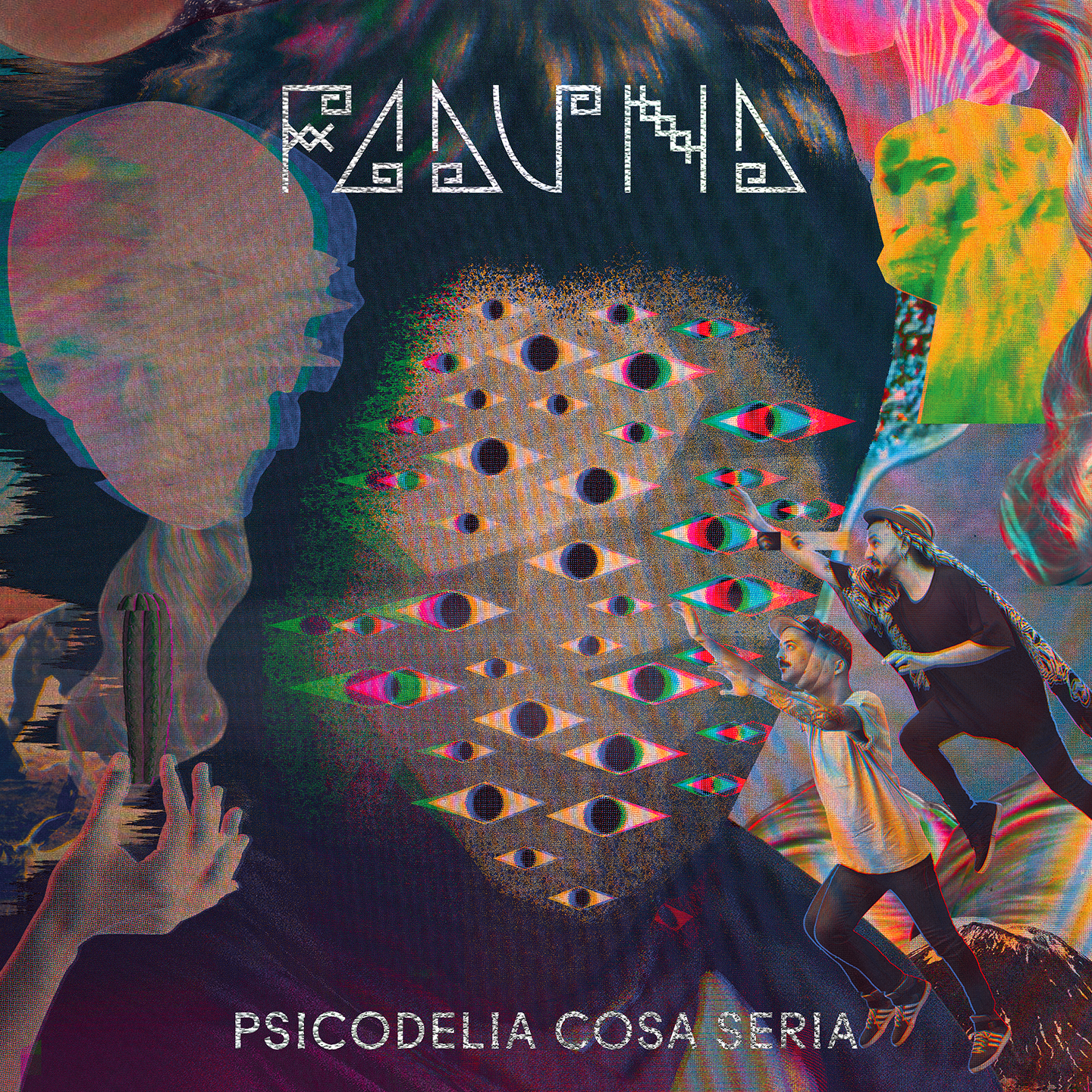 Faauna were early pioneers of the digital cumbia sound, closely affiliated to the foundational ZZK Records since its inception, but they made the short hop over to fellow Buenos Aires-based imprint Concepto Cero to release their third album. The innovative new label promises to take a curatorial approach to its release schedule, and foster artist development beyond the traditional combination of physical releases and shows.

Faauna stand out from the digital cumbia crowd as an MC crew with lyrical content at the forefront, evidenced on their previous full-lengths and guest vocal spots for the likes of Chancha via Circuito (“La Revancha de Chancha”). While hip-hop, dancehall and bass music have long influenced the Faauna sound, Psicodelica Cosa Seria sees them take a schizophrenic, collage approach to genre. Beats, bars, drops and melodies from reggae, trap, drum ‘n’ bass, deep house, and even 60s psychedelia, punctuate the laidback cumbia swing that runs like a spine throughout the album. Artistic production from Matías “El Chavéz” Méndez dexterously negotiates the myriad genre switches on tracks that confound club stereotypes, keeping listeners (and dancers) on their toes.

The nimble musicality of the production is matched by the lyrical agility of Color Kit and Zai, who tag-team their way across 10 heavyweight rhythms, aided by guest vocal spots from the likes of Argentine ‘campeon del reggae rap’, DJ Nelson (on “Agua”). Versatility is the name of the game as unashamedly rabble-rousing choruses are offered up alongside shamanic incantations to the psychedelic sacraments (“San Pedro”, “Weeda”), and tongue-in-cheek snapshots of the mundanities of everyday stoner life (“Cafe y pastel de banana… toda la semana”).

With so much aural information to process, it’s actually the more restrained tracks that demand the most attention. Lead single “San Pedro” stands out as an hallucinogenic ode to the Andean mescaline-bearing cactus of the same name, backed with a minimal, bass-driven cumbia rhythm and haunted synth lines. Slipping still further into psychosis, “Malik” strips things to the basic elements, all entwined synths and sub frequencies, underneath a bizarrely captivating lyrical impersonation of Malik Obama (Barack’s Kenyan half-brother), re-imagined as a ganja-cultivating folk hero.

These tracks represent the darkside yin to the party-starting yang that characterises the rest of the album.
“Salame”, the album’s most dancefloor-oriented track, brings the energy with ragga vocals and chopped jungle breaks, whilst the anthemic “Traviatta” bounces along to an undeniable head-nodding rhythm. The record bristles with trashy synth hooks characteristic of the cumbia villera sound that rules Buenos Aires street corners, and occasionally takes a drunken stumble too far into cheesy territory.

Psicodelia Cosa Seria is a heady brew that will exhilarate, energise, captivate and confuse in equal measure. Like any psychedelic experience, there are moments of sensory overload, but as the old psychonaut saying goes, “if you don’t feel like you’ve taken too much, you haven’t taken enough”.

Psicodelia Cosa Seria is available from Bandcamp, Amazon UK, Amazon US and iTunes