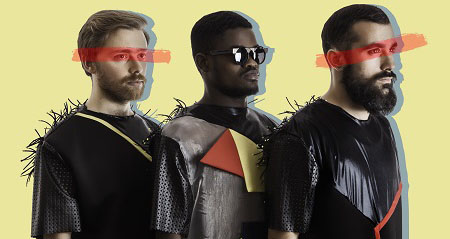 A Portuguese-Angolan rock and kuduro fusion collective has collaborated with Buenos Aires’ La Yegros and the result is marvelous. 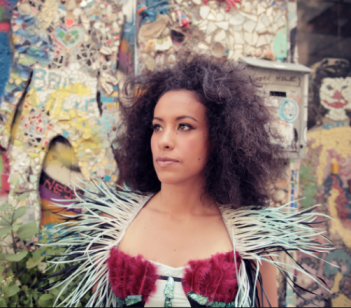 Hailing from both Porto and Luanda, Throes + The Shine are a quintet whose inspirations span a multitude of genres and cultures, ranging from Africa and Europe to South America and the States, creating a fully organic mash-up of energetic sound. Their forthcoming album, Wanga – which translates as ‘spell’ in the Angolan dialect of kimbundo – is due for release on 20th of May via Lisbon-based label, Discotexas.

Embodying both adventure and vitality, the collective use every ounce of their creativity to build something unique; most evident in their unmissable live energy. Already a regular presence on the festival circuit, including landmark stops at Roskilde, Lowlands and Rock En Seine, they can next be witnessed taking their explosive sound on tour across Europe.

Produced by esteemed Portuguese DJ Moullinex, this is the band’s first project to feature collaborations with other bands and musicians from three different continents.

Catch Throes + the Shine on tour in the following European cities in the coming months, and stream “Guerreros” below.