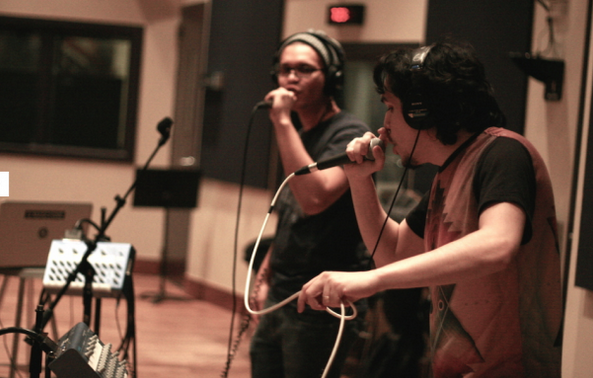 Agudos Clef, a Latin hip-hop duo out of Trenton, New Jersey, have released a new track all about their Dominican roots.

Agudos Clef was born when “Nota G,” real name Peter Rodriguez,  was growing up in Trenton, a city on the outskirts of Philly, started fiddling around with a Latin hip-hop sound in a self-built music studio. He joined forces with Josue Lora, a fellow New Jersey transplant who hailed from the Dominican Republic, and the rest is history.

The pair, whose sound can best be described as having a 1990s hip-hop and jazz influence, often play live gigs with a four-to-seven piece band in the Philadelphia area, and have begun to branch out with gigs beyond their regional area as they’ve started working with Philly-based Latin culture producers, Afrotaino Productions.

The video for “Raices” was shot in the Dominican Republic. Yet the New Jersey (a state with a melting pot of nationalities) influence is felt as the flute on the track is performed by Puerto Rican flautist, Hector Mario Castillo.

Look out for the forthcoming album, Teoria, expected later this year, which they say will touch on a variety of themes. “Mostly, thoughts, views, and feelings,” Lora told us back in July, when we met the duo at LAMC. “It’s like, ‘here are these are two young guys from the Dominican Republic and what is their life like in Trenton? What do they experience?'”

We shall find out as they release more tunes. In the meantime, catch the rest of Agudos Clef’s music on their Soundcloud and Bandcamp.