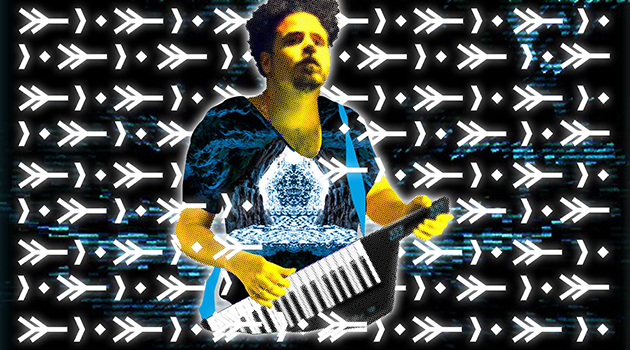 Over the years, tropical bass has managed to stay fresh by channelling different local sounds, in the process shape-shifting from dubbed out cumbia villera, to clubbier folkloric beats and darker dembow. When thinking about the new sounds of electronic music rooted in South America, we cover different rhythms and vibes that interact with each other randomly, through the changes of this unpredictable waves of sound flowing by, there has been always a name circling around and popping up with interesting projects and incredible new music.

We are talking about El Remolón, the Argentinean producer who established himself as one of the heroes of the digital cumbia movement with his 2007 Cumbia Bichera release. The album showed clear growth from his first experiments from that period, which you should check out as soon as you can. Surpassing genre limits by touching on dancehall, baile funk and more Latin-inspired beats, he showed even then the versatility that has determined a malleable yet solid style throughout his career.

Previously one of the iconic members of the ZZK crew, he is slowly but steadily connecting a community of artists around Buenos Aires under his own independent label Fértil Discos. Senderos will be his first solo release on the label and sees El Remolón in a more laidback mood, where dub and downtempo elements slow down the BPMs and reduce the amount of collaborators as on previous albums. It’s a clear example that the man has his eyes open, introducing his own personal point of view while looking at the musical scene around him.

Is an honour for us to first present this new material to the world, and also a great opportunity to announce his European tour that takes him to Portugal, Spain, Italy and Turkey during the second half of October.