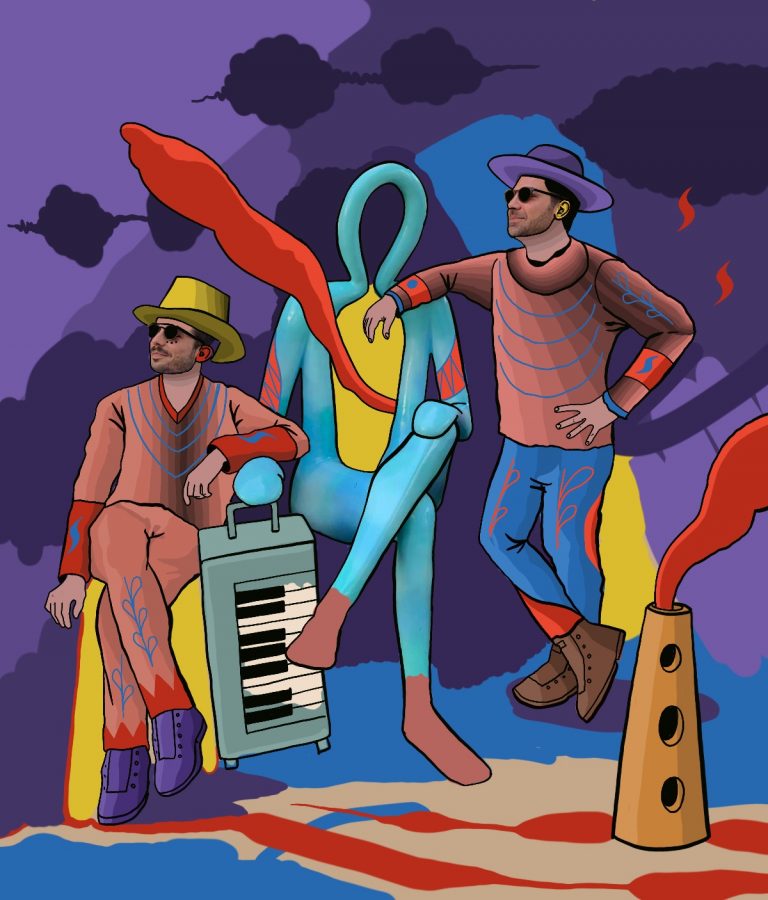 On their second cut to be released from upcoming EP Awake, the Porteño duo Kermesse (Pedro Perelmann and Gonzalo Urtizberea, a.k.a Gurtz) explore their native folk heritage. With jolting, syncopated handclaps and acoustic guitar plucks, “Chacarera Del Tiempo” swirls around an earthy four-to-the-floor in an interpretation of the Argentinian dance music Chacarera which delicately mixes electronic sensibilities with a natural and tangible roughness. The pull and sway between thumping bass-drum and triplet guitar patterns, creating a Chacarera’s distinctive hemiola feel, invites dancing. Meanwhile ethereal vocals keep the track alluring throughout.

Awake will be released on the German label The Magic Movement – an international family of artists which prides itself in “constantly looking for new forms of expression”, approaching club music with a vitality and enthusiasm, rooted in novel recording, production and performing processes.

Awake will be released on November 27th 2020 by The Magic Movement.