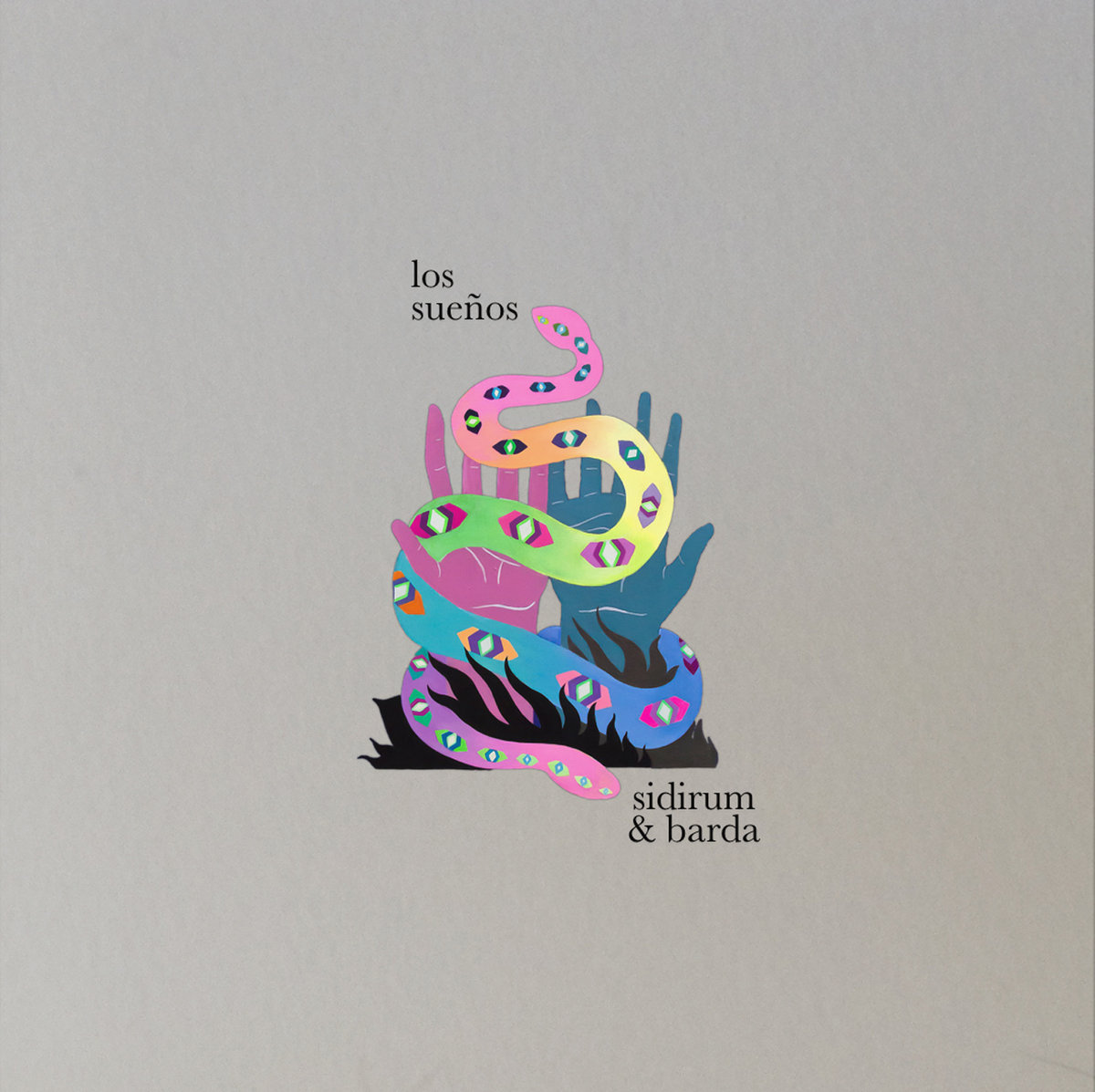 Born and raised with the landscapes of the Pampas and Patagonia intertwined with Buenos Aires’ urban reality, Cecilia Gebhard and Nico Bruschi, have created their own personal world of experimental music using electronic patterns of folkloric layers. Since the days of Patio Del Liceo gallery workshops and showcases, they have crossed paths every now and then, with the release of “Todos Nosotros” on Frente Bolivarista acting as early testimony.

A year has passed since that musical reunion, and it hasn’t been in vain. Barda dropped some of her magic on Argentinean label Fértil Discos, owned by the legendary Andrés Schteingart, with compositions full of details that define the producer’s style after various experimental independent releases. SidiRum on his part, has made a strong evolutionary road that shows its best on his latest EP, Intercambio, released under the New Hispanic Music imprint, with deep rhythms and energetic drum structures.

For their latest release, the duo head back to their second home in Brazil, where their two-part composition (“Los Sueños” Parts 1 and 2) gets the remix treatment by host Daniel Lucas (better known as Pigmalião and founder of Frente Bolivarista), the eclectic, deep Swiss producer Dandara and SidiRum & Barda‘s partner in crime, Barrio Lindo, from the latest wave of organic/electronic musicians taking over the streets of Argentina.

As you might imagine, “Los Sueños” is an enigmatic pair of tracks that build up over playful synthesizers and a reverberating beat. Minor sound elements appear, leading to the second part of the track which relys heavily on folkloric instruments, a beautiful shaker section and powerful winds that evoke the spiritual nature of dreams, where images of ancestors and familiar places come to mind.

Some of these delicate details are used in each reinterpretation of the track: Dandara of course adds his brand of dance fusion to make an upbeat remix that will come in handy for DJs, with influences from Multi Culti and Sol Selecta crews. Barrio Lindo composes his own version of “Los Sueños”, global folktronica with small doses of chiptune that would fit perfectly on an adventure RPG. Last but not least, Pigmalião takes the party to the Amazon with his signature afro-Carioca treatment mixed with club-ready beats.

A complete range of emotions and sensations are dancing around in this EP, being a piece that is a must listen, for everyone entering the realms of traditional South American music, especially when mixed with the modern.