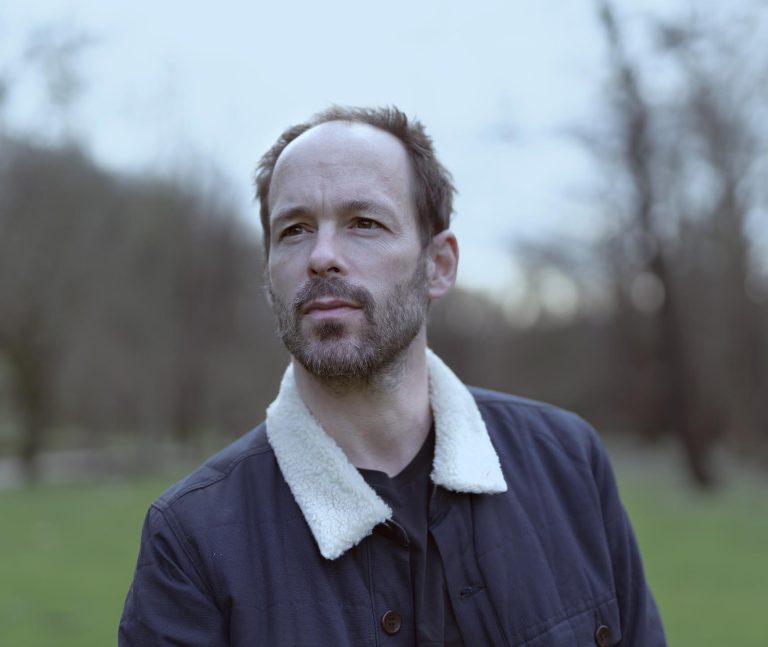 “Upper middle-class families could have a son or a daughter who had also been ‘disappeared’.” – Andreas Fontana on his Argentine Thriller ‘Azor’

Azor is a disquieting political thriller that tells the story of Yvan de Wiel, a Swiss private banker who travels with his wife to Argentina following the mysterious disappearance of his business partner René Keys. It is 1980, two years after the World Cup was held there, and the country is under a military dictatorship. De Wiel is in Buenos Aires to re- connect with and reassure his wealthy clients, who despite their position of privilege, feel uneasy and threatened by the unfolding situation. As one client tells him “they are chasing us like rabbits’ alluding to the fact that no one is safe from the violence happening around them in which people – and their assets – can vanish overnight.

Sounds and Colours caught up with Andreas Fontana, the film’s director, during the recent BFI London Film Festival to discuss his Swiss-Argentine debut feature.

S&C: I remember reading an article a few years ago where Eugenia Mumenthaler (producer of Azor) mentioned she was involved in a documentary about Swiss bankers in Argentina. Was this film initially intended to be a documentary?

Andreas Fontanta: At the very start I did think about making a documentary, but it never developed that way. I realised very quickly that there was a problem of representation as there were certain places where you just couldn’t film  – I was interested in filming those moments of transaction, but it’s impossible. So that’s when I said to myself, OK, this will be a fiction.

S&C: At which point did you decide to work with the Argentine screenwriter Mariano Llinás ?

Andreas Fontanta: When I finished the first version of the treatment. I’d travelled to Argentina to work on a script and I asked Ruda Cine (the Argentine production company) if there was a scriptwriter who could advise me, someone who could work alongside me like a consultant or a companion. When I met with Mariano I only had the treatment but as soon as I met him I threw it away and started from scratch again.

S&C: You decided to set the film during the time of Argentina’s military dictatorship. Had you seen other Argentine films about the dictatorship? Or did you deliberately try not to see anything and distance yourself from what had already been made? What was your approach in dealing with that subject?

Andreas Fontanta: Before making films I studied the history of film aesthetics in Switzerland as part of my BA. As part of that I did a project in Buenos Ares in 2007 on the New Argentine Cinema. So I watched all the films on the New Argentine Cinema. As I’m pretty obsessive I watched everything. Within that huge corpus I saw the films that had been made about the dictatorship. I saw them during 2007 but then I never watched them again as I made the decision to focus on the viewpoint of a private banker. As that was very specific I preferred not to watch anything more as it wasn’t relevant. So there was nothing that was an influence as such.

S&C:I also read that one of the inspirations for making the film was finding the notebook of your grandfather, who was a banker himself, and who’d taken a holiday in Argentina in 1980.

Andreas Fontanta: Yes the root of the idea was in that notebook. It was the tourist notebook of an upper middle-class man of around 50 or 60 years, who takes a trip and goes to visit various people, but is always thinking about his job. So the notebook had those kinds of observations.

S&C: Did your grandfather have clients in Argentina?

Andreas Fontanta: No, he was just visiting people. Friends. But what struck me as quite bizarre – he’d been a diplomat before going into banking and as a banker read the newspaper every day – was that he didn’t mention anything about what was happening in the country. That silence or absence in the notebook made for a fiction. It made me think would have happened if that banker had been another banker, in another situation, with other ambitions. That was kind of the initial idea.

S&C: I thought what was interesting in the film was that the film dealt with a certain class of people, who you could assume were protected from what was happening around them. But the fact that they actually felt threatened by the situation was very interesting. Where did that come from?

Andreas Fontanta: Everything in the film comes from my situation.

S&C: Everything in the film is based on real events?

Andreas Fontanta: I’m not sure about real events, but fragments of things that happened and that formed the context of the film. For example, at one of the screenings of the film someone asked about the racehorses disappearing.  That was based on a real incident. But it was also true that these upper middle-class families could have a son or a daughter who had also been “disappeared”.

There were a lot of cases – which I read during my research – that were like re-discovering things that had been forgotten. That created a kind of mosaic of things that formed the background of the film. What is true and perhaps somewhat controversial about the film –that’s why it’s good that the film came now and not 20 years ago, and which to me is also problematic – is that we’re actually talking about a small number of people, especially in comparison to the overall number of desaparecidos during the dictatorship.

The film does not aspire to be realistic, but offers a perspective on what this particular class lived through in that moment. For me, the point is that the dictatorship affected all social classes, and that’s what the film makes evident. It shows that our assumptions that these families might have been exempt are wrong and that they were also affected. They were not protected.

S&C: Is it true that all the Argentine actors were non-professional and did any of them have a connection to the story?

Andreas Fontanta: All of them were non-professionals except Juan Pablo Geretto who plays the lawyer Dekerman who is actually a theatre actor.

The woman who plays the daughter of the Widow Lacrosteguy that we see in the scene in the pool, her mother was “disappeared”. All of these people are from a wealthy background, or in business, so not from what you’d imagine as leftist background, but still they were all very affected by the subject. But there was actually one guy who we cast to act in the scene that takes place at the Circle of Arms but he dropped out at the last minute.

S&C: Do you see the film as a criticism of the Swiss involvement or the military dictatorship itself, or neither?

Andreas Fontanta: My point of view is a Swiss one and a critical one towards myself. My responsibility is to my being Swiss.

What I consider complicated is that in Switzerland this film did not provoke any debate. It made absolutely no impact.

There is a crisis in art house cinema in Switzerland, because art house films are dying. Of course this is partly to do with the pandemic. But the problem is with the press. The Swiss press has no interest. In contrast, in Argentina, the film hasn’t even been released yet but already there are discussions and debates.

S&C: Why do you think there wasn’t a reaction in Switzerland?

Andreas Fontanta: There is a tradition of keeping quiet. But mainly it’s because they disregard cinema in such a way. People have no idea how much the Swiss film critic despises his own cinema. In the same way they disregard poets.

They do like architecture, and they like design. They like things that are very pragmatic. It comes from Lutheranism I suppose, and from a culture of discretion, which is fine but it means debate does not come into it.

S&C: Another thing I found interesting was the relationship between De Wiel and his wife in comparison to the sexism in Argentine society where women are often excluded. Hw was that developed?

Andreas Fontanta: The film is a dissection of a system of work. When I started working with the couple it was clear that that happened  – that the woman came along and still does – but not in the same way as in diplomatic circles. The women travelled, to do all the social stuff, but in terms of representation the man was officially in charge. It has to do with what is usually represented. Internally it is much more complicated.

S&C: But you gave the relationship that space, that’s what’s interesting.

Andreas Fontanta: The film talks about the system. Nothing else. So it was trying to find a way that their relationship could be seen within that. All the narrative is interesting but I wanted to show the system.

Azor was recently screened at the 65th BFI London Film Festival and will be available on MUBI from December 3rd. You can read the Sounds and Colours review of the film here