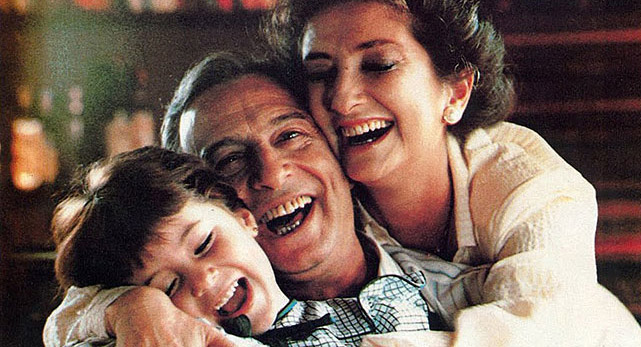 On the day that the ex-dictator of Argentina, Jorge Rafael Videla, died in prison at the age of 87, I went to see The Official Story at the University Católica in the Chilean capital, Santiago. The Argentine film was made and released shortly after the return to democracy and the establishment of human right commissions to investigate the abuses carried out by the military rulers in the country, and it addresses the removal of young children from their subsequently- disappeared parents and relocation with families deemed suitable by the regime. The film’s screening in Santiago came as part of a season of Argentine cinema and happened to coincide with Videla’s death. It was only coincidence that Argentina’s most renowned cinematic work on the subject of the dictatorship should be showing on this day, but it did bring more relevance to the occasion.

Military rule in Argentina lasted from 1976 until 1983 and during that time thousands of people were detained, tortured, murdered or disappeared, and commonly all of these things. Opposition was resolutely quashed and individual rights were curtailed. Although the name of Videla has never reached the international levels of notoriety as those of his Chilean counterpart, General Pinochet, the official number of dead and missing in Argentina is far higher than in Chile, and covers a shorter time period. The Chilean dictator managed to evade justice his whole life until dying peacefully in his own bed in 2006 at the age of 91, whereas Videla was convicted of numerous offences, including murder, kidnap, torture and the forced removal of babies, and saw his days out in a prison cell. In this case, at least, an element of justice was served.

La Historia Oficial or The Official Story (released in the UK as The Official Version) is a 1985 film directed by Luis Puenzo which is framed from the perspective of Alicia Ibáñez, a married, well-to-do woman who works as a history teacher and whose naïve ignorance manifests in class as she rigidly tows the line with textbooks issued by the authorities, refusing to countenance any views which are sourced externally or offer an alternative perspective. She lives in a bubble of middle-class contentment and privilege with her businessman husband Roberto and their adopted five-year old daughter Gabriela. When her friend Ana returns to Buenos Aires from exile, having previously been tortured over her relationahip with an alleged dissident, Alicia gradually starts to wake up to the dark realities of Argentina, placed conveniently out of sight and mind for the upper sectors of society.

Her disquiet is most aroused by the suspicion that her beloved little Gabi is one of the many children to have been taken from their biological parents. Deeply troubled by her suspicions, she comes into contact with an elderly woman who believes that Gabi could in fact be the child of her own disappeared daughter. Alicia’s newfound awareness leads her to question several other aspects of her previous mindset, and she starts listening to the ‘other side’, the students and colleagues that she previously rebuffed, and Roberto’s left-wing father and brother whose political views are vehemently opposed to those of her husband. This causes serious problems in the hitherto calm waters of the family home.

The character of Alicia serves to represent the well-off sector of Argentine society that remained largely oblivious to the abuses being carried out by the regime, either genuinely unaware or through selective vision. While Alicia falls into the first category, it is clear that Roberto is firmly in the second, and his own involvement with the authorities remains shadowy throughout. When the film was released, Alicia’s awakening mirrored that of many Argentine citizens at the time as the democratic government’s establishment of investigations into abuses and the end of repression exposed the crimes of the military. The Official Story contrasts the role of Alicia with that of more radical left-wing thinkers and of right-wing collaborators to allow her character to become a conduit for the guilt and remorse of certain sectors of a society that had been complicit in the imposition of such a brutal system.

Puenzo wrote the screenplay in secret and was preparing to clandestinely make the film when the military junta collapsed and it became possible to work openly on the project. The crew filmed on the streets of Buenos Aires and included images of the Grandmothers of the Plaza de Mayo, bringing the association widespread attention as women protested in the capital’s main square over the disappearance of children and loved ones. The Grandmothers, identified by their white headscarves as they continue to congregate in the plaza to this day, highlighted the importance of The Official Story to their campaign with the following statement: ‘The story casts a light on the drama of the children missing for political reasons, whose identity was obliterated while being raised by families that were not their own, taken as war booty, in a sophisticated example of slavery. With a human touching story it contributes to abolish oblivion, stirring people to collaborate, and at the same time aiding us, the Grandmothers of the Plaza, in our search.’

It must be said that The Official Story does look somewhat dated these days as the wardrobe and soundtrack both reflect the less-fondly remembered styles of the eighties, while Puenzo at times shoots his film in the tones of a Nescafe advert. But it nonetheless represents a key moment in Argentine cinematic history, as one of the first works that addressed the wider societal implications of military rule in the country. It performed very well at the national box office, as the public demonstrated a willingness to examine this traumatic extended episode of the recent past.

The Official Story was also well-received internationally, winning Best Foreign Film at the 1985 Oscars, while Norma Aleandro was awarded the Best Actress prize at the Cannes Festival that same year. (In a neat roundabout touch, Puenzo’s daughter Lucia Puenzo is herself competing at this year’s Cannes Festival with her film Wakolda.)The global success was also something new to Argentine cinema and it marked Puenzo out as not only a filmmaker of cogent political content but also as a purveyor of astute narrative convention. The film’s release and international recognition came three years after the Costa-Gavras film Missing, set in the Chilean coup of 1973 and the subsequent abuses and violence that occurred there, which was also critically acclaimed on the global stage. These two films emphasised the desire of a certain strand of international filmmaker and audience to address the brutality that was taking place in Latin America’s Southern Cone at the time, even as most governments remained silent over human rights abuses and maintained full diplomatic relations with the military regimes of Argentina and Chile.

Despite its outdated surface, The Official Story remains a very important work due to its examination of the socio-political contexts of the return to democracy in Argentina, which it personalises greatly through the roles of the main characters, and its success in transplanting these issues onto an international stage. The critic Jorge Abel Martín summed it up best at the time of its release: according to him, the film is ‘a human and moving document that contributes to prevent oblivion… the painful portrait of a piece of life, a gigantic mirror that returns us thousands of faces.’