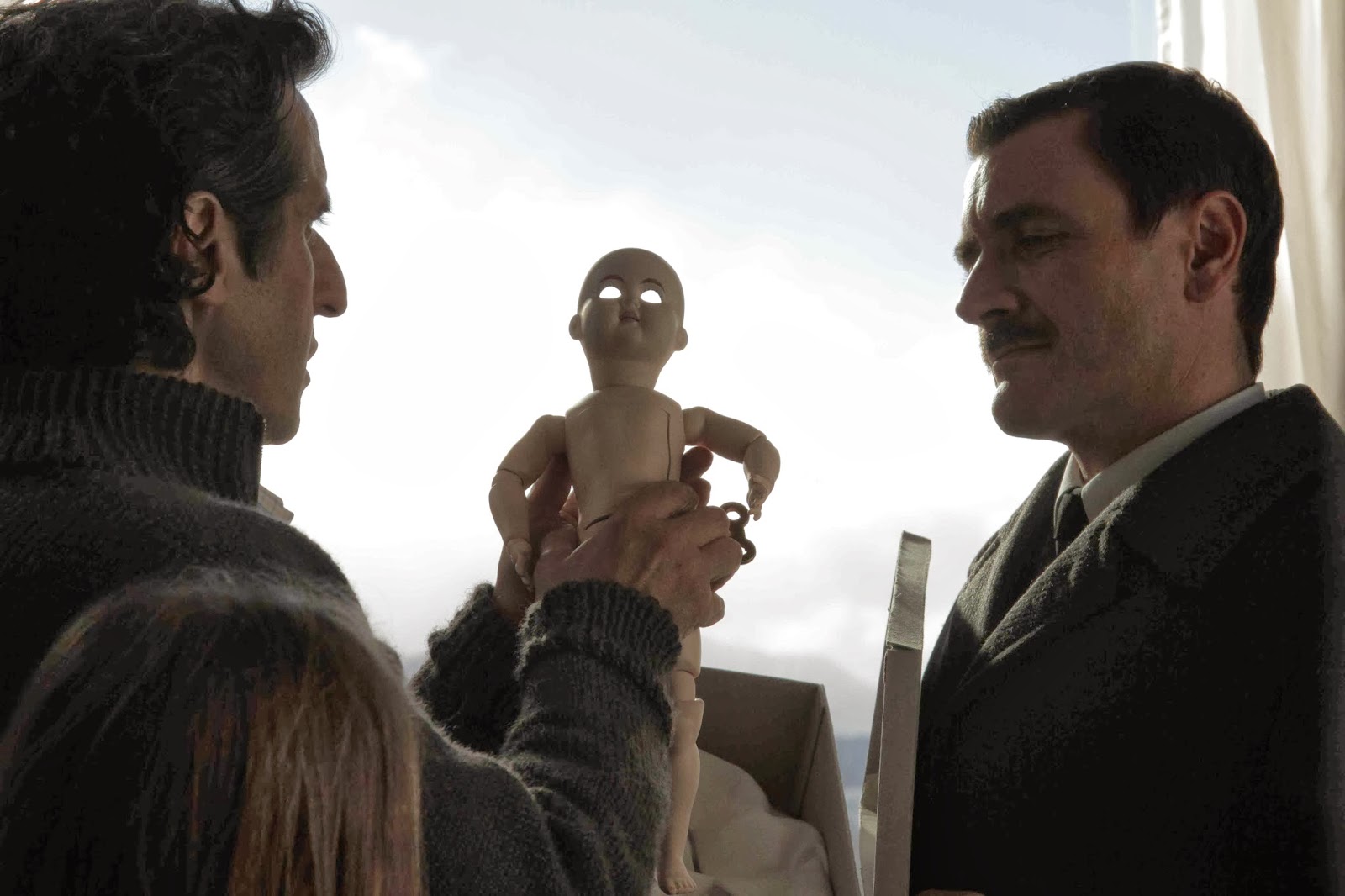 Based on her novel of the same name, writer/director Lucía Puenzo’s latest feature film Wakolda (English Title: The German Doctor) offers a chilling tale of betrayal and deception as an innocent family experiences a living nightmare in 1960s Argentina.

Eva (Natalia Oreiro), Enzo (Diego Perretti) and their three children are preparing to open a lodging house in the quaint Patagonian town of Bariloche when they stumble upon Helmut Gregor (Alex Brendemuhl), a visiting German doctor who is travelling to a private clinic in the same region.

Fascinated by this model family, and particularly intrigued by the stunted growth of the 12-year-old girl Lilith (played by the impressive newcomer Florencia Bado), the doctor’s disconcerting obsession with purity and perfection is reawakened. Unaware of his true identity, the family welcome him as their guest and are gradually won over by his intelligence and charisma — until they discover a dark and sinister secret about his past.

In the film’s opening scenes, sweeping landscapes engulf the filmic frame to relegate the protagonists to mere specks in the Patagonian environment. Emphasising the overwhelming isolation of the family in their new surroundings, these breathtaking long-shots of serene vistas offer a striking counterpoint to the horrors about to unfurl behind closed doors.

An ashen colour palette complements the impressive cinematography, with a persistent emphasis on natural lighting and the pallid hues of the on-screen action engendering an unsettling sense of doom and desolation. Nestled between lush forests and snow-topped mountains, the gated grounds of the family hotel should be the ideal refuge from the outside world and the horrors it can harbour, yet it is this same isolation which will enable Gregor’s sinister plans to come to fruition.

An expert in the field of growth hormones, the physician is fascinated by Enzo and Eva’s youngest daughter Lilith, whose body is far too small for her age. Obsessed with genetic purity, Gregor seeks to carry out experiments on her in order to satiate his appetite for aesthetic and biological perfection.

Far from the innocent visitor he at first appears to be, we come to learn that he is, in fact, Josef Mengele – the infamous ‘angel of death’ who carried out perverse experiments on innocent prisoners at the Auschwitz concentration camp.

In a film concerning the tension between the ethical and the immoral, it is fitting that natural phenomena should distance Gregor and his actions from the untainted surroundings he inhabits. Just as his entrance into the diegesis causes torrential rains and raging storms to break out from the heavens, so too does his icy, detached influence on Lilith and her family provoke an isolating snowstorm which engulfs Bariloche in the film’s third and final act. As the physician’s insidious plans unfold, brief sequences involving his notebook offer the viewer an insight into his voyeuristic obsession with the human body. Extreme-close-ups of his meticulous anatomical drawings set a deeply ominous tone as bodies writhe in agony and silent howls are etched on the faces of infant victims.

Encompassing a warped sort of instruction manual documenting the (de)composition of the human anatomy, his sketches are, in his mind, an art form: as he remarks, “los poetas escriben lo que ven, los pintores lo pintan. Yo mido y peso lo que me interesa” (“poets write what they see; painters paint it. I measure and weigh the things that interest me”).

This sadistic facet of the doctor’s personality will be painstakingly hidden from the family he resides with as he proceeds to gain their trust. Sold a dream of beauty and ‘normality’, Lilith accepts the doctor’s treatment after his detailed drawings envision her growth into a perfect woman resembling the Sonnenmenschen idealised in Nazi folklore.

Meanwhile, the pregnant Eva is enchanted by Gregor’s promises to help her daughter grow, lulled into a false sense of security by his intelligence and apparent kind-heartedness. She, too, is of German descent and, won over by his scientific nous, she defies her husband’s latent suspicions by agreeing to begin treatments behind his back. Although Lilith and her mother are quick to fall under Gregor’s spell, Enzo will not be so quick to welcome the physician into the family circle. Wary of his true motives, he is eager to repel Gregor’s advances and allay his daughter’s fears that she is an outcast among her peers.

However, when the doctor offers to fully finance Enzo’s fledgling doll-making business even he is unable to resist the German’s charm. As the film progresses, it is this business which will become the prime metaphorical battleground on which the natural and unnatural will collide, with Enzo’s noble intentions contrasted with the insidious machinations of the German doctor.

While Enzo tinkers with his hand-made dolls, he remarks that their beauty lies in their difference, as “no somos todos iguales – es eso que nos hace únicos” (“we are not all the same – that’s what makes us unique”). For him, their charm stems from their uniqueness, for just like humans, no two are ever the same. As his latest plans to equip them with mechanical hearts reveal, he even aims to breathe life into his creations rather than limit them to their inanimate shells.

Gregor’s involvement will, however, denature these plans, as blanket uniformity and mass-production erode Enzo’s interest in individuality. Mechanical churns and whirrs on the factory floor accompany close-ups of countless rows of identical faces as hissing nozzles spray them uniformly with bright pink paint.

As glistening blue eyes look up to the heavens from the tabletop, Gregor’s aspirations for the Aryan race are absurdly realised in doll form, with all semblance of individuality stripped away to suit an ideology which preaches that beauty is in sameness, and that what is imperfect is impure.

In turn, Lilith comes to resemble her prized possession Wakolda ever more closely as the plot advances. As early as the first scene, they are unified as one and the same in Gregor’s eyes as the camera jumps abruptly from his leering gaze at her leg to his view of the felled doll.

While Lilith associates herself with her companion because she is “la más rara de todas – igual que yo” (“the strangest of them all – just like me”) it is this very imperfection which cannot be accepted by Gregor. In his mind, both doll and girl must be ‘fixed’ in order to “mejorar la raza” (“improve the race”).

The film succeeds in establishing a brooding tone which engrosses the viewer from start to finish. Fostered by pallid lighting, isolating shots and a morosely gripping plot, Wakolda’s building sense of dread and discomfort make for an impressive thriller whose chilling tale of deception and betrayal offers a pertinent study of man’s inhumanity to man.

Wakolda is in British cinemas from August 8th. Full cinema listings are available from wakolda.co.uk