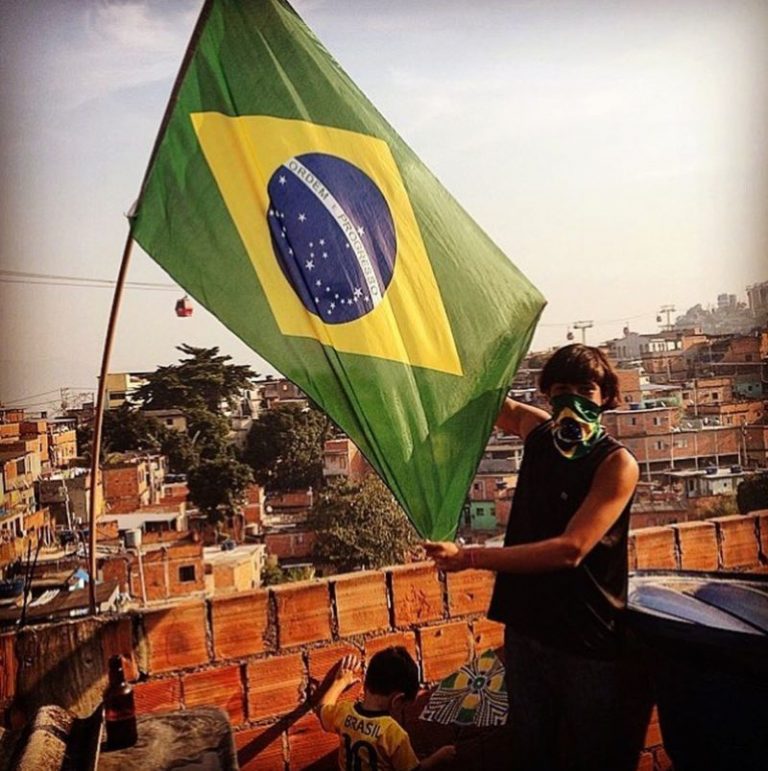 An Interview with Damian Platt, author of ‘Nothing By Accident: Brazil on the Edge’

In Nothing By Accident: Brazil on the Edge, Damian Platt tells the story of Rio de Janeiro, providing a detailed overview of the operation of violence and corruption in the city and how this impacts on favelas, home to a quarter of Rio’s population. It ties together the history of the city of Rio de Janeiro with recent dramatic events: notably the links between the assassination of politician and human rights activitist Marielle Franco and the far-right president Jair Bolsonaro. The book also contains the fascinating and unusual history of a popular and illegal lottery in Rio called jogo do bicho (the animal game), run by family clans who control the city’s annual Carnival parade.

I couldn’t help but notice the similarity between the title of Platt’s book and Petra Costa’s award-winning 2019 documentary The Edge of Democracy: both titles give the idea of Brazil on a tipping point. And both the book and the film present the political alongside the personal. In Platt’s book, the author’s personal story of his relationship with Rio de Janeiro is woven into the book. These observations are sometimes humorous, for example, when Platt details his exhausting experience participating in a samba school’s carnival parade. They’re also often desperately sad, for example when friends and acquaintances get caught up in violence. This helps the reader to understand the reality of living in a violent city.

Platt lived in Rio from 2005 ­– 2019, working on many different human rights and cultural projects, including AfroReggae (a favela-based youth and culture organisation), Amnesty International and as an independent translator, researcher and assistant producer for TV and radio. In 2010 he published Culture Is Our Weapon: Making Music and Changing Lives in Rio de Janeiro with co-author Patrick Neate. His most recent project in Brazil was mobilising a team of local and international volunteers to build a world-class skate park in the Maré favela complex.

Damian Platt spoke to Sounds and Colours about Nothing By Accident.

Could you comment on the title phrase, Nothing By Accident?

‘Nada por acaso’ (‘nothing by accident’) was a saying we used all the time at Afroreggae. But the flipside of the saying is related to my aim to understand why Rio is so violent. There’s this narrative about Rio: that violence is out of control. Fundamentally, that narrative criminalises poverty, making poor people to blame for something with is not their manufacture. In Rio, everything’s an accident and nothing’s an accident.

Could you tell me more about how you came to write the book?

The longer I lived in Rio, the more I wanted to explore the city and learn about it: it’s such a fascinating place. And I began to write about my experiences. A starting point for me was a terrible confrontation in a favela called Morro dos Macacos, shortly after Rio was awarded the Olympic Games in 2009 [you can listen to a BBC radio documentary Platt helped to produce about this episode, and violence in Rio]. I wanted to understand the underlying dynamics that sustain Rio’s so-called ‘drug war’ better.

I became very interested in the jogo do bicho [an illegal lottery linked to organised crime, which is covered extensively in the book] and did my masters dissertation on that. That was a ‘eureka moment’: here was a whole other world of crime that no one ever talks about. Once you discover that bicheiros run LIESA [Independent League of the Samba Schools of Rio de Janeiro], which runs the Rio Carnival, then you have to start learning more about Carnival. All these things started fitting together as a narrative.

Then the 2013 protests happened, and the Truth Commission [a commission investigating human rights abuses in Brazil during the military dictatorship], and I realised that all these things were linked. That’s the main narrative of the book. I finished the first draft in 2016 and put it away… Then Marielle Franco was killed, then Bolsonaro was elected, and that was a big watershed.

Marielle is the best known case in Brazil of a human rights defender being killed. I wanted to shed some light on what happened to Marielle, which can’t be decontextualised from what’s happened in Rio in the last 50 years: the partnership between the state and organised crime: the ongoing grip of organised crime over the city, linking up with politics, death squads, police, militias.

Nothing By Accident tells the story of Rio City Councillor Marielle Franco before and after her assassination in 2018. You had known Marielle since 2006, when she was working for the Marcelo Freixo, a Rio State Deputy and human rights defender. Could you share some of your memories about her?

The last time I saw her was when she spoke at a conference for Fight for Peace: she was beginning to campaign for election. I remember thinking, “She’s going to go a long way”.

Marielle as a person is irreplaceable. She’s a massive hero in the city and her legacy is very strong and was taken up by a lot of people. People call her ‘Marielle Gigante’ and that is true. She was a person with quite a rare integrity and she was pragmatic: she could get on with anyone. She pioneered some work with police men and women’s families [advocating for the families of police officers killed in the line of duty]. She understood that police were pawns in the game. She was open minded and committed, fighting for a better city.

The cover of Nothing By Accident shows a poster with the question, ‘Quem mandou matar Marielle?’(Who ordered Marielle’s killing?). We’re approaching the third anniversary of her murder. Do you think we’ll ever get an answer to this question?

Probably, a lot of people know. But a key lynchpin in the history of organised crime in Rio was Adriano da Nóbrega, and he is now dead. Without someone spilling the beans, it’s going to be hard.

We now understand a lot about how organised crime operates in the city, and its relationship with militias, jogo do bicho and politicians. There are some very serious questions that still aren’t answered about the Bolsonaro family’s links to Nóbrega, and the fact that they lived next door to Ronnie Lessa [who is accused of being the gunman who killed Marielle]. The Bolsonaro family have an unhealthy relationship with this episode.

You describe Rio as “bipolar and contradictory – chaotic and hedonistic, endlessly fascinating, chronically corrupt and very cruel.” What do you miss most about Rio, now that you’re no longer based there?

In one word: spontaneity! They say, “You can die of anything in Rio, except boredom.” I miss the outdoor lifestyle, the warmth and humour of Cariocas, and the sheer natural beauty of the city. I don’t miss the terrible news, the violence, and the fact that violence persists.

Do you feel that the way favelas are perceived has changed in recent years?

There’s a lot more known about favelas now, but whether the deep-rooted prejudices have changed… that’s more difficult to say. There’s still a lot of stigma.

I hope people can stop talking about poor communities as the source of disorder and criminality. It’s much more complex than that. I hope that future generations of journalists and academics can have a broader view of this.

For a book covering violence, crime, corruption and the failures of democracy, there’s also some joy and fun in the book, and a strong recognition of the power of collective efforts to improve the situation of people living in favelas in the absence of state support. Speaking of giving a broader view of what’s going on in favelas beyond narratives around crime, perhaps you could comment on how the Maré skate park project is going?

Favelas are very fertile terrain. I don’t want to romanticise them, but they’re fantastic places which can offer a lot that societies with closed doors and privacy don’t offer. That leads to amazing initiatives and a lot of strength. In Maré, because of Covid, activities have slowed down, but in terms of the actual skate park, it has been embraced by the locals as a safe space, a neutral space, and a leisure space… What I like most about skateboarding is that it’s primarily about friendship networks, not necessarily competitive sport.

Nothing By Accident is available from Blackwells (UK) and independent bookstores in the USA and Canada, as well as Amazon UK and Amazon US.

Below is a short film about the Maré skate park. You can watch a video of Sky Brown, the youngest professional skateboarder in the world, visiting the skate park here.