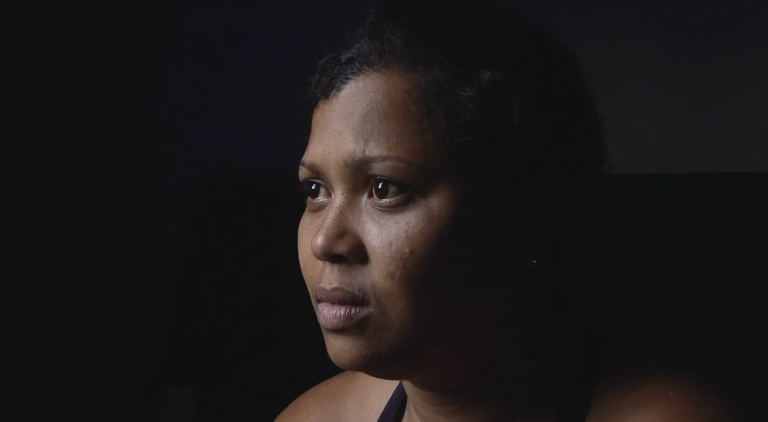 At this year’s opening night at Open City Documentary Festival, you’ll be able to watch Baronesa, a film directed by Juliana Antunes released last year in Brazil. The film follows Andreia and her friends in their day-to-day lives in the slums of Belo Horizonte.

Throughout the whole film, the feeling is of normalcy around those who live in the favelas in Brazil. Juliana worked with a non-professional cast for five years to understand and capture the realness of the lives of the poorest members of Brazilian society with a focus on its women. Favelas are often portrayed as very masculine and dangerous places, and here we have two women, Andreia and Leid, leading their own lives taking care of themselves and their families in the absence of male figures. The grit and will to make the best out of the lives they were born into does not go unnoticed; they call the shots and they know they can do just fine without husbands, brothers or fathers, in their lives.

The result is truly spectacular in terms of authenticity. The film shows snapshots of their daily lives and you really understand the level of danger, as well as the normalcy in which they deal with that, as it is after all, their lives and all they’ve ever known. The director won’t let us forget how both these women came to be indifferent to all the drug trafficking, deaths and abuse surrounding them. A tale is always told about how rough it was to grow up in such neighbourhoods, the danger they all faced and the tribulations they all had to deal with for basic survival.

Juliana Antunes’ Baronesa will premiere on the September 4th and run until the 8th; find more information about London’s Open City Festival HERE and watch the trailer to the festival below.