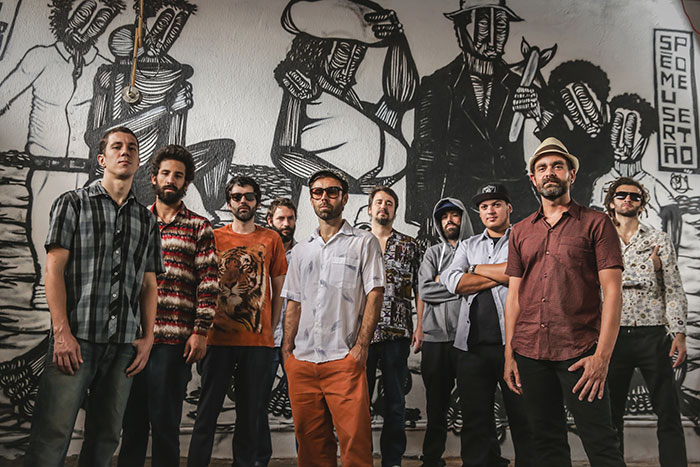 The creativity, ideology and bonhomie really spills out from Bixiga 70 in this enlightening (and undeniably groovy) 15-minute documentary showing the group on their recent trip to New York, with all members spilling the beans on what the Bixiga 70 sound and featuring some great live performances too.

Bixiga 70 are a 10-piece instrumental orchestra, heavy on the brass and percussion with killer guitar playing, from
São Paulo. Their influences range from the original afrobeat of Fela Kuti and Tony Allen, to the more modern styles of Antibalas and Budos Band, as well as spiritual Afro-Brazilian music, disco and funk. There’s a good reason why so many people are getting so excited about this group.

Their third album, simply titled III, will be released by Glitterbeat Records on September 11th.