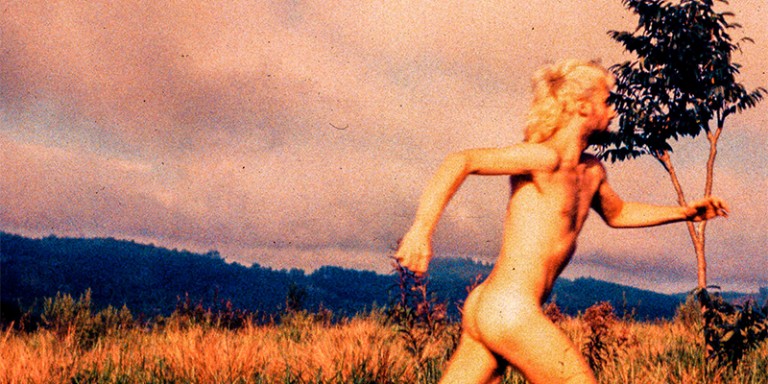 Could Lineker be the rightful heir to Ney Matogrosso? Hailing from Bambuí in Minas Gerais, though now residing in São Paulo, Lineker has been garnering attention for his soulful interpretations of Brazilian songs as well as his gender-neutral dress sense and dance-tastic music clips. Just watch his video for “Gota Por Gota” below for undeniable proof of all of these things:

In 2012, Lineker released his debut album Ele, which featured interpretations of Brazilian classics by the likes of Dorival Caymmi, Os Mutantes and Gonzaguinha. In February he followed that release up with the Verão EP, a 6-track release that this time featured tracks written by relatively-unknown Brazilian songwriters, such as Tom Custódio, Lê Coelho, Anaíra Mahin and Juvenil Silva.

They are all tracks that can be defined as new MPB (Brazilian Popular Music) though with differing added elements of rock (“Leite”), carimbó (“Gota Por Gota”) and balladry (“Parte”). As well as being a singer, Lineker is a trained contemporary dancer and this comes across in his videos and how he presents himself, asking the audience questions regarding to gender and sexuality. It’s for these reasons, as well as his penchant for showcasing the work of other songwriters, that we see Lineker as following in the footsteps of one of Brazil’s finest ever singers and performers, the great Ney Matogrosso. What do you think?

Have a listen to the EP in full below and download it for free from lineker.com.br.