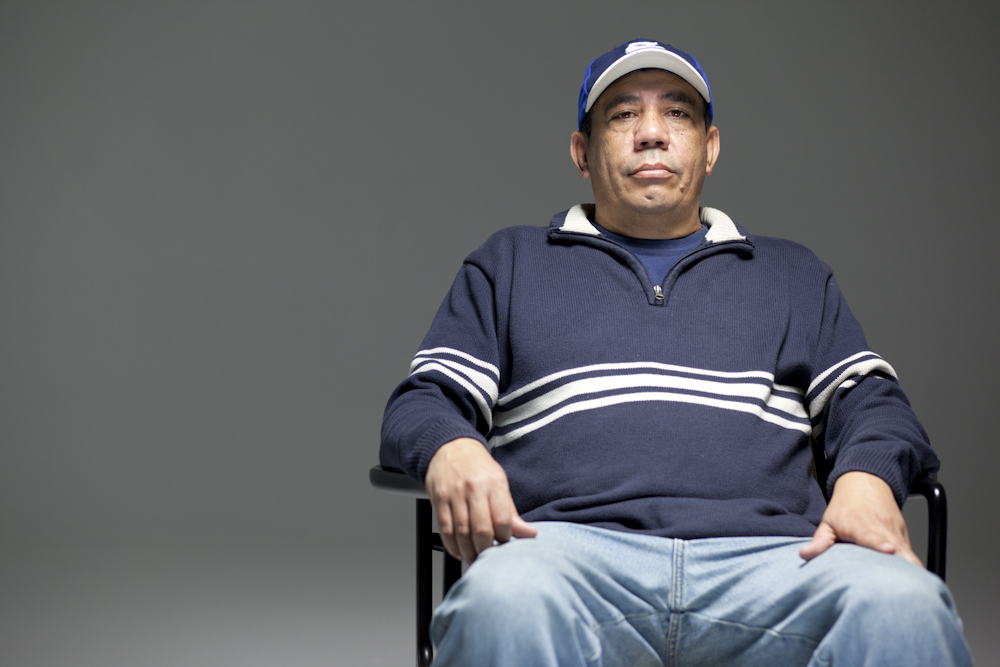 While Brazilian music, cinema and sport have been making waves outside of the country for some time, Brazilian literature remains largely unread outside the country’s borders, with relatively few works translated for English readers. However, in recent years there has been an explosion of literary activity in Brazil, with exciting new events and festivals emerging across the country every year.

At last count, Brazil was able to boast an impressive 200 separate literary fairs and festivals. Chief among these is the São Paulo Book Biennial, which has the largest number of contributing authors and is one of the most important events for those involved with the commercial side of the Brazilian literary scene; a meeting point in bustling São Paulo for the country’s major publishing houses, book-sellers and distributors. It is no wonder that it attracts upwards of 800,000 visitors over its 11-day duration.

As impressive as the São Paulo biennial is, in the past few years there has been an increasing focus on the emergence of smaller, independent literary events, which aim to bring books into the lives of those who may otherwise remain marginalized from the world of writing. This increase in literary fairs and festivals has caught the attention of the Brazilian media recently, and there is growing enthusiasm for the prospect of turning the country into a nation of avid readers and making literature an integral part of life for people from all parts of the country’s diverse population.

The recent explosion of literary events is due in no small part to the support of the National Library Foundation (Fundação Biblioteca Nacional, FBN) which encourages investments in smaller events by offering tax waivers. The government and the FBN hope that with this financial support they may address the traditional dominance of the south east and the larger cities when it comes to literary festivals and other cultural events.

Literature In The Favelas

The support of FBN can be seen in the rise of smaller and less commercially focused events that have been gaining in popularity and momentum every year, surely a good sign of things to come, even if the lion’s share of the festivals still seem to be taking place in the states of Rio de Janeiro and São Paulo. One of the most successful of these new events is FLUPP, the literary festival of the UPPs (UPP stands for Unit of Police Protection, the official name for Rio’s pacified favelas), which is hosted by the Morro dos Prazeres Favela in Rio, where a constant police presence aims to keep the peace. Taking place over four days each November, this alternative book festival aims to bring the pleasure of literature to diverse sections of society, with a focus on creating artistic links between the favelas and the larger city through focusing on new and upcoming talent from the favelas themselves. Julio Ludemir (pictured right with fellow FLUPP creator Ecio Salles – photo by Iere Ferreira) is the man whose idea for a festival that would showcase the work of marginalized Brazilian writers eventually evolved into FLUPP. Ludemir wanted to dispel the stereotype that favela residents were uncultured, interested only in football and capoeira: “we discovered that there is as much of an appetite for culture in these areas as there is for new mobile phones and televisions” he said. Though illiteracy rates in Brazil are still very high (14.1 million Brazilians above 15 years of age cannot read or write) Ludemir hopes that FLUPP, as well as a side project called FLUPP Pensa can dispel stereotypes of those living in the favelas.

After the first FLUPP in 2012, the organisers published a book of 43 stories and poems, written by residents from a wide variety of Rio’s favelas. These aspiring writers met through the initiative FLUPP Pensa (FLUPP Think) which aims to inspire and encourage a new generation of peripheral talent, by hosting workshops leading up to the festival. Following this success the organisers of FLUPP will be publishing three books in 2013, a poetry collection, a short story collection and a novel, clearly aiming to show that these areas are more than simply backdrops to violence.

FLIP Arrives On The Green Coast

Surprisingly it was only in 2003 that Brazil saw its first literary festival when Festa Literaria Internacional de Paraty (FLIP), was launched. Hosted in Paraty (pictured below), a sleepy and picturesque colonial town on Brazil’s Green Coast, FLIP has become the most important annual literary event in Brazil since its launch and attracts authors of international renown each year along with tens of thousands of visitors. The festival was launched by Liz Calder, the British founder of Bloomsbury publishing, who fell in love with Brazil while working there as a model and journalist in the 1960s. However, her Brazilian ambitions were simply unattainable dreams until Bloomsbury picked up the momentously successful Harry Potter franchise, allowing her the financial freedom to focus her attention on projects abroad. When the first FLIP was hosted in the summer of 2003, Calder and her team expected a crowd of just a few hundred people: ‘I remember the first event, we had a room for 300 people and I was nervous about filling it’. Ten years later, FLIP is one of the most eagerly anticipated literary events in Brazil, regularly drawing crowds of over 30,000 people to a town with a population of just 24,000. Each year 40 authors, 20 from Brazil and 20 from outside of the country, are invited to take part in talks, signings and other events. In the past FLIP has hosted writers as well-known as Ian McEwan, Jonathan Franzen and Salman Rushdie alongside home-grown talent like Ariano Suassuna, Ruy Castro and Lygia Fagundes Telles.

The Rise of Marginal Literature

FLIP 2013 saw the appearance of Brazilian poet Sergio Vaz (pictured at top of page). In 2000 Vaz formed Cooperifa (pictured below), a hub for poets and writers from poor backgrounds, which quickly gained significance and became a launch-pad for literature from São Paulo’s margins. His role as founder and main conspirator at Cooperifa, in addition to the books of poetry he has been releasing since the late 80s, have seen Vaz become an important part of literatura marginal, the name for the group of writers from Brazil’s poorer neighbourhoods (especially those on the outskirts of São Paulo) who, despite lack of formal education, are making a name for themselves on the Brazilian literary map. With no university education to speak of, Vaz has worked hard to challenge the preconception that formal training is necessary to produce poetry and to raise a voice from the peripheries of Brazil, writing about such issues as police brutality, racism and corruption in the slums, bringing a fresh literary perspective to these aspects of Brazilian life. His writing is paving the way for others from marginalized areas of Brazil to speak about their experiences directly through literature, and his appearance at FLIP shows that these writers are beginning to be embraced by traditional literature circles. Another poet who is making an impact from the peripheries of Brazil is Ferréz (pictured right), also a figurehead of literatura marginal. Ferréz has made a name for himself with his striking and often graphic works of literature which are intended to reflect the realities of young people living in the favelas in which he grew up. In 2013 Ferréz appeared at FLIPSIDE festival in the UK, an event run by the team behind FLIP in Paraty which aims to strengthen literary links between Brazil and Britain as well as showcasing the best in both countries’ literary talents. To have writers like Ferréz appearing alongside Ian McEwan and writers from Brazil’s literary elite such as Adriana Lisboa shows the increasing importance of marginal literature in Brazil and potentially overseas too.

Even with such progress, it is obvious that the literary festival scene in Brazil has a long way to go before it can be considered truly inclusive of talent from every corner of Brazil, and this is something writers like Ferréz are eager to see change. “I don’t see great efforts by these fairs in putting marginal literature on the map, the authors have to keep fighting in the streets, schools and saraus” says Ferréz. “There is a lot of prejudice, especially from the elite authors, who live on the richer side of town and have their own future for Brazilian literature, but we have advanced in the opposite direction, proving that the literature that comes from the streets is authentic, it is vital to the periphery and does not need to ask permission from anyone.”

The difficulties encountered by writers and readers from the periphery was the subject of a recent discussion at the São Paulo biennial between Vaz, Ferréz and Ludemir, where the three writers criticized the habits of traditional publishers and authors, accusing them of ignoring readers from Brazil’s poorer areas: “We have a lot of people reading, but the people who are reading don’t interest the authors or publishers because they live on the periphery. No author wants to go to the periphery to launch a book, speak in public or talk to students, but they will fight to go to FLIP or the Bienal do Livro (Book Biennial),” said Ludemir.

Getting Literature to the Masses

Talking about how to combat illiteracy at the same event, Sergio Vaz spoke about the necessity of making reading an everyday activity for Brazil’s children, sparking early imagination and interest in the world of literature. This can be best achieved, he argues, by promoting literature which is written by people from different walks of life and which also touches upon themes that speak directly to traditionally marginalised groups, outside of the Brazilian mainstream. With the launch of intiatives such as FLUPP Pensa and Cooperifa, as well as the inclusion of peripheral writers in major festivals like FLIP and Flipside, it is clear that this process has begun, and that marginal literature is starting to reach a wider audience.

The other challenge that remains is how to spread literary activity more evenly throughout the country. Although the majority of festivals remain in the south-east, support for new festivals has grown and there is excitement about the prospect of more regional events. Jorge Teles of the FBN said that the aim of festivals in Brazil is to bring books closer to readers in order to create a dialogue between literature and citizens, something which can only be achieved by the continued diversification of the festivals through the inclusion of more peripheral writers and the creation of more events outside of the major cities. Sergio Vaz has stated that one of his aims when establishing Cooperifa in 2000 was to bring people together though art in order to share their experiences and encourage debate. It is clear that this way of thinking should be a driving force behind Brazil’s numerous literary festivals for many years to come, showing that there is plenty of room for talent representing all the different facets of modern Brazilian society. If Vaz is right, that will mark the point that Brazil becomes a nation of avid readers. With the country heading in that direction, we will soon find out.

“Brazil’s New Literary Encounters” is an extract from Sounds and Colours Brazil, our 200-page book and 20-track CD focused on Brazilian culture.