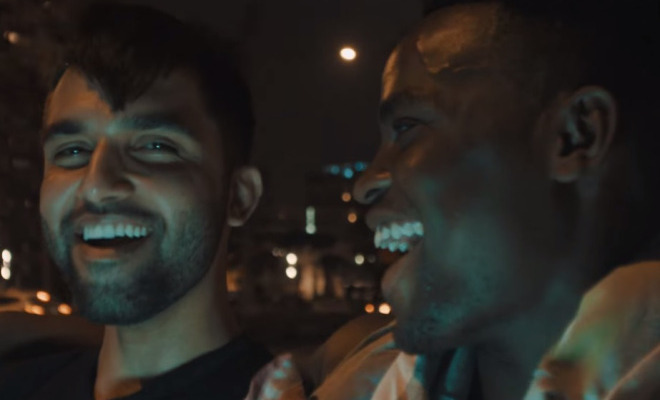 We’ve never made any secret of our love for Brazilian singer/songwriter/producer SILVA (aka Lúcio Souza) and his nostalgic, rhythmic vein of pop music. With simple 80s synths, punchy percussion, a gentle R&B swagger and an assortment of samples, Lucio Souza has proven over the course of a couple of albums and an incredible debut EP that he knows how to make infectious, listenable pop music that is good enough for the world stage (why SILVA is not a bigger name internationally is a mystery to us).

For his latest video, “Volta” (a track taken from his recent Vista Pro Mar album), Lúcio travelled to Luanda, the capital of Angola, to capture the bonhomie and party vibes of the city. We caught up with Lúcio to ask him a couple of questions about the video and get a taste of what it was like to film in Angola.

Why did you go to Angola to film the video?
I am a huge fan of their culture and my song “Volta” has a lot of influences of Angolan music. It is not a real kuduro song but it has some similarities. One of my best friends worked in Angola for a film company and he shot a documentary called Kudurobausch. So we decided to go there and capture the feeling of the Angolan street culture.

What was your experience like in Angola?
It was one the best trips I have ever made. I had just returned from the RBMA in Tokyo and I was very excited to produce new things. I met a really good producer in Luanda and he made an amazing remix of “Volta”. People in Angola can dance like nobody else in the world and they really know how to party without being blasé. I definitely want to go back there soon. Such an inspirational place!