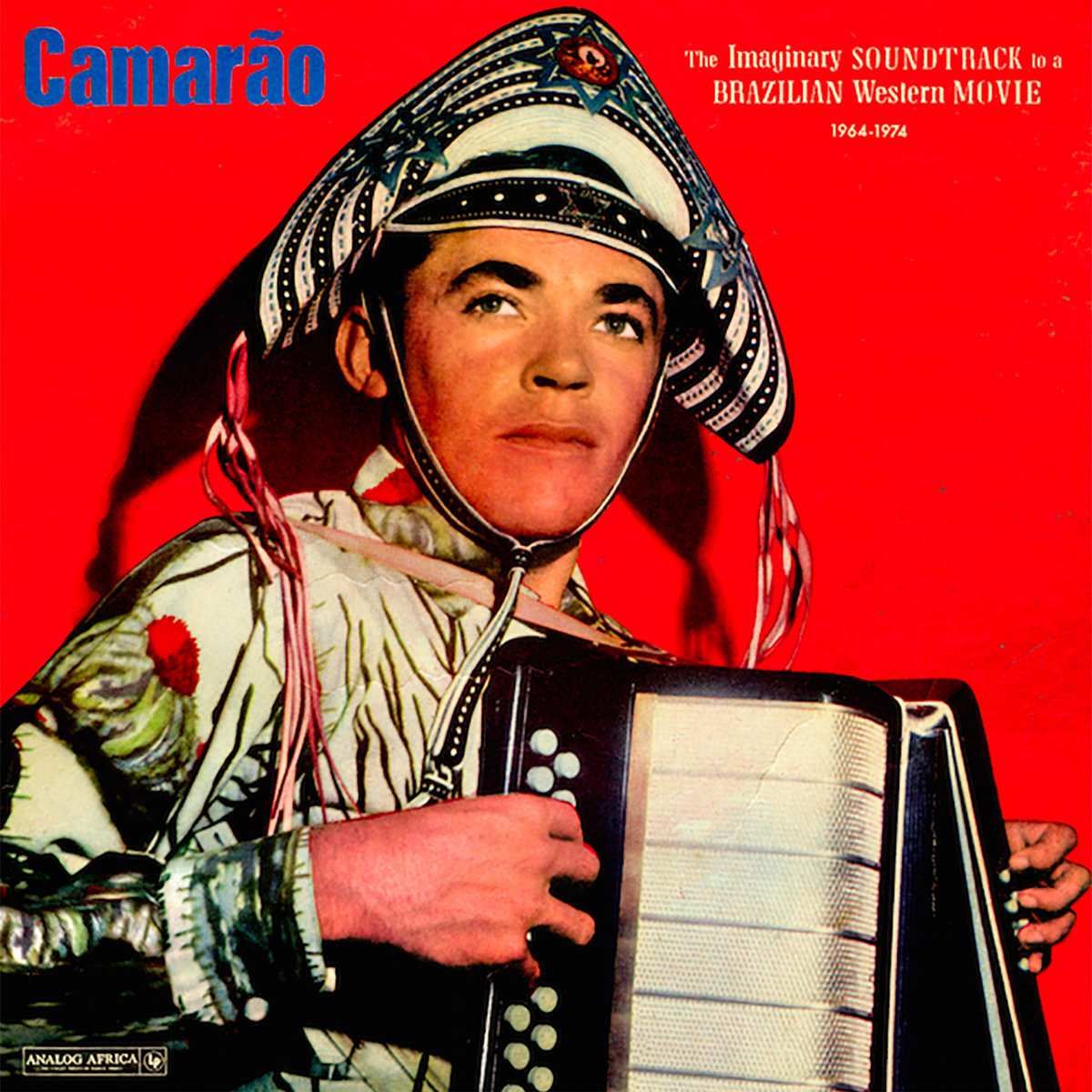 His friends used to say, “His accordion speaks for him”. However, the most notable contribution to the genre of forró marked by the arrival of Reginaldo Alves Ferreira, better known as ‘ Camarão’, was a horn section.

Originating in Northeastern Brazil, forró incorporates a range of musical rhythms and styles including xote, marchinha, coco de roda, baião and other mixtures of African, European and indigenous origin. The result is an intriguing mix of skiffling rhythms, waltzing accordions and snaking woodwind melodies.

It was on a record safari in Belém, that Samy Ben Redjeb, founder of record label Analog Africa, stumbled across the work of the musician, who had earned his moniker (translating as “Shrimp”) through routine lateness and his subsequent arrival to most events flustered, with red cheeks. There, in the north of the country, an encounter with a keen record dealer introduced Redjeb to a sizable chunk of the accordion player from Pernambuco’s catalogue.

Filled by a sense so unwavering it came to become the title of the compilation, the record safari continued to what thereafter seemed its natural end: an interview with the man himself and a fascinating sixteen-track complication.

The record offers a frantically-paced film score in which drum syncopations dual with the metronomic chime of the triangle at marching pace. The accordion wheezes and whines while the album’s momentum is maintained as it flits between mostly two and a half to three-minute tracks.

Yet it is the rump-a-pump of the horn sections that come to define the disk and bring in into its own. The introduction first becomes noticeable on the albums third track “Rio Antigo” and though subtle, the extra dimension is unmistakable.

If not nigh impossible, then it is in at least very difficult to separate the listening experience from the seed planted by the albums literal title. It is a context which enriches the experience by transporting to the imaginary scenes, of the imaginary movie, playing out in the mind’s eye.

The drunken meander of the accordion never seems to be far away from forró, however, it particularly darts its way throughout “Xaxando Com Garibaldi”, throwing up images of frantic chase scenes across mystic terrains, in a breathtaking pursuit of high adventure and near misses. The grandeur of “Vocé Passa, Eu Acho Graça”, a mesmeric track with the capacity to take a drifting mind to a thousand different landscapes, thrusts the horns front and centre in an upbeat fashion consistent with the compilation.

On a mostly instrumental album, the two tracks featuring vocals more or less bookend the disc imparting a narrative sense of beginning through to the end. The track order is generally well balanced and as the imaginary soundtrack enters its final quarter the frenzied “Se Quiser Valer” with its chirping horns purposefully mark the point in the film where everything approaches its resolution.

Whilst a gift of musicality, the soundtrack is also a gift to the imagination. From dreamed up shootouts against expansive landscapes to a time capsule to 1960s Brazil, Pernambucan cachaça (a strong Brazilian alcoholic drink made from sugar cane) flowing. Where, as Camarão himself put it when reciting a concert played in Recife, “people started to pair off and twirl around to the sound of forró music, smiling and sliding their feet off the floor – a reflex picked up from dancing in rural villages to avoid kicking up the dust”.

It can often be a peculiar and deeply introspective phenomenon trying to communicate the scenes music conjures up in one’s head. Yet the joy in The Imaginary Soundtrack to a Brazilian Western Movie is that whilst the genre is communal, the world the listener chooses to paint is exclusively their own. It ends up as much an excuse to embark on a deeply personal adventure of the imagination as it is an invitation to enjoy a whole different breed of forró.

The Imaginary Soundtrack to a Brazilian Western Movie is available from Analog Africa.