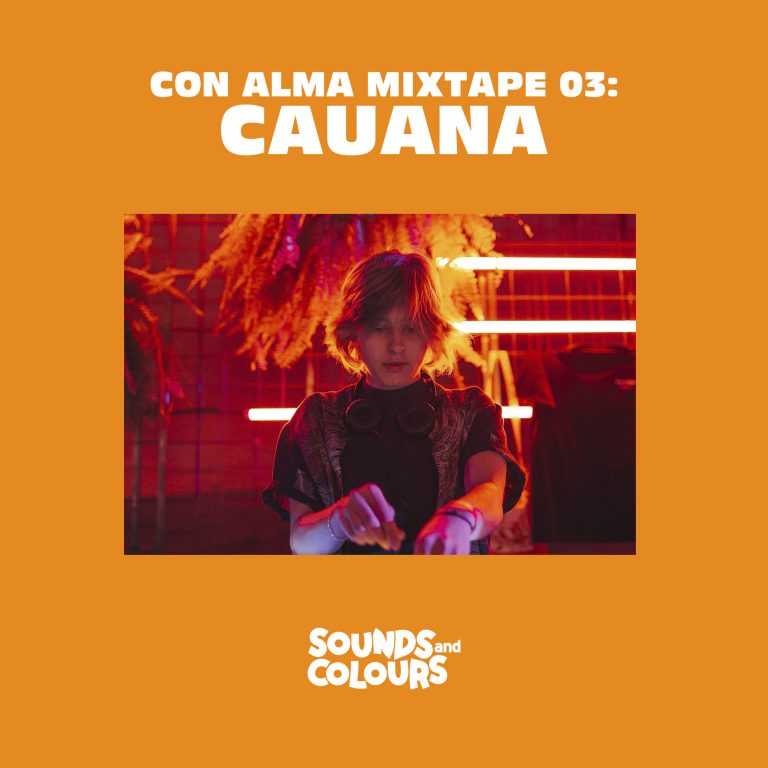 Paraná’s Cauana builds intense, expressive atmospheres, oscillating between breakbeat, downtempo, native percussion and subsidiaries of jazz with ample nuance and subtlety. Since 2011, she has woven phosphorescent textures – which are always daringly free and unpredictable – at Brazil’s top parties: such as GopTun, Neue, Selvagem, Xama, TribalTech and Subtropikal. With a truly unique understanding of her craft, pushing beyond DJs’ typical melodic and rhythmic manipulation, we’re thrilled to have Cauana sit in for her mesmerising Con Alma mix.

Eloquent and illuminating, Cauana gave us some thoughts about her mix:

“To record this set I dug deep in all my musical files, took the opportunity to organize them by sensation, deleted many that I no longer identified myself with and also rescued several forgotten ones. This process was very important and the result is a lot about that; resignify, detach, oscillate. With that said, my selection is entirely built on Latin influences, be it the origin of the artists, record companies or some sample that refers to the Latin sound as long as I could interpret it as “with soul”, because that was the theme! I loved doing it! I hope these sensations will reverberate to those who listen. Thank you!”

The Con Alma series is a mug of hot coffee served on Monday mornings, to start your week off right. An hour of musical soul food that’s good for the body. Although the series’ name is taken from Dizzy Gillespie’s Latin standard, don’t expect an hour of frenetic bebop – this is gentle introspection, warm sunrises, shower sing-a-longs… always with plenty of soul.