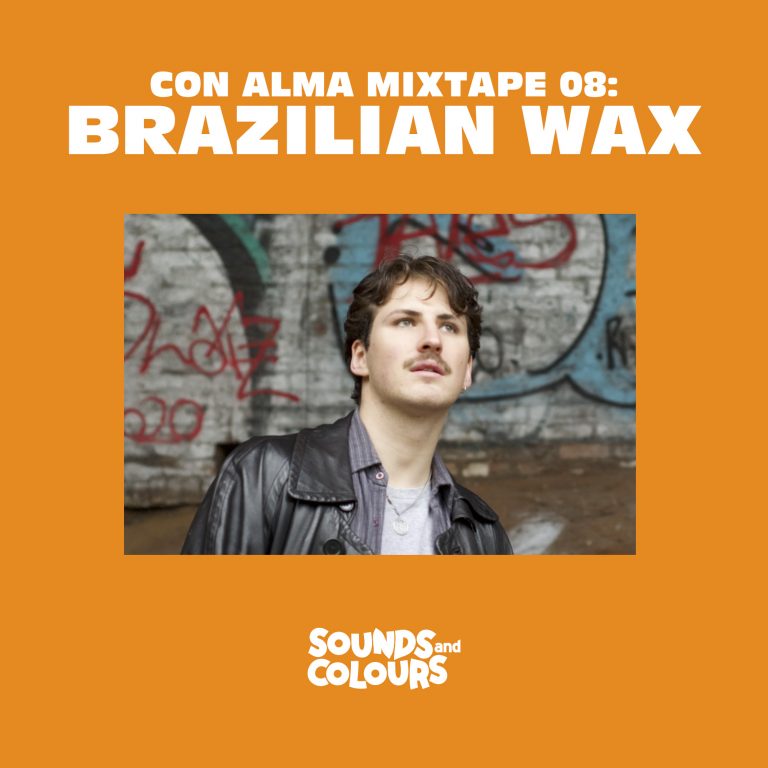 Inspired by the wealth of vivid Con Alma contributions thus far – from Trepanado‘s inaugural, languid mix, to Cauana‘s meticulously researched collection – I decided to compile my own. Besides editing the Sounds & Colours music section, I am co-founder and -director of the DJ, promoter and presenter duo Brazilian Wax – dedicated to the tenet of sharing Brazilian music with the UK and beyond. Below is an excerpt from a recent Brazilian Wax press release:

“A familiar fixture in the UK’s global-music club scene, the last few years have seen Brazilian Wax cut their teeth at packed-out parties nationwide. The duo, that, pre-Covid, hosted a quarterly residency at NT’s Bar (Dalston, London), has rubbed shoulders with influential names in the most border-pushing, globe-spanning club scene. They’ve gained accolades from the BBC and Jazz FM, hosting and playing alongside the likes of: Boiler-Room founder Thris Tian, Mafalda, Trepanado, Mr Bongo, DJ Tahira, Patrick Forge, Social Joy and UK jazz poster-stars Nubya Garcia and Emma-Jean Thackray. In an era in which labels such as ‘world music’ are finally being called out for the problematic categories they are, Brazilian Wax consistently throw genre-spanning, pulse-racing, polychrome parties drawing specifically from Brazil’s complex musical tapestry.”

My Con Alma wakes, as I do, slowly: catatonic, in a bleary stupor. Joana Queiroz’s “Concha” acts as a sotto voce alarm-call, opening the mix and heralding a wash of nebulous layers courtesy of Cadu Tenório and Fernando Falcão. As the mix progresses, there’s little to suggest its sleepy tone will disturb the Monday-morning somnambulist. Scenic routes through slight psychedelia (Manduka, Lula Côrtes and Zé Ramalho) is droning rather than enlivening. But, when Queiroz’s “Concha” returns as this Con Alma‘s bookend, the humming woodwind becomes rousing – jubilant, hopefully, in a new buoyant context.