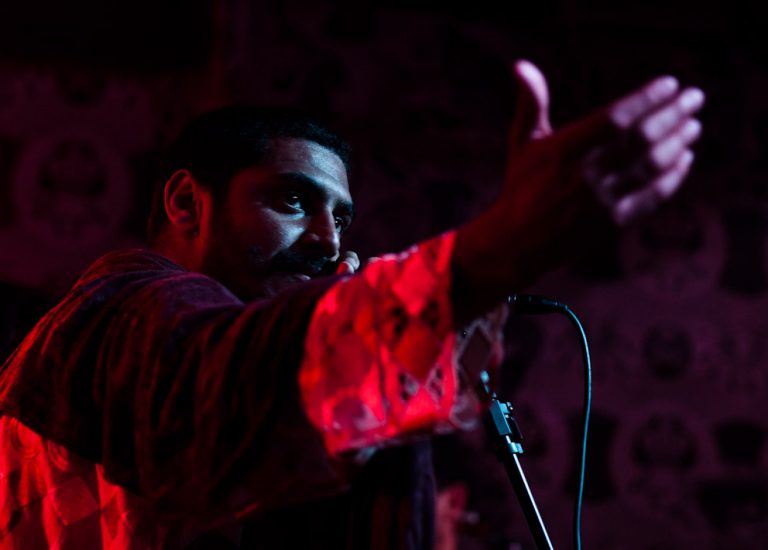 Criolo to Play London in September

Criolo is a man of vision, words, passion and poetry. A Brazilian icon, he speaks from the heart about his country’s political and social climate, whilst also “slapping us in the face” with hard-truths about our society on a global scale that are sometimes difficult to swallow, but extremely necessary.

One of the countries’ best rappers and musicians, he has travelled far and wide across Brazil to deliver a musical collection that extends far beyond rap, fusing samba, electronic beats and global influences into his music with such urgency that he is quickly rising to the ranks of becoming a global phenomenon. Touring across Europe, he hopes to spread the love of humanity, that is always there, even if it doesn’t always exist in SP (São Paulo), his home city.

While the rapper maintains that his music is a tribute to those enduring hardships in society, not always you or me, but a large number who truly suffer both in his country and outside of it, his beautiful lyrics are a call for freedom and change, in a society so burdened by hate and pain.

On 10th September, at the Islington Academy Hall, Criolo will be blessing North London with his charismatic personality and positive energy for a mesmerising, emotional two and a half hour performance. He’ll be dropping his latest releases, “Boca de Lobo” and “Eterea”, as well as playing a retrospective of his older and much loved tracks from albums such as Nó Na Orelha and Convoque Seu Buda. He’ll be accompanied by his side kick and partner in crime DJ Dan Dan and his entourage of multi-instrumentalists: Bruno Buarque, Dudinha and Daniel Ganjaman.

Tickets and information for Criolo at Islington Academy Hall in London on 10th September 2019 can be found via the show’s Facebook event.