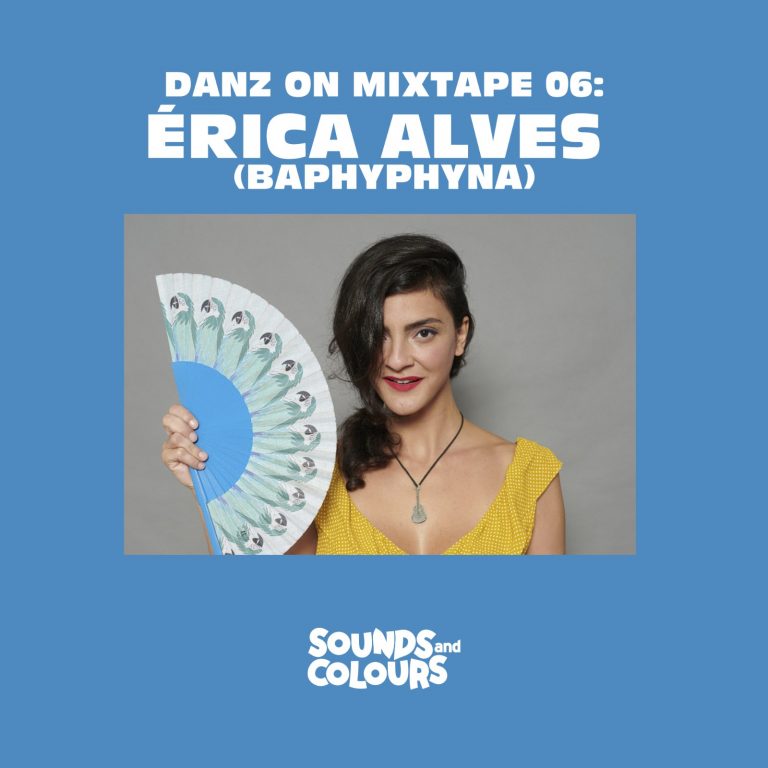 Érica Alves, AKA Érica (live), is a singer, producer and DJ from Rio de Janeiro, Brazil. Celebrated, both, for her electronic productions and analogue live act, the Red Bull Music Academy 2016 alumna is also head of Baphyphyna Records – a label specialising in the experimental end of Brazilian electronic music. Recent output has seen the Baphyphyna release works by trailblazing Brazilian producers and DJs such as Vermelho, L_cio, RHR, Mari Herzer and Entropia-Entalpia, as well as music by up-and-coming favourites such as Kauan Marco and Jacques Default on their Baphyanas Brasileyras I compilation. The second part of the five-part Baphyanas Brasileyras compilation series is out next Friday. The tireless musician also hosts radio shows on dublab Brasil and the Manchester-based Reform Radio. We’re so pleased Alves could find time in her busy schedule to record this week’s Danz On Mixtape.

“This one-hour mix brings some of the most recent tracks that I have received from producers in my home country, including a fresh release from Baphyphyna Records, Exposed, the debut EP of Adeus à Linguagem trio. “