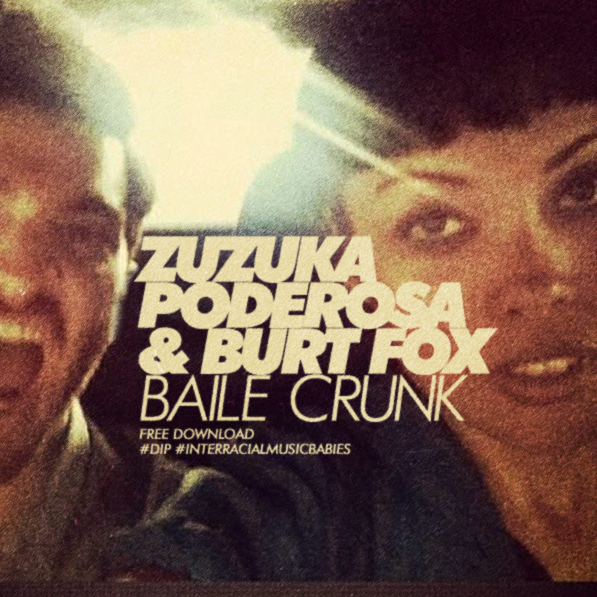 Since Carnival season in much of the Caribbean and Latin America is right around the corner, and the 2014 FIFA World Cup inches near, I’ve developed an extra penchant for music that sounds like a celebration. And new songs by artists from Colombia and Brazil fit right into this category.

The music isn’t brand new; the song has been making viral waves in several forms (not a surprise, as Coca-Cola knows a thing or two about marketing products widely), including a version by Wisin, the former frontman of reggaeton duo Wisin y Yandel, with Mexican singer, Patty Cantu, and Brazilian-born singer David Correy (of X-Factor-fame). There’s even an English-language-only version, “The World is Ours,” by Correy featuring Brazilian percussion troupe Monobloco. (I’m partial to Vives’ and Amarantos’ version, but I’m a biased South American who thinks music sounds better in Spanish and Portuguese.) Speaking of Amarantos, she’s featured in a performance video along with our favorite Brooklyn-based Brazilian Queen of Carioca Bass, Zuzuka Poderosa. If a studio session can be defined as sexy, this performance of “Abre de Rodinha,” is the standard. It aired on Brazilian music channel, Bis, which is home to Amarantos’ docu-style show, “Gaby Gringa.”

Zuzuka Poderosa released a CRUNK-tastic new track with producer, Burt Fox. She says the idea behind “Baile Crunk,” which you can download via Soundcloud, is South America meets North America’s “dirty south,” with some of her New York City heat mixed in, of course.

I love it and have anointed it my summer anthem. You should, too! Carnival in Barranquilla, Colombia, is about 44 days away. This means that during every pre-Carnival weekend activity (which began on Dec. 27, I kid you not), and on Carnival Week (March 1-4) itself, the sound of the gaita will be prominent throughout ‘la arenosa.’ For those of us who can’t be there, here is a fun consolation: Peligrosa‘s DJ Orion (Austin, Texas) whipped up a juke/gaita remix of Los Gaiteros de San Jacinto’s “La Vaina.” “La vaina ya se formo,” all right, as this remix makes me long for my parents’ homeland!

Kansas City’s Making Movies, a quartet created by two Panamanian brothers, spent last year touring the United States, Puerto Rico, and Panama, on their album, 2013’s “A La Deriva.” Produced by Steve Berlin of veteran Chicano rock outfit, Los Lobos, it is very much a psychedelic re-envisioning of the classic “son.” Now, some noted Moombathon DJs/producers have put a different spin on one of the album’s best tracks.

Secret Sauce, made up of Kansas City-based DJs Brent Tactic, DJ Archi, and DJ B-Stee, took “Lo Que Quiero,” a song about addictive cycles of abusive relationships (hear the original here), and turned it into a sensual moombasoul track. Download it via Do Androids Dance‘s Soundcloud.

One of my favorite German DJs, So Shifty, has loads of new goodies up on his Soundcloud, but this mix featuring some of the best reggaeton from 2013 has stuck with me, as reggaeton continues its popularity in Barranquilla, Colombia. So, as we’re a few weeks from Barranquilla’s Carnival (March 1-4), I leave you with “Rebota Bum Bum” by So Shifty, who hails from Hamburg.