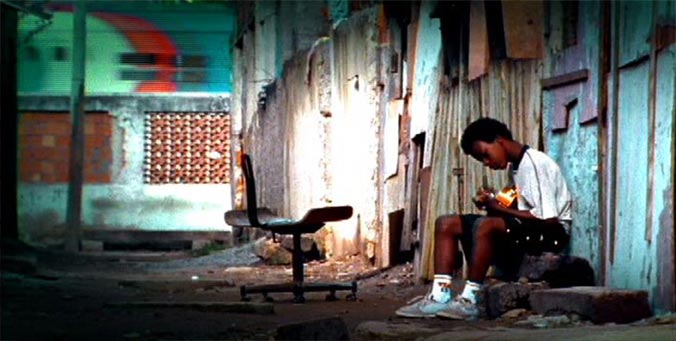 As regular readers of Sounds and Colours will know, we’re rather partial to making lists of films that are freely available online and represent distinct aspects of South American culture. Our latest list is devoted to music documentaries looking at all manner of musical styles and movements from the region, with films focused on Brazil, Argentina, Colombia, Chile, Peru and Venezuela. We’ve tried to ensure a wide variety to the featured topics and, as such, there should be something here for everyone to get their teeth into. This list makes no attempt to rank the films, nor does it purport that these films are any better or worse than other music documentaries related to South America. The idea is to provide a sample of some of the films out there so that, firstly, they are enjoyed and, secondly, we hope they will open a few doors for our readers into new areas of regional identity. As ever, we welcome comments and suggestions below the article for any other films or documentaries of interest.

The ‘if it wasn’t for music, I’d be dead/in prison/a street sweeper/a virgin’ narrative is the rags to riches life story of many a modern success, as stars divulge the  feats that saw them overcome hardship to rise to the very top of their profession. Overcoming the towering obstacles of gang violence (Ice Cube), disability (Stevie Wonder), civil war (K’Naan) or daddy’s millions and the sunny side of elitist education (Lily Allen), the mercurial rise of the underdog from humble, disadvantaged origins to cream of the crop never fails to show that this particular musician is all about keeping it real. A cliché at times perhaps, a manufactured ruse at others, but that doesn’t detract from music’s undeniable power to elevate people beyond their strata, even if the concept is often expropriated for reasons of commercial credibility.

Then along comes a film like Favela Rising which fully emphasizes music as a tool of social development and an outlet for the marginalised. The favelas of Rio de Janeiro are beset by drugs wars, poverty and limited opportunity, and the resultant violence and crime, fuelled by the potential rewards of status and material gain which are out of reach through conventional avenues due to social inequalities. Anderson Sá is an ex-trafficker who uses his experience to offer boys a different path in life: music. Sá founded the AfroReggae collective, a community project merging aspects of funk, hip hop, reggae and samba in workshops and social gatherings aimed at promoting creativity and musical expression as an alternative to gang membership. Favela Rising charts the organization’s efforts in building opportunities for young people.

Buenos Aires, 25 Años de Hardcore Punk is a pretty self-explanatory title for a music documentary, but this film delves deep into exploring the origins of the underground punk movement in Argentina and its wider socio-political connotations. The year is 1980 and Argentina, as with several other Latin American countries, is ensconced in the oppressive grip of military dictatorship. Disaffected and youthful rebellion is expressed through the emergence of a music scene that draws influence from the anti-establishment ethos of British punk.  The first wave of Buenos Aires bands had names which summed up their rebellious nature, expressed in somewhat puerile taste that was no doubt a reaction to the brutality of military rule: Los Violadores (The Violators), Los Testículos (The Testicles), Los Laxantes (The Laxatives) and so on. The latter part of the 80s, and the post-dictatorship, didn’t bring much respite in terms of band names, with Todos Tus Muertos (All Your Dead), Massacre Palestina (Palestinian Massacre), Cádaveres de Niños (Corpses of Children) etc.

To outsiders, the Pacific coast of Peru perhaps forms a less familiar aspect of the country’s identity than its Andean magnificence but, as Tras la Larga Noche shows, the coastal regions are home to a rich musical culture, rooted in the African traditions that were forcibly transplanted to the Americas in a previous era. These musical characteristics of Africa interwove with those of indigenous American cultures and even European influences imported by the Spanish. This sound is now synonymous with the Peruvian coast.

At the forefront of la cultura afroperuana is the singer Susana Baca, who plays a central role in this film as she guides the viewer through the black Peruvian experience. Music and other cultural forms of African descent were widely overlooked until the mid-20th century, as social segregation along racial lines confined these aspects of Peruvian identity to specific zones. This absence of outside interference, however, allowed regional music and creative expression to remain true to its roots and flourish artistically. Tras la Larga Noche charts the renaissance of African-Peruvian music and its growing global recognition.

The gaita, a flute-type wind instrument, perhaps represents Colombian musical folklore more clearly than any other instrument of either indigenous or African tradition and the elements which have been central to the development of Colombia’s mestizo cultural identity. This film celebrates the importance of the gaita and the relationship between music, people and nature. Son de Gaita takes the form of a road movie as a group of musicians travel rural, mountain and island communities where they play to distinct audiences, united in the bond that envelops folklore. It’s a lovely film, as much an ode to the land as a document of musical heritage.

In 2004, director Pablo Flores observed and followed four Chilean bands as they toured and took a keen interest in social issues within the country. Juana Fe, Escaso Aporte, Sandino Rockers and Tupak la Brigada have maintained a focus on raising issues of common importance through music, continuing a Chilean tradition of music as a social tool since the early part of the 20th century. The music merges punk with cumbia or ska, and topics addressed by these bands include human rights, indigenous movements and student protests. Flores provides an eye-catching trip into the Chilean subculture.

Radio La Colifata is a Buenos Aires-based station that was founded in 1991 as a means of treating mental health patients in the neurological Borda hospital in the Argentinean capital. It was founded by Alfredo Olivera, who directed this film with his brother Juan, and its successful model has been repeated in several other parts of the world. Manu Chao visited the hospital, where La Colifata is located, in order to show his support for the work and to promote his right-on message of social cooperation. The Olivera brothers’ film documents the history of La Colifata through the presence of a musician of world renown.

The issue of copyright dominates the internet age as cultural forms, principally music and film, nowadays possess a level of accessibility which poses serious questions about the future of intellectual property.  This theme forms the basis of Good Copy, Bad Copy and looks at how music is appropriated in a modern phenomenon that divides opinion: using an existing sound to create something original, and the moral and legal complexities involved in sampling, remixing and file-sharing. This US production looks at cases in the US, Sweden, Russia, Nigeria and Brazil (hence its selection on this list).

I recently saw A Band Called Death, which I thoroughly enjoyed, a documentary about the Hackney brothers, three African-American siblings from Detroit who formed the garage punk band Death in the early-70s, a few years before The Sex Pistols and The Ramones catapulted the movement skywards. But were Death the first punk band? Perhaps not. Los Saicos were formed in Lima in 1964 before disbanding just a couple of years later but in that time they created a legacy that would have a broad influence on rock music in South America. Innovative and talented, Los Saicos and their story form the backbone of this documentary.

Changa Tuki is a Venezuelan musical movement that blends hip hop, reggaeton and house in a party vibe that can probably de described as an ‘acquired taste’. The sound is garish, brash and raunchy yet it is beloved of a generation of producers, singers and dancers who have made the music hugely popular at street parties and discos across the country. This is a short film that introduces several of the main players on the Changa Tuki scene, such as Pocz & Pacheko and DJ Yirvin.

Brazilian rapper Criolo takes us on a tour of his manor, in this short film from French video visionary Vincent Moon. What more needs to be said? Fantastic stuff.