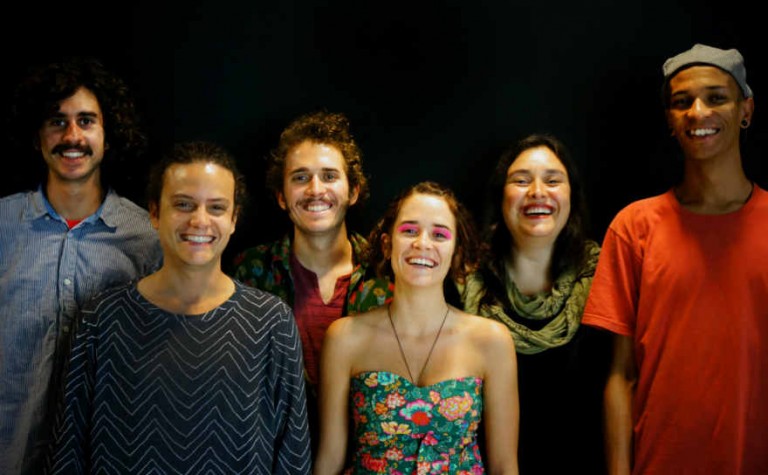 Brazilian post-tropicalistas Graveola have released their latest single and it’s a joyous stomp with a powerful message. Written by and featuring the vocals of group member José Luis Braga the track is a message of strength, offering solidarity to the indigenous population of Brazil, who have consistently been maligned by authorities and large corporations.

As the group themselves say on Facebook, this track is arriving “com emanações de força pra luta dos povos indígenas do Brasil”, or in other words, with strong sentiments to help with the fight of the indigenous people of Brazil.

As well as releasing “Índio Maracanã”, which you can listen to below, yesterday Graveola also published “Talismã”, another single off what will be the group’s forthcoming album Camaleão Borboleta, which hopefully we will get to hear in its entirety soon.