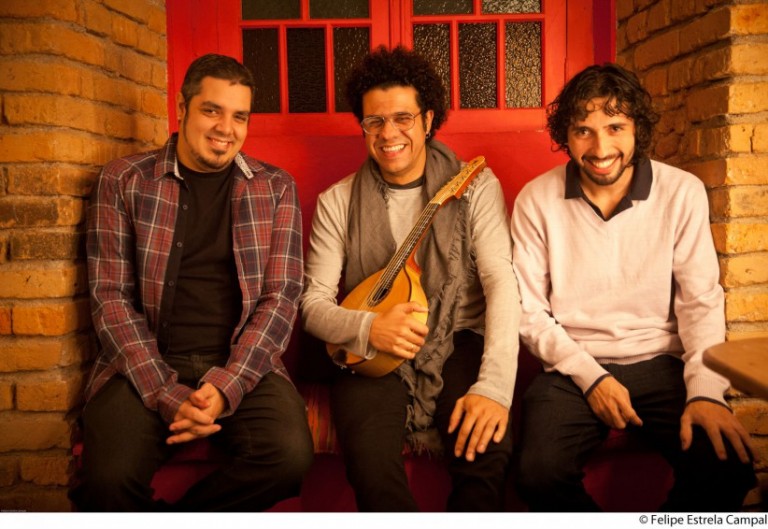 Hamilton de Holanda is currently one of the most celebrated instrumentalists in Brazil, blending Brazilian choro, samba and jazz together into beautiful dream-like bandolin chords. The 11 time winner of the Prêmio da Música Brasileira will launch his new album Samba de Chico, a collection of re-arranged songs in honour of singer/songwriter and poet Chico Buarque, on April 22nd.

The album is produced together with Chico Buarque himself, as well as Italian pianist Stefano Bollani. De Holanda’s opening track Vai Trabalhar Vagabundo is a bandolin remake of the 1976 original by Chico, a tune designed to accompany the comedic movie of 1976 of the same name by Hugo Carvana. It’s an opener that transports the listener back 40 years, a symbolic gesture to de Holanda’s 40th birthday this year, straight-away to the beginning of a chronological journey through Brazil’s exciting samba history.

Celebrating the release of Samba de Chico, the bandolin virtuoso will be heading off to Europe once more, this time accompanied by André Vasconcellos on the double bass and Thiago da Serrinha on percussions.

The tour will start on April 26th in Vienna, Austria at the historic >Konzerthaus, before moving on to Innsbruck and Hamburg over the following days.

Samba de Chico will be released by Rio-based label Biscoito Fino on April 23rd. Have a listen to “Vai Trabalhar Vagabundo”: