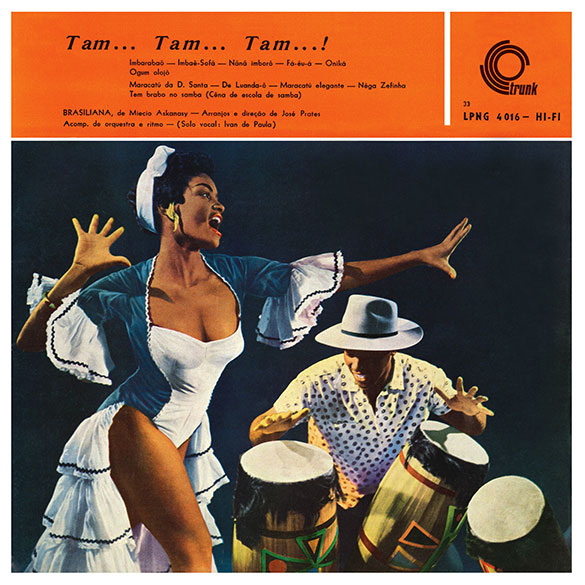 If you saw Gilles Peterson‘s film about making his recent Brazilian album, Sonzeira, you will have seen that Gilles really wanted one particular Brazilian album, more than any other album. That album was Tam…Tam…Tam…! by José Prates and Miecio Askanasy, an LP that came out all the way back in 1958 and which, in “Nana Imborô” contains the track that would be later shaped by Jorge Ben into “Mas Que Nada”. That is Brazilian history right there!

The great news is that that album has now been reissued by the almighty Trunk Records and is available on both vinyl and CD. You can read about their reasons for reissuing the album, and the sheer love they have for it, right here.

The vinyl version of the reissue is already hard to get hold of but try Norman Records, Rush Hour or Amazon US to try and get hold of one. The CD version is available from Amazon UK or Amazon US. For a digital version check out iTunes UK or iTunes US.