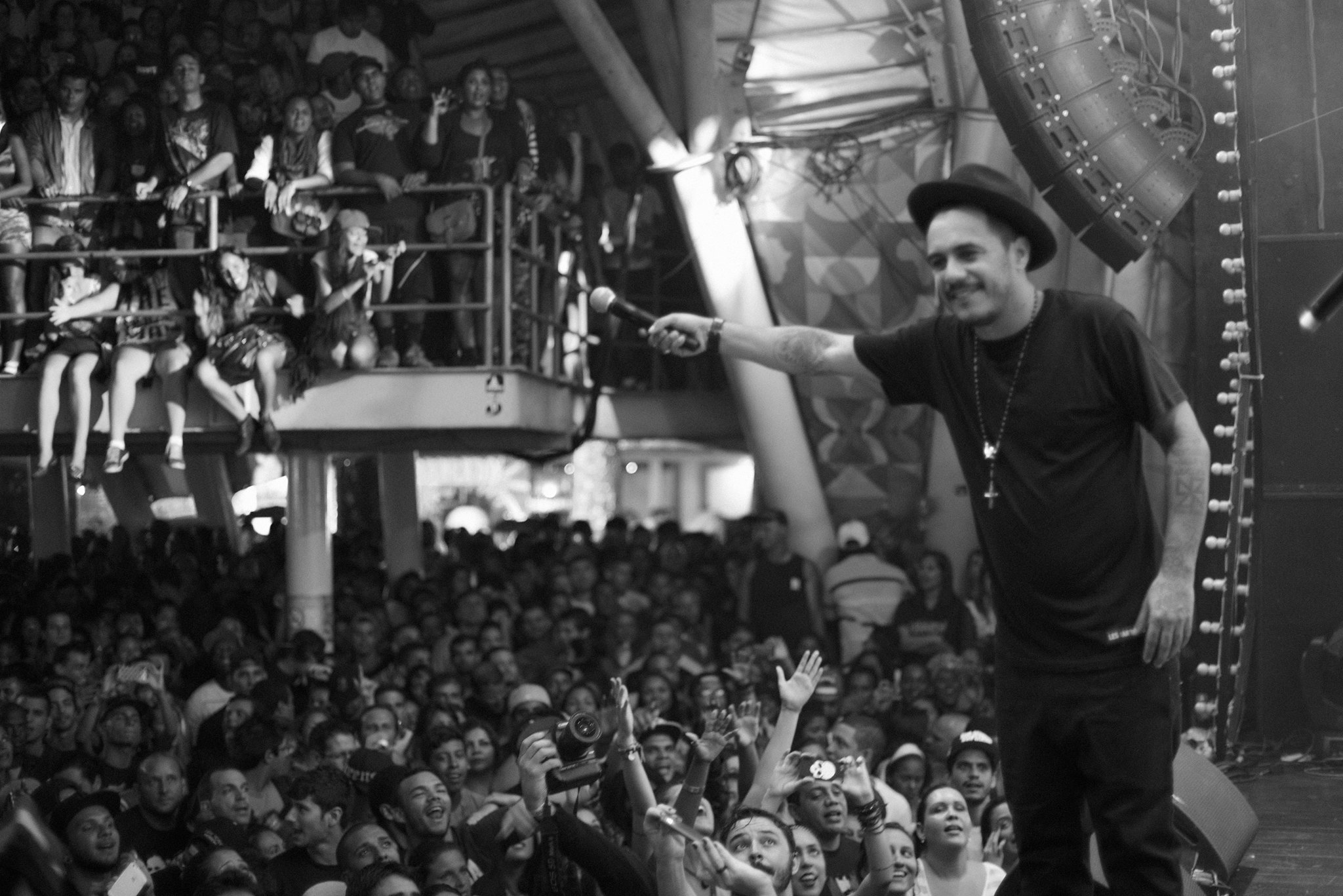 Ahead of his performance at London’s Electric Brixton on August 22nd, the one-and-only Brazilian hip-hop showman Marcelo D2 has picked out five of his favourite samba tracks, a selection that he likes to call “Os Verdadeiros Arquitetos da Música Brasileira” (The True Architects of Brazilian Music).

First with his hip-hop crew Planet Hemp and then later with his solo work, Marcelo D2 has been one of the first Brazilian rappers to crossover and achieve international success, stunning all with his signature style, melding New York-esque grooves but replacing the soul and funk samples with those from the samba and bossa nova of his very own Rio de Janeiro. After 20 years of making music, his latest album Nada Pode Me Parar, which has been getting much love from the critics and public alike, has put the rapper back in the spotlight once more.

Marcelo D2 will be playing at London’s Electric Brixton on August 22nd. Tickets are available from SeeTickets and more information is available on Facebook.

And to finish off we chose a live track by one of the current greats of contemporary samba carioca Arlindo Cruz, backed up by none other than Marcelo D2 (showing that Marcelo can do the samba too!):

Marcelo D2’s show is being promoted by the B•Mundo label and international booking agency Primeira Linha, who have joined forces to bring contemporary Brazilian music to the UK.