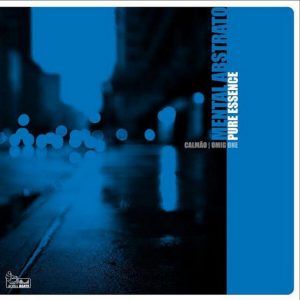 By now, there should be a copy of Mental Abstrato‘s second album, Uzoma, in every hip household in the land. The good news is that their rough, experimental and playful debut, Pure Essence, is now available on Bandcamp for streaming and download. It may not be as slick and polished as its über-groovy successor, but there’s a whole lot to like about it all the same.

Using samples from such luminaries as Miles Davis and Lonnie Liston Smith with added voices – whether guest rappers, spoken word or snatches of dialogue – the album effortlessly floats like a tripped-out butterfly through a musical landscape peopled by the spectres of Erykah Badu, Gang Starr, Ronny Jordan, Digable Planets and A Tribe Called Quest. Is it hip-hop jazz or jazzy hip-hop? Listen to “Quando Ouviu o Meu Samba” [above], for example, a kind of paean to samba and bossa nova by Jamaican rhyme-artist, Ohmega Watts, propelled for three irresistible minutes by a repetitive drum motif and delicious Brazilian piano and vocal samples. Or take the way Minismooth’s vocal turns “Pretérito Perfeito” into a re-imagining of Miles’ evergreen “So What”. Miles by Céu, perhaps. Maybe the most representative track of all is the longest on the album, “Mundo Cruel”, with extended tenor sax and guitar solos playing over the pulse of a minimal electric piano and an insistent asymmetric drum pattern.

If there’s a single signature note to this electro-potpourri it’s there in the coda to “Villa Bentrane”, in which the guitarist fires off a few final jazz licks before putting the guitar, so to speak, back in its case. A kind of rehearsal of what’s to come, in other words.

Pure Essence is available from Bandcamp