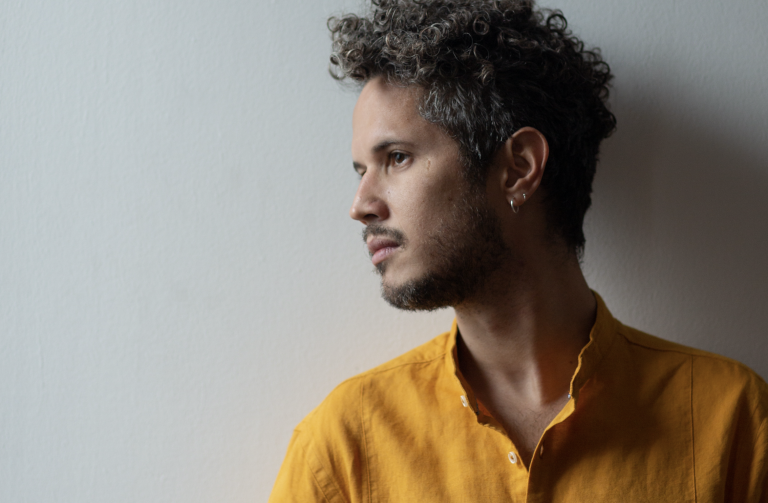 Vicente García, the bachata, folk, and pop-rock crooner from the Dominican Republic who calls Colombia home, is set to release a new record, Candela, on the 24th of May.

García’s camp tells us that alongside producer Eduardo Cabra (of Calle 13), his aim for this album was to explore the roots of merengue, which he considers the Dominican Republic’s “most important rhythm.” Part of his research included visiting a Santo Domingo state-owned musical library to listen to old merengue 78s.

García’s new track, “Ahí Ahí,” is a bachata with an opening sound that may remind some fans of British singer James Blake. And that’s exactly how the singer-songwriter described it to Rolling Stone: a “’James Blake-oriented with a Prophet [another synth] and trap sounds, but brought into the bachata;’ suggesting a previously unexpected fusion, somewhere between bachata and trance.”

Keep up with García for future tour dates and the album’s release on Facebook.