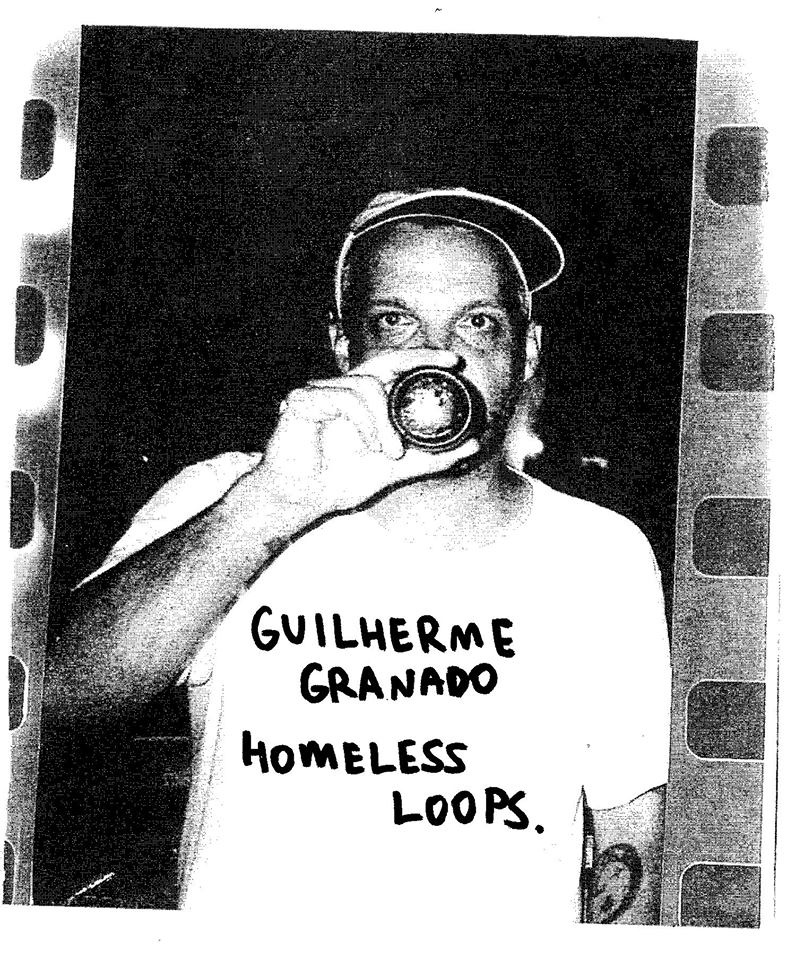 Homeless Loops is the latest release from Guilherme Granado, a Brazilian musician best known for his work in Hurtmold as well as São Paulo Underground but who is becoming increasingly prolific in his solo projects, whether recording under his own name or using his Bodes E Elefantes moniker.

Released by Proposito Records, Homeless Loops finds Granado exploring textures and beats using a simpler array of tools as he mentions in the album notes:

“at some point in 2010, I found myself, for a number of reasons, without access to my studio (Toca Do Conart), my records and almost everything in my personal and musical life. This compiles some pieces from that particular period. Everything was made with the little I had access to then: a sampler, a small synth, a portable turntable and about 25 records.”

It seems that the idea that limitations can fuel creativity applies quite spectacularly here as Granado creates a rich musical tapestry from his sampler and synth. Here is the worldwide première of Homeless Loops, a great record by one of Brazil’s most innovative artists.

Homeless Loops can be downloaded from propositorecs.bandcamp.com