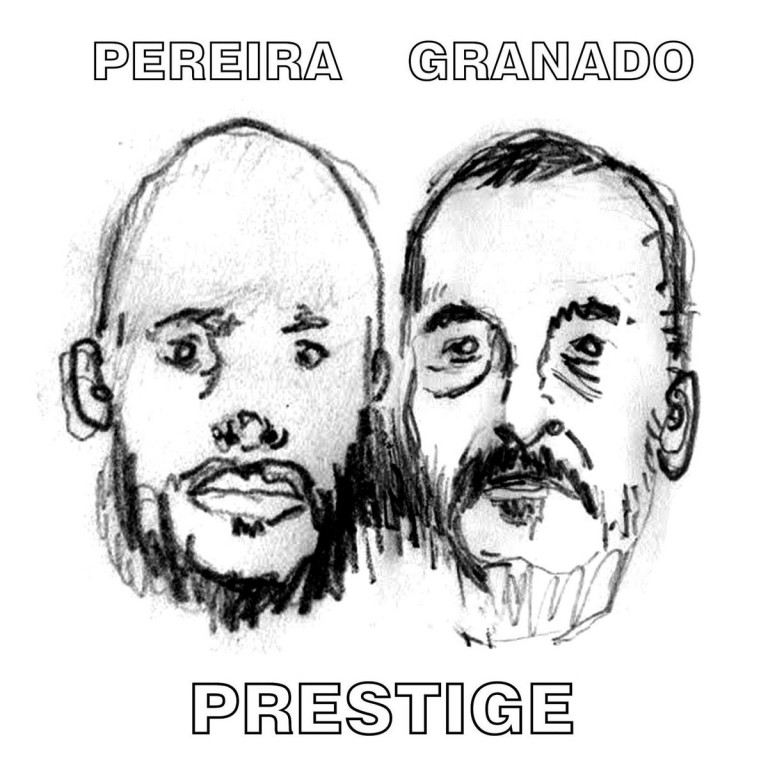 The word ‘kaleidoscopic’ must be applied to the debut release from São Paulo’s Prestige. Across thirteen tracks – mixed into two sides of music – the duo constantly criss-cross genres, passing through hip-hop beats, quasi-jazz instrumental passages, found sounds, industrial noise, buzzing electronica and even a full hip-hop divergence with the appearance of São Paulo MC Rodrigo Brandão.

This is not the first time that Guilherme Granado (a member of Hurtmold and São Paulo Underground) and Ricardo Pereira have worked together. Along with a number of other musicians they recorded together as Bodes e Elefantes, but this is their first outing just to feature the two of them. With a strong focus on textures and beats, it’s an immersive experience, never letting the listener take a break, always looking for new ideas and directions, never resting. It’s cosmic jazz translated to the laptop.

Prestige’s self-titled debut is released by Propósito Records and Estimulantes Jones Records and available at propositorecs.bandcamp.com/album/prestige.

The album artwork is by Marko Mello with the drawing by Andre Calvente.