If October is an indication of what’s in store for the global bass, tropical, Alt-Latino, and AfroColombian scenes in New York City leading up into the winter, then the Big Apple is going to be cooking.

This Saturday (Oct. 10), Uproot Andy and Geko Jones will have Miami-via-Venezuela’s Mr. Pauer as their guest DJ for Que Bajo?!, in the fantastic warehouse space they use religiously for their monthly party these days. The Wick, in the Brooklyn’s Bushwick section, is the perfect locale for Mr. Pauer (real name Toto Gonzalez) to celebrate his New York record release party for Orange, which he released in mid-September.

Though Mr. Pauer won’t be bringing any of the many singers he enlisted for the album, he’s a multi-instrumentalist, and will no doubt have various forms of percussion and at least keyboard on hand while he’s on stage. Check out this clip of Mr. Pauer on a much bigger stage last April, when he played Mexico City’s Vive Latino festival:

How about some progressive AfroCaribbean sound? New York City’s Delsonido performs on Sunday, Oct. 11, at Subrosa in Manhattan. The brainchild of Barranquilla-born producer/composer Elkin Pautt, the band meshes vallenato, cumbia, funk, reggae and other elements of Latin sounds with electronic dance music.

CMJ rolls back into New York this month, and though it seemed light on Latin to us this year, here are our two picks:

Brooklyn-via-Brazil’s Zuzuka Poderosa is performing at Louie and Chan’s on Thursday, Oct. 14, along with frequent collaborator from San Francisco, Kush Arora. Feeling more in the mood for dreamy indie rock with a bilingual bent? Head over to Left Field on Oct. 16, or Living Room on Oct. 17, and meet Balancer. The trio (Felipe Piedrahita, Gabriela Jimeno and Francisco Valentin) call Brooklyn home, but hail from Colombia & Puerto Rico.

For those craving an AfroColombian party, M.A.K.U. Soundsystem will perform in Brooklyn at Black Bear Bar, on Oct. 22, along with self-described “Psycho Latino” band, El Imperio. (Check out their style of psychedelic goodness here.)

Later this year, starting in November, M.A.K.U.’s tambor alegre player, Moris Jose Cañate Reyes, is one of the featured performers in an exciting month-long production, AfroColombia, at the Thalia Hispanic Theatre in Queens. Billed as “a musical exploring the African cultural footprint on the music & dance of Colombia,” the show will feature music and dance from both the Atlantic and Pacific coasts. Ticket info here. 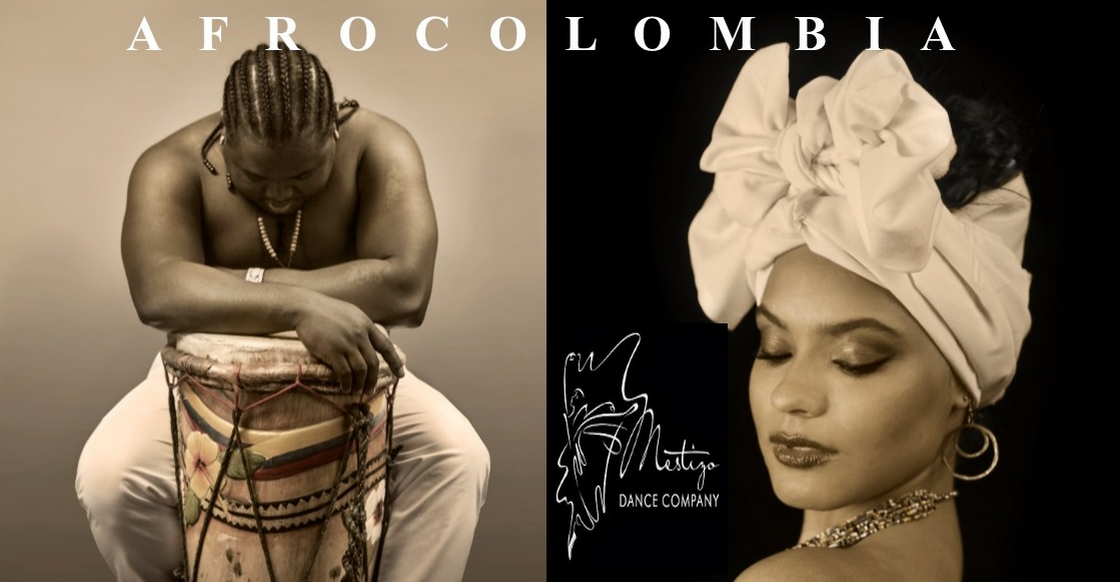 MAKU’s Moris Jose Cañate Reyes, is at left in this photo.