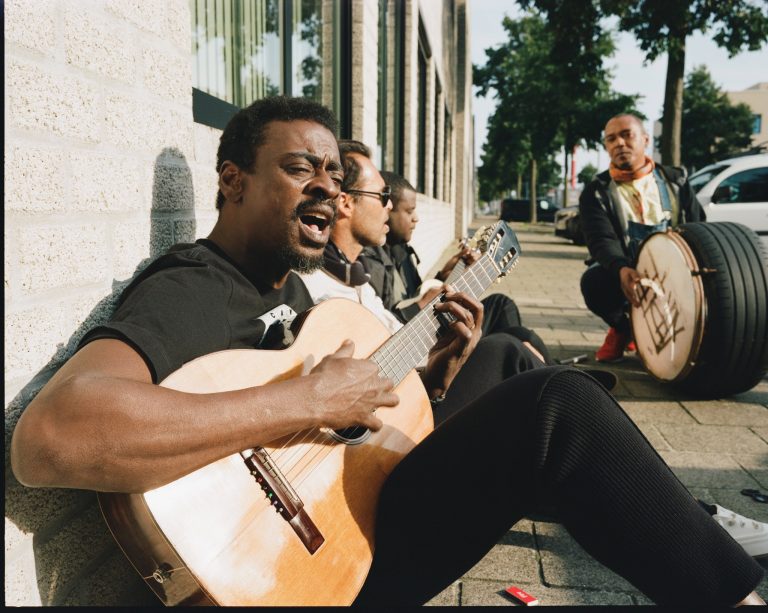 Seu Jorge and Rogê, two Brazilian carioca icons, have paired up to celebrate a miraculous 25 years of friendship in a musical partnership that not only pays homage to their brotherly-bond, but also to their unique, musical journeys. Seu Jorge & Rogê Night Dreamer Direct​-​To​-​Disc Sessions, to give the album its full title, is set for release in early 2020.

Similar to Seu Jorge’s Portuguese Bowie covers for The Life Aquatic, this new record is stripped back and raw. However, this time it has a different goal – to create a “classic Brazilian record” and with this fantastic pairing, there is a good chance they will succeed. If the first track to be released from the album, “Pra Você Amigo” (For You Friend) [listen at the bottom of the article] is anything to go by, then we certainly have high hopes. The track is a testament to the close-relationship between these two carioca musicians, highlighting the strong value placed on friendship in Brazilian society as a whole. Other songs on the record include “Meu Brasil” (My Brazil) and “Onda Carioca” (Rio de Janeiro wave), proof that while Seu Jorge may be living in LA, his love for his home country still runs deep.

Though not as big a name as Seu Jorge internationally, Rogê is no sideman in this musical partnership. He is a songwriter, composer and musician in his own right, known for his strong samba identity, who has previously written for Seu Jorge and received a Latin Grammy Nomination for his record Na Veia, a collaboration with samba legend Arlindo Cruz. Always with samba at the roots of his music, Rogê adds elements of bossa nova, reggae and funk to the mix, always moving seamlessly between styles.

For a taster of what to expect check out a jam session of the two Brazilian musical gurus here on Rogê’s Instagram.

Seu Jorge & Rogê Night Dreamer Direct-To-Disc Sessions will be released on 7th February 2020 by the UK-based, direct-to-disc record label, Night Dreamer (part of a series of direct-to-vinyl records the label are putting out).