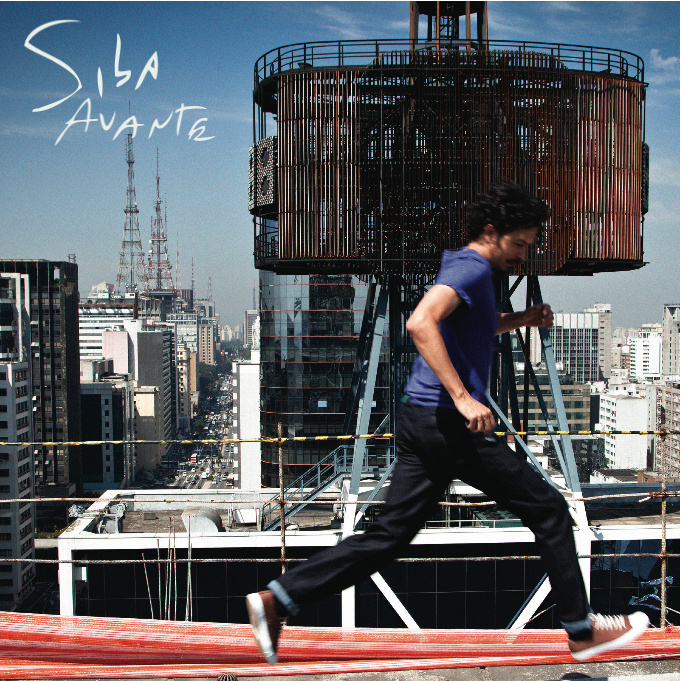 Ever since I first heard “Qasida”, the 10th track off Siba Veloso’s latest album Avante, I haven’t been able to stop listening to it. It’s lyrics are apprehensive, poetic, the conflicting words of someone who is looking for something but unsure of what: “lembro bem do momento em que parti / só não sei quantas vezes retornei” (“I remember well the moment I left / I just don’t know how many times I returned”). Siba’s pensive words are brought to the listener’s attention with just the minimum of backing, a resonant guitar and distorted vibraphone. Slowly, the blurred lines become more cohesive, there is an acceptance: “vou deixar este canto abandonado, para sempre do jeito como está” (“I will leave this abandoned corner (or song?) / forever the way it is”). As Siba attempts to bring his thoughts to a conclusion a distinctive guitar motif emerges, it’s a sign of things to come, for as Siba utters the last lines – “sem voltar pra você eu não descanso / minha casa é você e eu já sabia” (“without returning to you I will not rest / my house is you and I already knew it”) – the song bursts into life. The explosion begins with an irresistibly jovial tuba riff, before Siba’s guitar storms head-first into a dizzying repeating guitar line. Soon he is joined by Fernando Catatau, making a cameo on a second guitar, and doing what only Catatau can do. The two axemen battle each other in a race to the finish that feels like a pure flowering of emotion, a release from the cerebral to the physical.

Avante is Siba’s first album to be credited to solely his name. It’s his most personal record to date. “Qasida” is just one of many tracks that is proof of that. It’s also an album that defies categorisation; there are many elements of traditional northeastern Brazilian music borne from a career in which he has immersed himself wholeheartedly in that culture, but there are also elements of African music, of rock, of jazz and of poetry, with a melodicism and sense of dynamics that give the album a sense of timelessness, a freshness that’s still there 10 months after first hearing the album [it came out in Brazil in 2012 before finally getting its international release this year].

Siba came to the public’s attention as a member of Mestre Ambrósio, an important band in Recife’s manguebit scene of the 90s, though one that was also slightly apart from that movement. They were never quite as interested in hip-hop culture as their contemporaries (Chico Science & Nacao Zumbi and Mundo Livre S/A chief amongst them) and also looked deeper into traditional music from the northeast of Brazil, finding inspiration in genres such as cavalo-marinho, maracatu de baque solto, coco de roda and cantoria de viola. Whereas Chico Science & co. got people principally interested in maracatu – to the extent that every band from Recife for a while had to feature a drum (a ditadura do tamborzinho!) – and the possibilities of fusing it with rock and hip-hop, Mestre Ambrósio’s influence could be heard in groups like Comadre Fulozinha and Orquestra Contemporânea de Olinda, groups who saw new ways of presenting a wide range of traditional music in a modern context without veering too far from the source.

When Mestre Ambrósio split Siba went even further into the traditions of the Brazilian northeast, moving to the rural town of Nazaré da Mata where he put together a group of local musicians, christening them Siba E A Fuloresta, releasing three albums playing traditional brass-led music (such as ciranda and frevo) and touring internationally with the group. At the same time he recorded some of these musicians, revered figures like Zé Galdino and João Limoeiro, playing their own compositions in his Poetas da Mata Norte series.

Out of this narrative, Avante comes as a surprise. On his latest Siba has switched from playing the traditional rabeca instrument (with which he’d always been associated) to guitar and has set up a small group featuring himself on guitar and vocals, along with tuba, vibraphones/keyboard and drums. In a way this line-up does bring a “rock” feel, with tuba playing the bass lines and keyboards being used to add unexpected textures, but you could never call this a “rock” album. The track “Canoa Furada” is a great example of this. In essence the track is a frevo – something which was more evident when Siba originally recorded it with his Fuloresta group – but one with raucous gnarly keyboards that seem to be imitating the waves bashing the leaking canoe (“canoa furada”) of the title; a rare appearance of a flute (evoking the bandas de pífanos of the northeast); Siba’s jocular lyrics of a fishermen who falls asleep in his boat, only to wake and find that he is sinking, before then asking for help from God, wishing he could collect call from his phone, and so on; as well as Siba’s guitarwork which has a real West African feel, revealing some of his early love for music from Mali and Congo, though I also sensed a link with the Angolan musician Waldemar Bastos (whose works reflect the legacy left by Portuguese colonization), and especially songs of his like “Rainha Ginga” that feature lead guitar.