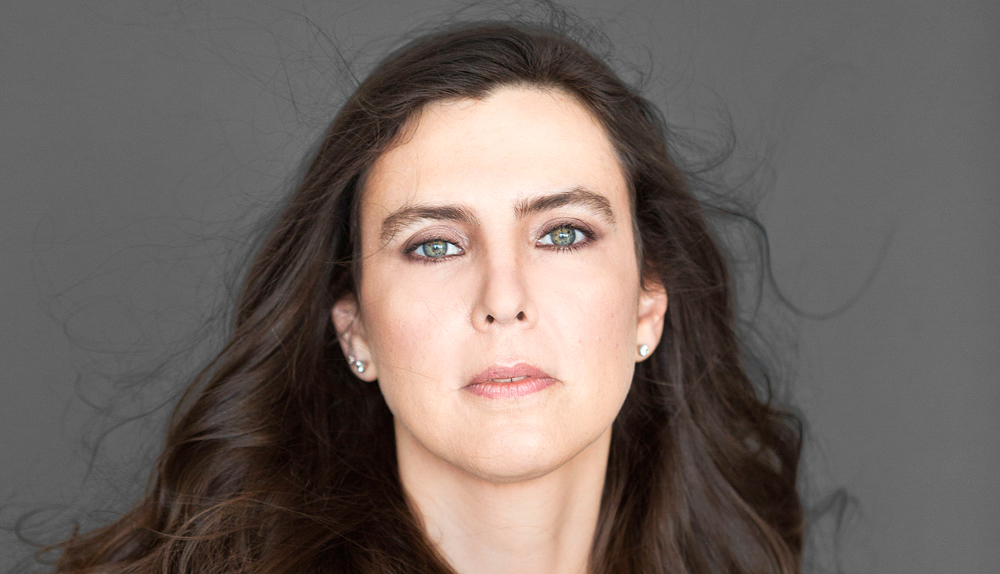 Something Has Changed In Brazil: An Interview with Adriana Calcanhotto

More than twenty years since the release of her first album, Adriana Calcanhotto has become one of Brazil’s most cherished and well-known voices. It is surprising then that this one-off show, forming part of the very first FlipSide festival, is only her third visit to the UK.

While the small, rural Suffolk town of Snape might seem an odd choice for such a concert, there is something very fitting about Calcanhotto’s appearance here. Not only because she was present at the very first Flip, the original Brazilian literary festival that inspired its UK counterpart, but also because of the event’s focus on music and literature. I caught up with Calcanhotto in her rather tropical dressing room after an entrancing concert in the stunning Snape Maltings concert hall.

How did you enjoy playing at the very first FlipSide?
It was great. I really love playing in this type of environment and in such a beautiful space. I find my live show really works in this kind of venue. A lot of venues can be very noisy and it just doesn’t work because it is too dynamic which makes the performance difficult but here it was just right.

How did you end up playing at FlipSide?
I was invited to play at the very first Flip festival in Brazil because it was in honour of Vinicius do Moraes, so I went and performed a solo concert there. Then I went back in 2009 for the edition celebrating the poet Manuel Banderia. This time I was with the full band and we played in the opening session. Then this year I came back once more to launch an anthology of Brazilian poetry for children and I also had the chance to sing for children as well.

Liz (Calder) invited me to come here to FlipSide and said to me: “this place is made for you. It suits your spirit.” As soon as I came I understood what she meant, it is very pretty here and the sea is incredible.

The festival covers music, literature and poetry, something that has been very present in your own music. How do you consider the relationship between these different forms?
I don’t think there is a hierarchy between these forms, with one being “better” than the other. There exist marvellous lyrics in music and very bad poems. Brazilian music has a tradition of transmitting poetry through popular music, much like what happened in ancient Greece. Vinicius de Moraes was the first to use poetry to make popular music. He changed the history of lyric writing in Brazil, causing a revolution in Brazilian music.

Speaking of revolutions in Brazilian music, was tropicália a direct influence on your music?
Tropicália had already happened by the time I was born. It was something very strong and very intense, it happened very quickly over a very short period of time. However, it went on to influence a great number of people. For me these cultural phenomena and the exploration of the so-called “low culture”, especially everything associated with the clothing, for example, using clothes without meaning, without “fashion”… all of this really interests me.

In Brazil there is a moment during your adolescence when you have to choose: rock or MPB. Because I didn’t speak English very well and the rock that was being played at that time was progressive, hard rock I ended up heading towards MPB. I started listening to songs by people like Chico Buarque, Caetano (Veloso), (Jards) Macalé and became just crazy about the lyrics. From then on I started to buy more and more albums, singles and discographies.

So, could you tell us about your own songwriting process?
It isn’t always the same. I did notice that a lot of the time I am playing something I know but then I make a mistake or change a chord. This is the error of something new and from this you start to make a combination that didn’t exist before. Sometimes a song can appear out of nowhere and sometimes it takes 15 years for it to come out.

How did your latest album Micróbio de Samba come about?
The album came about when I realised I had a samba here, another one there, one I gave to someone, one I had in the drawer, etc. So, I decided to record them all together in a studio session so I could keep them on file. I recorded them with Domenico (Lancelotti) and Alberto Continentino with this really old guitar that I had bought that had such an incredible sound for samba. We started talking and thought why do this just to keep it to ourselves? Let’s do it to share, so I ended up doing shows and it was fantastic.

How do you see the music scene in Brazil at the moment?
Something has changed in Brazil – it is so much easier to make music than it ever was before. The music used to be much more controlled by the radio stations who chose the music that people would listen to. Anyone who dared do something else, something different would never survive. I remember during the time when Brazilian rock was really big and I was playing acoustic guitar it was seen to be quite something! With the rise of internet giving everybody the chance to make music, this control has ended and I think this is fantastic. Now artists are trying brand new things – they want to be who they are, instead of wanting to be their idols.

So, what projects are you working on now? You mentioned a collection of children’s poetry?
Yes, for this project I chose the poets, I chose the poems and I drew the pictures. Compiling poems is very different from composing or songwriting. It is much more like interpretation, transmitting somebody else’s poetry. These are really important poets and such a thing didn’t exist in Brazil before so I kind of feel what I am doing is a public duty!

And musically?
We just finished an album called A Arca de Noé which is an album of songs for children originally recorded by Vinicius de Moraes and released in the 1980s. This year marks the centenary of his birth so we decided to remake the Arca album with new arrangements, bringing together lots of different artists that were influenced by the album in their childhood. Each artist interprets the song in their own style, all inspired by their own childhood memory of that particular song. Of course, the original will continue to sell because it is still a classic but this is another, modernised vision of the album.

Do you think you will be back at Flip or indeed at FlipSide in the future?
Of course! If they’ll have me…