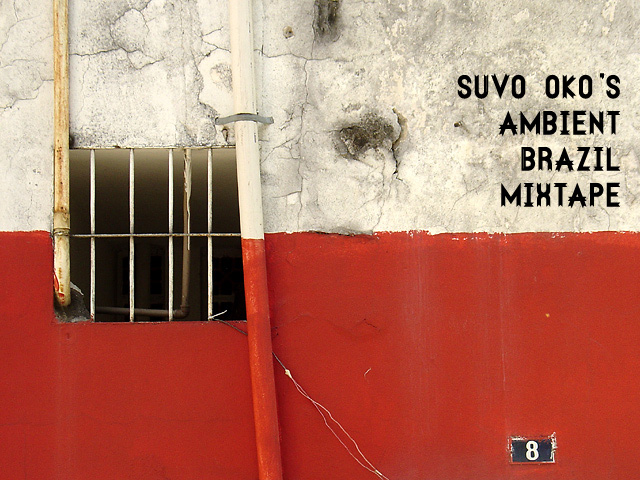 Rodrigo Miravalles is a Brazilian DJ and radio broadcaster. From his home in Skopje, Macedonia he has created an unlikely home for  experimental Brazilian music in Eastern Europe. As well as producing a weekly radio show on Macedonia’s Kanal 103, he presents his own Suvo Oko radio show/podcast, a show that is relentlessly ambitious in its scope of Brazilian music,covering everything from samba and bossa nova to avant-garde minimalism and noise rock. It’s a truly great show that deserves weekly attention.

We asked Rodrigo to put together a mix of new ambient Brazilian music for us and he duly obliged, creating a heavenly mix that takes in some of the exciting new names in a Brazilian experimental scene that has been connected and encouraged by the Internet (blogs, mixes, netlabels) in a way that wouldn’t have been possible in the past. Prominent names include Barulhista, Ceticências, Cacique, Abdala, Vinolimbo, Efeito Horizonte and countless others who are shaping a new Brazilian dynamic of minimalism and ambient sounds. Surely, you’ve not heard Brazilian music like this before!

Cover artwork based on a photograph by Rene de Paul Jr.