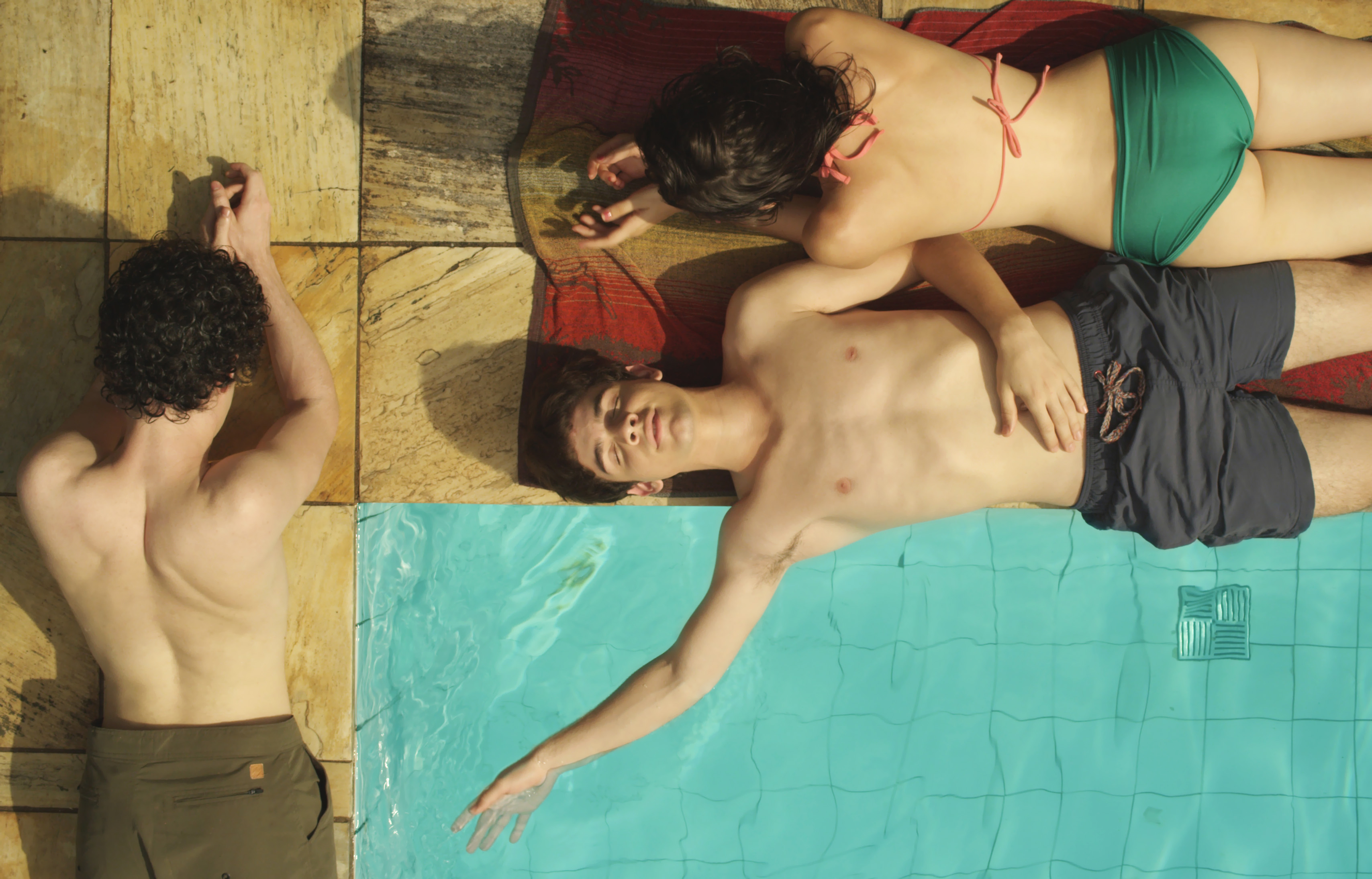 The Way He Looks

Teenage love is a simply complicated thing, and Brazilian director Daniel Ribeiro’s The Way He Looks does not muddle its lens. With an adorably twee soundtrack and a twist on the coming-of-age love triangle, Ribeiro’s first full-length feature is heart-warming in its real, very human portrayal of finding love and growing up for three São Paulo teenagers.

With a beautifully shot opening scene of best friends Giovana and Leonardo hanging out head-to-head poolside, Ribeiro establishes the intimate, sometimes claustrophobic feel of The Way He Looks. Leonardo is a charming, sweet, blind teenager who is coddled by everyone around him, from his best friend Giovana to his mother and father. He never walks home alone. He’s never been kissed. He has to tell his parents where he is at all times. The film unfolds through Leo’s eyes, his need for freedom, and the awakening of his desires in the midst of loved ones who, albeit with the best of intentions, end up keeping him in close quarters.

The Way He Looks is subtle and sweet in the treatment of its characters. At no point do we feel that Leo’s parents or the loyal, yet maybe in love with him, Giovana are purposefully suffocating. But when Gabriel, the handsome new kid in school, steps into the scene, we feel the breath of fresh air that his irreverent questions (he often forgets that Leo is blind and asks him if he’s seen a viral cat video or if he wants to go to the movies) and unabashed teenage taste (he listens to Belle and Sebastian and not classical music like Leo is used to) bring into Leo’s closed circuit life.

In many ways, The Way He Looks is like any other teen romance: outcast school kid and his best friend sidekick meet handsome new boy who everyone wants, but who ends up only having eyes for the ugly duckling of the school. But because of Leo and Gabriel’s same sex attraction, which is handled seductively yet innocently, and because of Giovana’s reaction and the overall playfulness of the film, The Way He Looks succeeds in being original and even revolutionary. Where the film could fetishize desire, it handles it with its age-appropriate kidgloves. Where it could fall into stereotypes, it fleshes out the characters. Where it could place it all in a foreign setting, it still uses the teenpic tropes that make it reachable to a larger audience.

As Leo’s attraction for Gabriel unfolds, the film shows a series of detailed moments: Gabriel leaves his hoodie in Leo’s house and Leo smells it, wraps his body in it, sleeps in it. Leo practices kissing by pressing his lips on the steamy shower door. While at a school overnight trip, before confessing their attraction, Leo and Gabriel shower together, and the camera pans over Leo’s back, as if Gabriel’s eyes were following the contours of his body. All of these scenes are sexy without being sexual — there is still a discovery and a teenage first-love innocence to all of these subtle encounters. This makes a film of gay teen love feel teen and not adult.

The best-friend-in-love-with-her-gay-best-friend trope is also more fleshed out and respected in Giovana’s reaction to Leo’s love confession. When he tells her he feels for Gabriel, she retreats like a wounded lover but returns after thinking it through. Throughout the film, you generally feel her loneliness at being left out (three is a crowd in many points of the film), and her love and maternal care for Leo mask a deep need within her for them to be romantically linked. She is not a flat sidekick by any means, and in many ways, she’s a teenager in love in the same way that Leo is. The bullies in school that teased the young gay couple before they were a couple end up eating their words as Leo and Gabriel leave the school holding hands. All of these turns in the story end up making it more original, albeit admittedly rose-tinted. There seem to be no difficulties outside of Leo and Gabriel’s own denial in their romance, something that is doubtful given Leo’s protective parents. The bullies in school end up not reacting to their being together. All of these points make the conflict disappear into thin air—but the film seems to not be preoccupied with being a larger commentary on gay love.

Yes, at parts, the film dragged. There is an endless party scene where the teenagers get drunk, play spin the bottle, and Gabriel kisses Leo and then doesn’t address it. The pace is slow as molasses, and it seems almost like the film ran out of content and had to stretch it to fit. But at the same time, the focus on every detail as colossal is very pre-pubescent, a tone that the film respects and carries throughout. Ultimately, The Way He Looks is a teen romance, nothing more and nothing less. It’s adorable and sweet and ends the way you would want it to end and, in that sense, there seem to be no real complications beyond, “I like him. Will he like me?” But that’s in a way its power: very rarely do we see a gay teen romance handled exactly as simply as a straight teen romance. And that’s the strength of the film. It’s a nice, clean, feel good romance, well acted and beautifully shot. It will not challenge the audience a lot — but sometimes, that’s a perfectly OK way to be.

The Way He Looks is showing as part of the Brazil Film Fest Toronto on Saturday November 29th. More information on the screening, including link to buy tickets at brazilfilmfest.net/2014/?page_id=77