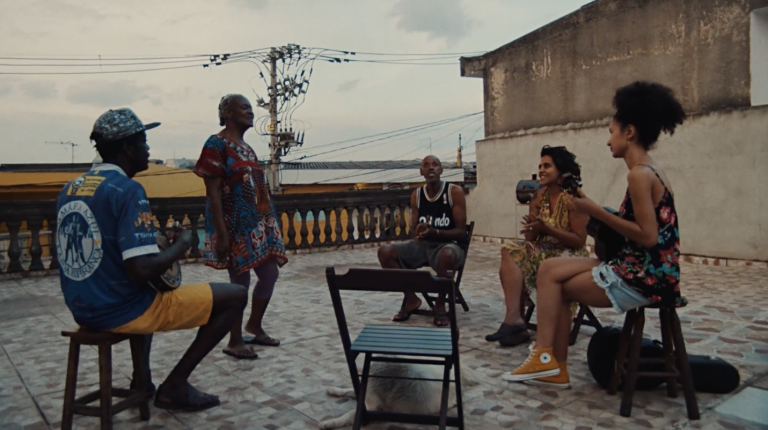 The short films Uproar and Breaking the circle part of WOMEX 20 Digital’s Film Programme, bring the gender debate in music traditions in Latin America to light. Discussions about sexism in music traditions is much needed in Brazil and Cuba, where these films are set. In both countries, not only do lyrics sometimes describe women by sexualising them, but also their abilities as musicians can be seen as inferior to men’s. Uproar, for example, shows a Cuban musical tradition where women can’t participate (nor can LGBTQ people). In both films, we learn from women who are trying to break these barriers and challenge stereotypes.

Uproar is set in Havana, Cuba, and shows the group ‘Rumba Morena’, a band composed of nine Cuban drummers, dancers and singers, all performing with astounding passion and energy. Director Moe Najati and producer Georgia Woolley developed this film with a low budget over two years. In their crowdfunding campaign, they said: “The project has been an ambitious undertaking since its inception… To tell the stories of people often overlooked within their own peer group, let alone in society, has been central to the ambitions of the film since we began.”

Breaking the circle, directed by Tobias Nathan, is set in Brazil and presents samba groups ‘Sambadas’, ‘Moça Prosa’ and ‘Samba Que Elas Querem’. Nathan interviews members of these samba groups composed only of women, talking about their experiences as female musicians playing a tradition still seen as predominantly male.

Tobias Nathan mentioned that his initial focus was to talk about women entering in the samba tradition, but after filming the interviews, he decided to let the film take its course and become something else, an even bigger debate related to gender and sexism in music. He said that during interviews, he realised what he thought was so beautiful – samba music – is a little darker than he was aware, saying that “it had some really contentious and interesting stuff buried in it.” In the film, female musicians talk about how they cannot make a mistake, how they have to be perfect to be respected, while men make mistakes all the time, but that this is acceptable. It is a beautiful film that shows the struggle and enormous energy of women that found in samba a way to feel alive and cause to defend.