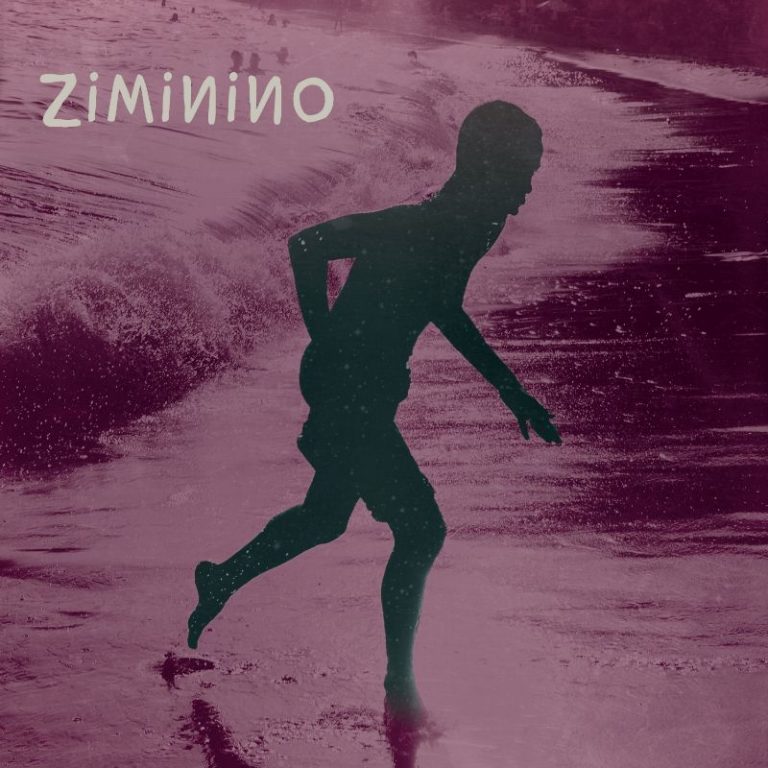 Africanness in Brazil has (almost) always been on the sidelines. In the past there was not a huge amount of talk about the ancestry of Brazil’s black population. When it was spoken about it was in a moderate form, without touching on the “controversy” of racism and the discrimination of Afro-Brazilian culture and religions. But things are changing, even with the retrogression that has been introduced in the country of late.

Despite their vulnerability (imposed by the conservative and racist thoughts of the current Brazilian government), black people have made their voice echo more and more in spaces that were previously denied. This has bothered the elite and their reactionary ideals. But this is the moment. The revolution is only just beginning. This is what Ziminino address on their self-titled debut album.

Masterfully, the trio (Boima Tucker, Rafa Dias and Ricô Santana) join rhythmic elements of African descent, characterized by the drumming of candomblé drums (tambores), with soul, funk, trap, bossa nova and electronic lines. Their music becomes an Afro-Futuristic experimentalism. It would be a mistake to put it in some kind of box, as it does not fit into genres, but talks to all of them.

Ziminino is available from Bandcamp