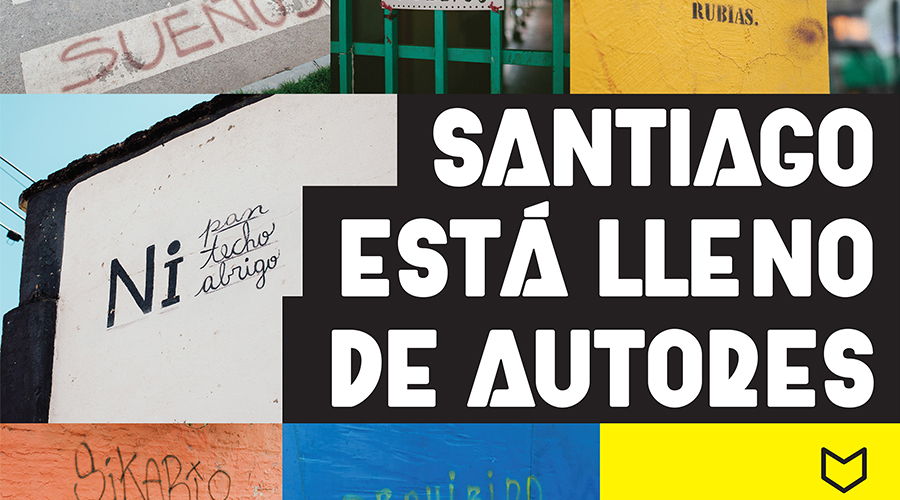 “And one by one the nights between our separated cities are joined to the night that unites us.” Pablo Neruda

In 1949 my Russian family travelled from Shanghai to Santiago. In 2014 I finally decided to travel to Chile. Perhaps it was my passion for the Spanish language and the thrill of attending a book fair in such a faraway land. Perhaps it was simply the joy of celebrating the 100th birthday of one of my favourite poets with my distant relatives in the Atacama desert.

Nicanor Parra regarded himself as an anti poet, he believed in contradictions and the impermanence of art. He was known for ending his readings with the line “Me retracto de todo lo dicho”(“I take back everything I said”) and was an inspiration to poets of the beat generation.

The 34th International Book Fair of Santiago (FILSA 2014) took place inside a restored railway station called Estación Mapocho. Organisers estimate that more than 260,000 people attended the fair this year. The fair is one of most important cultural events in Chile and includes new releases, classics, fiction, essays, comics and picture books, music recitals, plays, films and storytelling. There were 148 stands, a children’s pavilion and an exhibition of independent publishers. It was inaugurated by the Chilean president Michelle Bachelet and paid tribute to literary greats like Nicanor Parra, Roberto Bolano, Gabriela Mistral, Julio Cortazar, Pablo Neruda and Octavio Paz.

The first few days of the fair were dedicated to networking training and development. There were sessions on personal brand strategy, meetings with editors and sessions on new models of distribution. The attendees were young and motivated and my passion to learn Spanish kept me tied to my seat. School groups had the opportunity to talk directly with writers: Alfredo Bryce, Luis Sepulveda and Antonio Skarmeta. New translated works included books by Patrick Modiano, Milan Kundera, Ken Follett and Henning Mankell. There were fascinating documentaries about Violetta Parra, Gabriel Mistral and Nicanor Parra and numerous screenings of Skarmeta’s Burning Patience.

There were over 200 local Chilean writers at the fair and a large number of launches and book signings. The award-winning Chilean writer Lucia Guerra, launched her new book Tracks of Lucifer (Ceibo Ediciones, 2014). Journalist Beatriz Sanchez launched her book Powerful: Interviews With Chilean Women In Power (Random House Mondadori, 2014). The book contains interviews with Michelle Bachelet, Melissa Sepulveda, Evelyn Mathei, Lily Perez, Camila Vallejo, Carmen Gloria Lopez, Isabel Allende and Barbara Figueroa. The young Mapucho writer Fernando Pairican launched Malon ( Penhuen Editions, 2014). The book examines the history of the Mapuche movement, its quest for self-determination and the partnerships between the state and the business sector to neutralize it. After five years of online publication Victoria Rubio’s comic book Lesbilais was published by Biblioteca de Chilenia. Mexican and Argentinian writers had a strong presence at the fair. Pablo Katchadjian (author of El Aleph Engordado) and other emerging Argentinian writers participated in a wide range of Latin dialogues. Katchadjian, who is no stranger to controversy added 5,000 more words to Borges´s classic short story The Aleph. Although only 200 copies of His story El Aleph Engordado (The Fattened Aleph) were printed, Borges’ widow (and owner of his estate) still decided to sue Katchadjian for copyright.

There were talks on the translation of Latin American novels with guests Maria Nicola (Italy), Robert Amutio (France) and Zavagna Giulia (Italy) and a fascinating keynote by the Executive Publisher of Babel Libros in Colombia. Maria Osorio began her work in the Colombian Association for Child and Youth Book was later deputy director of Fundalectura where she created the Journal of Children’s Literature. Her talk addressed the importance of book distribution and the role of family and non-traditional agents. The Brazilian poet and novelist Silviano Santiago was granted the Jose Donoso prize for his wonderful explorations of minorities and gender relations. The Pablo Neruda Foundation organised various readings and launched a collection of Neruda’s unpublished poems. It is only recently that Chilean literature has begun to explore the dark years of the Pinochet regime and the younger generation of Latin American writers were well represented at the fair. The Chilean poet, novelist, and literary critic Alejandro Zambra (1975) spoke about his book Ways of Going Home. The Chilean journalist Diego Zuniga (1987) launched his second book Racimo. Peruvian-born Daniel Alarcon (1977) launched his novel At Night We Walk in Circles (Riverhead Books, 2013).

During the dictatorship, writers, illustrators, and activists circulated handmade books. Today, there is still a strong belief in the importance of shared literary activities and the political power of literature. Literary events and launches provide a wonderful opportunity to immerse oneself in the diversity of Chile’s literary scene. Approximately 40% of the publishers spoke English ― this provided me with the opportunity to pass around the books that I had bought from Australia. These fascinated the small publishers that I met, who were keen to learn more about independent publishers in Australia.

Many of the talks and dialogues of the fair were dedicated to Latin dialogues. There were panels with emerging Latin American writers, poetry slams with poets Seo2 (Makiza) and Jimmy Fernandez (La Pozze America) and a large range of cultural activities. The range of Latin topics was broad and included sessions on social rights and education, social stratification in Latin America, abuse of power by government forces, corruption in the justice system, gangs drug trafficking and violence. There were a large number of books on exile, revolution and revolt, sessions on revolutionary poetry. Aleida Guevara (daughter of Ernesto Che Guevara) discussed the thoughts of her father, his ideology, his view of the world and his contribution to Latin American culture.

It is difficult to fully appreciate the depth of a country when you don’t speak their language ― that is not to say that I didn’t try. I travelled to Valparaiso and named her stray dogs. I watched the student demonstrators march by and took tours into the Andes. However, I didn’t travel to South America to understand the complexities of a country. I travelled to South America to understand the complexity of myself ― to meet my family and remind myself that I have ties with a fascinating continent. Wittgenstein once said “the limits of my language are the limits of my world.” It was a privilege to attend a book fair where I understood so little. So little and so much at exactly the same time .