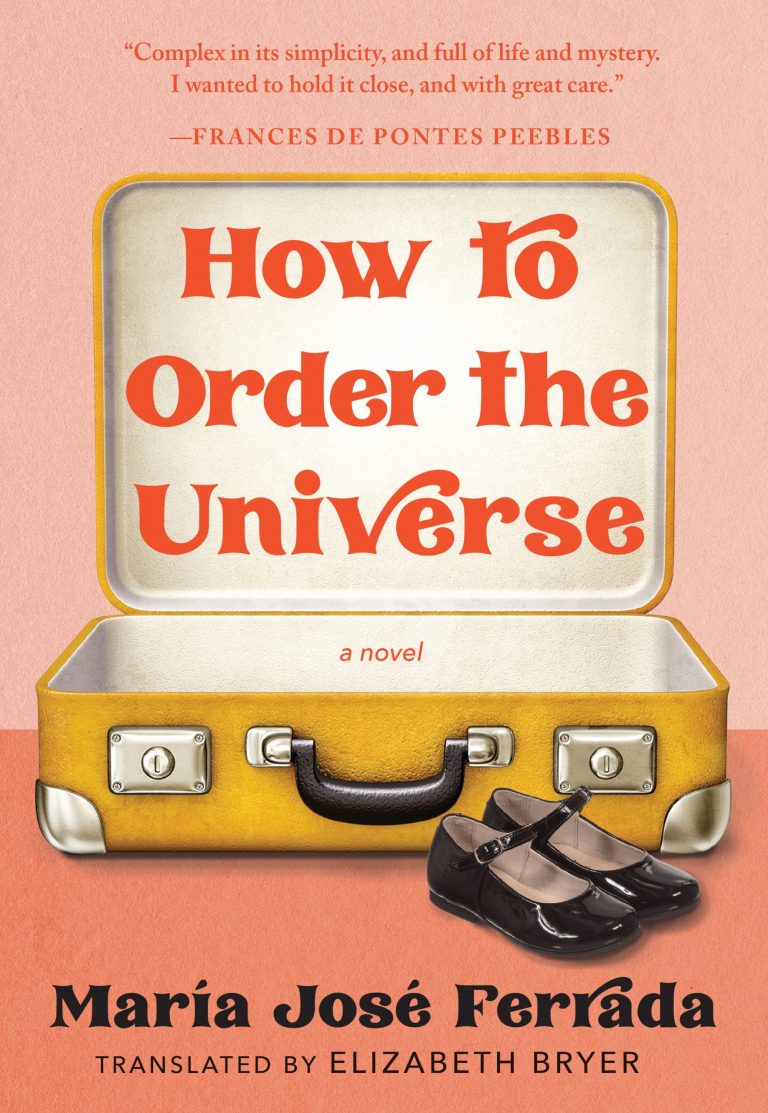 Alphabetizing Childhood: ‘How to Order the Universe’ by María José Ferrada

María José Ferrada, who has historically written children’s novels, published Kramp, her first novel aimed at adults, in her native Spanish in 2017. It is published in English as How to Order the Universe, translated by Elizabeth Bryer.

The story follows a seven-year-old girl, M, in Pinochet-era Chile, who narrates the events reflectively as the plot unfolds through the eyes of her younger self. The original title, Kramp, references the brand of hardware products M’s father sells during his trips around Chile as a traveling salesman.

The childish inflections in speech and the naïve perspective M provides us expose the author’s roots in children’s literature, but the topics discussed in the novel are far more mature than the first couple of pages may suggest. In fact, it is the perspective afforded to us by an immature narrator that makes the novel all the more poignant.

M’s inclination to categorise and enumerate her experiences and her surroundings is all too familiar and this childish tendency reveals the copious amounts of unspoken categorisation we employ as adults thoughtlessly. While not everyone uses Kramp catalogues to recognize their surroundings as religiously as M, one may see shadows of their own interpretative codes in the narrative. An infantile tick that may, on the surface, seem frivolous uncovers some of the patterns that influence an older M’s understanding of the world.

This oscillation between childish fantasy and grave real-world significance extends to far more serious topics, like the unsaid trauma M has as a result of the political precariousness of her surroundings, cumulating in her witnessing the murder of E, a photographer M and her father take under their wing. The ‘ghosts’ E spends time catching are slowly revealed to be something more nefarious and we get glimpses of her mother’s activities in the university and speculate about what it might mean. Figures of authority loom over the text. M only spends time with adults and the adults in her life are in turn restricted by their own figures of authority. M’s frustration with her father, D, when he limits her access to money seems to be a microcosm for the other forms of restrictions put on the characters in the novel.

The historical context of the book is ever present but faced with the problem of telling a story that is set in a historically fraught period, Ferrada chooses to err on the side of caution. The novel resists the urge to make sweeping statements about the socio-political situation in a Chile set in the late 20th century, focusing instead on its effects on M and her family at an almost granular level.

M’s slow disillusionment with D in the later parts of the book model an introduction to reality and adulthood as she leaves the life of a traveling salesman behind her. Just as the Kramp catalogues disappear from her father’s life, she too abandons her attempts to order the universe using its pages.

The change of the novel’s title from Kramp to How to Order the Universe for its translated version is an apt one, allowing for the urge behind M’s conception of Kramp to peek through. The book itself is short, the language is very accessible, and it can be comfortably read in one sitting, but this ease readers may feel is quickly shattered once they notice the shadows creeping behind M’s adventures with D and the other traveling salesmen. The narrative is structured so that when M’s innocence is shattered, readers feel theirs cracking in turn.

How to Order the Universe is honest, endearing and nostalgic – it seems to scratch an urge one didn’t even know they had. Its length and accessibility may make it the perfect novel to pick up on a Sunday afternoon with a cup of tea, but that doesn’t mean readers will won’t feel touched and maybe even queasy at times.

How to Order the Universe is published by Tin House and translated by by Elizabeth Bryer It is available to purchase from Barnes and Noble (US) and Blackwells (UK).