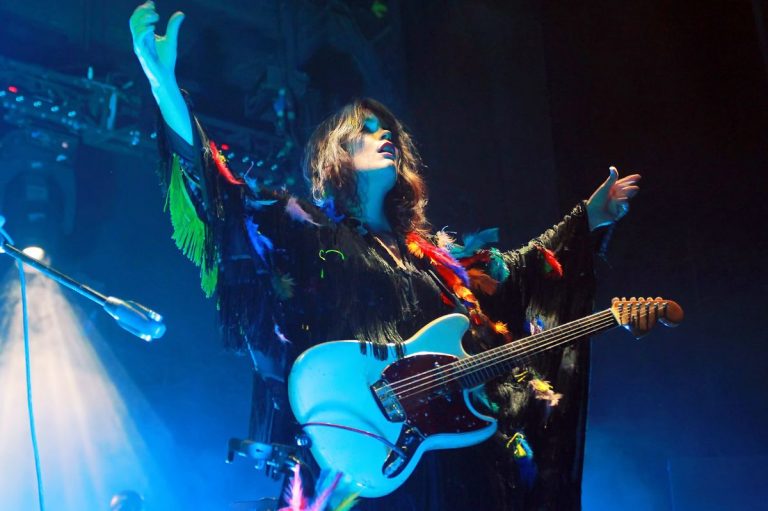 The latest release comes as a part of the Chilean folk-rock singer’s multi-format Pangea project.

The onstage break comes as an opportunity for the folk-rock star to pursue different artistic avenues to complete her expansive multi-disciplinary Pangea project, which encompasses two CDs, a documentary, a book, a comic and an animation short.

Last week, Moreno released Pangea Vol. 1, a live recording of a 2017 show in Santiago’s Teatro Oriente, which includes some of her most well-known songs from her decade-long career, (“Te Quise”, “Tu Mamá te Mató” an “Cae y Calla”), with the exception of “Milliones”, which was recorded during the performance at Capulican with Valdebenito.

Meanwhile, the singer’s documentary, also titled Pangea premiered recently at Festival Internacional de Cine de Guadalajara. It features clips from the 2017 Oriente show and explores how Moreno and her team created the live spectacle, with interviews and behind-the-stage features. Pangea will be screened to US audiences at events in New York and California at the end of May / beginning of June. The Chilean premiere is set for April 27th during the Santiago edition of the In Edit music documentary festival.

Moreno released a new single “‘El Origen del Arcoiris” last year. It is slated to be part of the next album, Pangea Vol. 2. Set for release in the latter half of 2019, the album will feature a selection of unreleased material and new songs.