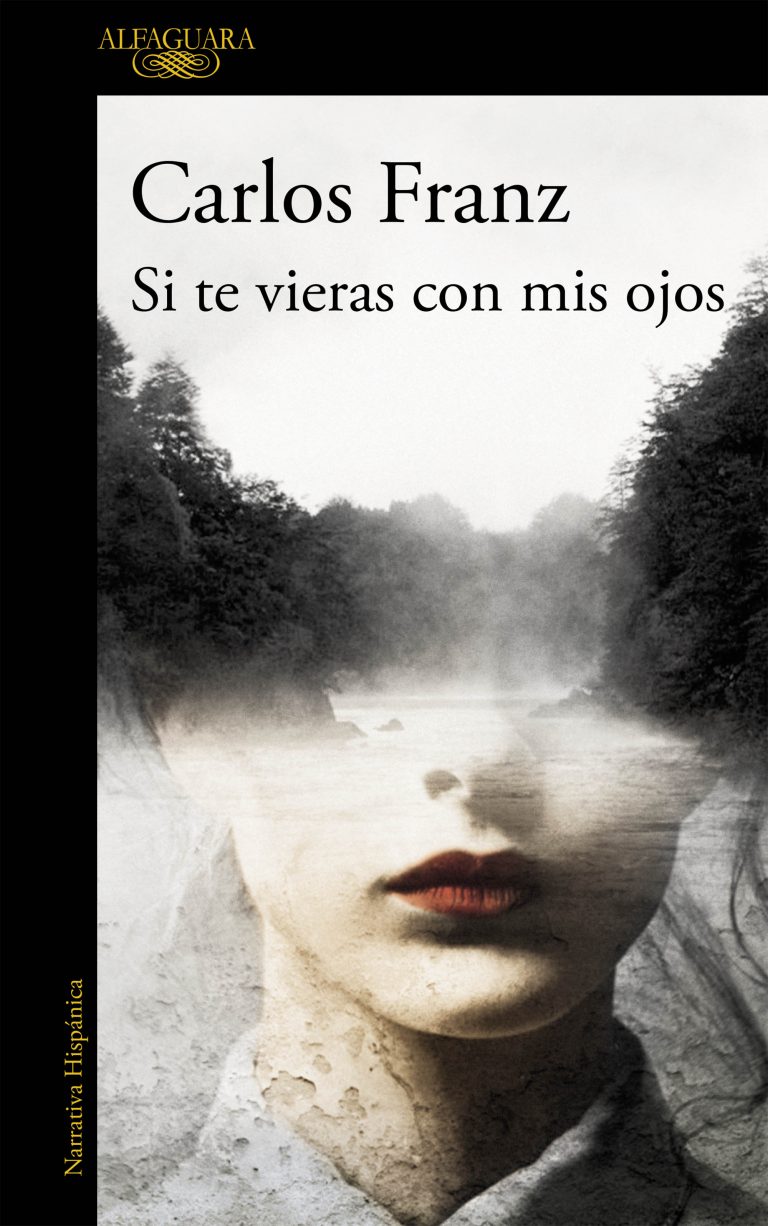 “You hated him because he represented the science which wanted to explain landscapes and love transforming them into definitions.” (p. 217)

A 25 year old Charles Darwin meets his romantic adversary, the German-born painter Johann Moritz Rugendas, in the fierce Mount Aconcagua before taking hallucinogenic drugs stolen from a 300-year-old frozen sacrifice to the ancient gods, and has a premature glimpse into the theory of evolution that will change the course of human history.

If you think this is too ridiculous even to be published, then think again, because Si Te Vieras Con Mis Ojos (If You Could See Yourself With My Eyes) has won the Premio Bienal Mario Vargas Llosa 2016 (a rough equivalent to the Man Booker Prize for texts written in Spanish, but covering works that have been published over the course of two years, rather than one).

Most critics have spoken of a love triangle governing the dynamics of the novel, yet they seem to have forgotten it is actually a quadrangle. The indomitable Carmen Arriagada is the epicentre of attention, a sensual aristocratic polyglot who goes to the harbour in Valparaíso (Chile) to collect boxes of books brought especially from Europe for her. She betrays her limping husband, Colonel Gutierrez – a military hero in his time, now in decadence – with the German painter Rugendas, before attracting Darwin’s attention.

Three world views clash in this triad of male characters: military institutionalism, romanticism and scientific-rationalism bounce against one another as these characters switch all too often between rivalry and friendship. Carmen, on the other hand, appears to be the only character able to negotiate and reconcile these different viewpoints.

All four characters have a factual basis, though fictionalized for novelistic purposes. The extensive epistolary love correspondence between Carmen and Rugendas that actually took place works as the rough source of information that Franz carves into a love story. Then the author takes advantage of the historical fact that Darwin and Rugendas happened to be staying in Chile at the same time, and so included the British scientist in the plot to develop the theme of antagonistic approaches used to describe the world.

A peculiar second person narrative voice – which we intuit to be Carmen – addresses Rugendas and simultaneously attempts to tell their story from his point of view. In other words, Carmen’s voice narrates their story, while trying to imagine the events from the perspective of her lover, situating him at the centre of the stage.

This narrative choice pays tribute to the title of the book, an interesting rewriting of Frida Kahlo’s famous aphorism which works as epigram of the first section: “If I could give you something in this life, I would like to give you the capacity of seeing yourself through my eyes.” The novel explores stylistically this idea of reflective perspectives that arises from one of Rugendas’s most admired masters: in Diego Velázquez’s “Venus del Espejo” the spectator can only see a mirror reflection of Venus’s face, rather than the thing itself.

Franz does not score points in subtlety when it comes to the use of contrast in what has become my favourite chapter in the novel: a public debate between Darwin and Rugendas on the nature of love, moderated by Carmen. For the scientist love constitutes a myth invented by our species to disguise our need for reproduction. For the artist, Darwin’s view merely responds to his personal inability to feel love. The reader is the judge of this contest between two competing worldviews.

The verdict: A unique use of the second-person narrative voice used to tell a highly imaginative plot that raises fundamental questions about the ability of science to explain our world.

Si Te Vieras Con Mis Ojos is published by Alfagura and is available from Amazon UK and Amazon US.